Deng Lun is a promising Chinese actor who gained popularity with his strong performance in the critically acclaimed period drama 'White Deer Plain'. Starting his acting career in 2013 with the Chinese TV series 'Flowers in Fog', he starred in a number of popular TV series like 'Promise of Migratory Birds' and 'Because of You', among others, winning over the viewers with his poignant and realistic performances. The number of awards he has won so far is a proof of his acting talent. He is the recipient of the Video Star Award 2016 in the category of 'Influential Young Actor of the Year' and won the 'Most Promising Actor' award at the ‘14th Esquire Man At His Best Awards’ in 2017. He also recieved the 'Popular Artist of the Year' award at the 6th iQiyi All-Star Carnival in 2017 and the Rising Actor award at the 9th China TV Drama Awards the same year. At present, Deng is playing the main role in the Chinese drama 'Graduation Season', which is currently under production. Hans Zhang
Actors #2525
Film & Theater Personalities #5321
DID WE MISS SOMEONE?
CLICK HERE AND TELL US
WE'LL MAKE SURE
THEY'RE HERE A.S.A.P
Quick Facts

Chinese People
Tall Celebrities
Tall Male Celebrities
Libra Actors
Chinese Actors
Career
Deng Lun started his acting career in 2013 with the Chinese television drama ‘Flowers in Fog’. Producer Chiung Yao selected him personally to star in her series. Soon, he got noticed and the viewers admired his performance. In 2014, he appeared in the Chinese period drama ‘Moment in Peking’, based on Lin Yutang’s novel of the same name. The following year, he did two dramas, ‘Dai Jia Lao Ba’, and ‘Ai Qing Shang Shang Qian’. His performance in the 2016 television drama ‘Promise of Migratory Birds’ was much praised. His popularity continued to rise with the romance series ‘Ode to Joy’, a 2016 television series based on a novel of the same title by A’nai.
In 2017, Deng performed in the popular drama ‘Because of You’, based on a Korean drama named ‘Jang Bo-ri is Here!’ The series became very popular and was rated number 1 throughout its run. Deng also earned appreciation for his performance. In the same year, he starred in ‘Magic Star’. His performance in the period drama ‘White Deer Plain’ in 2017 garnered rave reviews. He was also liked in the 2017 drama ‘Princess Agents’, based on the novel ‘11 Chu Te Gong Huang Fei’ by Xiao Xiang Dong Er.
In 2018, Deng will be seen in a number of dramas like 'The Gods', 'Hai Tang's Rouge Shines Through in the Rain', 'Heavy Sweetness, Ash-like Frost', and 'Sweet Dreams'. He will also appear in 'Ran Qing Da Di' and ‘Graduation Season’, which are currently in production.
You May Like

Actors Who Are In Their 20s
Chinese Film & Theater Personalities
Libra Men
Continue Reading Below
Personal Life
Deng Lun was born on October 21, 1992, in Shijiazhuang, Hebei Province, China. He graduated from the Shanghai Theatre Academy. 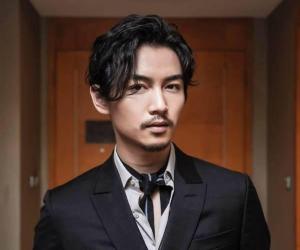 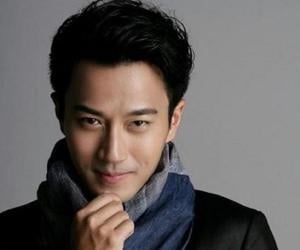