Advanced Search
Jose Maria Borja Viceral, better known as Vice Ganda, is a Filipino multifaceted personality, excelling as a standup comedian, actor, TV presenter, recording artist, writer, and fashion guru. He is widely acclaimed and instantly recognizable as the host-cum panelist of the midday TV program ‘It’s Showtime’ presented by ABS-CBN. He is also popular as an accomplished standup comedian, belting out comedic performances where he lampoons human sexuality and satirizes Filipino culture. He has starred in a string of movies, six of which have been huge commercial successes, setting records as being amongst the highest grossing films in the history of Filipino movie industry. Vice Ganda commenced his professional career as a singer and soon graduated to performing as a standup comedian. He landed a job as a singer-cum-comedian in a bar in Manila where the owner Richard Castaneda accorded him the epithet ‘Vice Ganda’ that stuck. As he evolved over the years, he chiseled his inimitable style of humor, harboring on his sardonic brand of sexuality, situational satire, and scathing mimicry of archetypal demeanor. Vice effortlessly moved onto the small screen, emceeing a series of programs and shows including ‘Comedy Central’, and ‘Maging Sino Ka Man: Ang Pagbablik’ as well as making guest appearances sending audiences into splits. Ganda’s forays into the celluloid realm and music industry have also brought him fame and glory. Bea Alonzo
31st March In History
DID WE MISS SOMEONE?
CLICK HERE AND TELL US
WE'LL MAKE SURE
THEY'RE HERE A.S.A.P
Quick Facts

See the events in life of Vice Ganda in Chronological Order 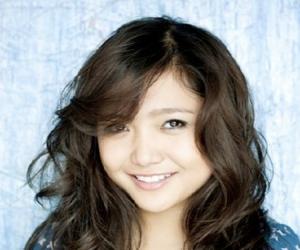