Coco Martin, born Rodel Pacheco Nacianceno, is a famous Filipino actor, renowned for his critically acclaimed work in indie movies and a number of TV series. He has won immense appreciation for his work, including a number of ‘Best Actor’ awards and nominations. The list of awards that he has won include the ‘Young Critics Circle,’ the ‘Golden Screen Award,’ the ‘Gawad Urian Award,’ and the ‘Anak TV Seal Award.’ He spent most of his childhood with his grandmother. Growing up, he worked several odd jobs, until he was spotted by a talent scout while waiting tables. This led to him to join the agency ‘Star Circle,’ through which he got his first acting break. Although he has a degree in hotel and restaurant management, acting was his true calling, and he finally made his mark with a lead role in the indie film ‘Masahista’ (‘The Masseur’). Martin made his debut as a director and producer with ‘Ang Panday’ (2017), a Philippine epic fantasy action film.
Continue Reading Below Filipino People
Scorpio Actors
Filipino Actors
Actors Who Are In Their 40s
Filipino Film & Theater Personalities
Childhood & Early Life
Coco Martin was born on November 1, 1981, in Novaliches, Quezon City. His parents were separated. Thus, he was raised by his grandmother, who was a moneylender. As a child, he was known as “Deng.”
He earned a degree in hotel and restaurant management from the ‘National College of Business and Arts’ in Fairview, Quezon City, in 2002.
He also worked in Canada, as an ‘Overseas Filipino Worker’ (OFW), but had to return in a year, as he was unable to find a permanent job there.
Continue Reading Below
You May Like

The Hottest Male Celebrities With The Best Abs
Movie Career
He got his first break as part of the ‘Star Circle Batch 9,’ during his stint with the ‘ABS–CBN’ talent agency ‘Star Magic.’ His first-ever appearance in a movie was in a supporting but credited role in ‘Luv Text’ (2001).
His first acclaimed appearance was in the indie movie ‘Masahista’ (‘The Masseur’) in 2005, which earned him a ‘Young Critics Circle Best Actor Award’ in 2006. He later starred in another indie film, ‘Summer Heat,’ in 2006.
He appeared in a number of other movies and garnered awards for his roles in the indie movies ‘Daybreak’ (2008) and ‘Jay’ (2008). He won the ‘Gawad Urian Award’ for the ‘Best Supporting Actor’ that year for ‘Tambolista.’
In 2009, Martin appeared in a leading role in the movie ‘Kinatay.’ The movie premiered at the 62nd ‘Cannes Film Festival’ and won the ‘Best Director Award.’
He starred in his first mainstream movie ‘Sa 'yo Lamang’ in 2010.
He continued working in commercial and indie movies, such as ‘Born to Love You’ (2012), ‘A Moment in Time’ (2013), ‘Maybe This Time’ (2014), ‘Feng Shui 2’ (2014), ‘You’re My Boss’ (2015), and ‘Beauty and the Bestie’ (2015).
His latest movie appearance in a lead role was in ‘Ang Panday’ in 2017, which he also produced and directed. The movie received mixed reviews from critics.
Martin’s vision is to write, produce, and direct more of his own projects, mainly indie films, his first path to fame and recognition.
Television Career
In 2008, Martin was cast as a regular member in the daily matinee soap ‘Ligaw na Bulaklak.’ This was soon followed by a role in the primetime drama ‘Tayong Dalawa’ in 2009. This role earned him the award for the ‘Best Drama Actor’ at the 2009 ‘Star Awards for TV’ and catapulted him to TV stardom.
Continue Reading Below
He later bagged a role in another afternoon soap, ‘Nagsimula sa Puso,’ in 2009.
He joined the cast of ‘Kung Tayo'y Magkakalayo,’ ‘ABS–CBN's primetime drama, and got his first leading role in the miniseries ‘Tonyong Bayawak’ in 2009.
He was cast in the musical comedy–drama show ‘1DOL’ in 2010, alongside other famous Filipino actors, such as Sarah Geronimo and Sam Milby. However, the show was canceled after 35 episodes.
He bagged the lead role in the highly acclaimed series ‘Minsan Lang Kita Iibigin’ in 2011. Martin won several ‘Best Actor’ awards for his portrayal of twin brothers ‘Alexander’ and ‘Javier Del Tierro.’ In 2012, he won the title of the ‘Prince of Philippine Television’ at the 43rd ‘Guillermo Mendoza Awards.’
In 2012, he starred in the romantic-drama series ‘Walang Hanggan,’ alongside Julia Montes, with whom he shared great on-screen chemistry. The duo became the ‘Prince and ‘Princess of Philippine Television’ for this show, in 2013.
Martin then starred in the period drama ‘Ikaw Lamang’ in 2014, with his co-stars from previous series, most notably, Julia Montes, Kim Chiu, and Jake Cuenca.
In 2015, he was seen playing the lead in ‘FPJ’s Ang Probinsyano,’ the TV adaptation of the film of the same name. The show achieved all-time high ratings and will continue to air till 2018.
Martin subsequently earned more awards and received the title of the ‘King of Philippine Television’ for his performances.
Awards & Achievements
He won the title of the ‘Prince of Philippine Television’ for two consecutive years, 2012 and 2013.
Personal Life
He is a devotee of the Black Nazarene. He is married to Rozhie Hilario since 2014, although there have been unsubstantiated rumors of his affair with his co-star Julia Montes.
It was also suspected that Martin had fathered a child with actor Katherine Luna. However, a DNA test recently confirmed that he was not the father of Luna’s child. He, however, still paid for child support and urged Luna to save it for the child’s future.
Trivia
Martin worked as a janitor and a personal aide when he was in Canada as an ‘OFW.’ However, he had to return home soon, as he was unable to secure legal documentation.
At times, he has problems delivering his lines because of a speech impediment known as lisp.

See the events in life of Coco Martin in Chronological Order 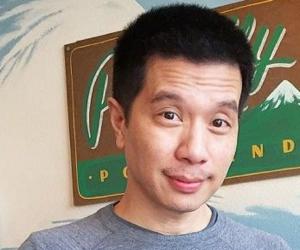