Jane Fonda is a versatile actress who has won several prestigious awards over a long and illustrious career spanning more than five decades. The beautiful and talented lady has evolved from just being an actress to become a fitness icon and also an outspoken feminist and political activist. Acting came naturally to Jane whose father was the legendary actor Henry Fonda, so it was no surprise when the pretty young girl expressed her desire to get into films. Even as a child she would watch movies and act out the scenes with her brother, Peter who too became an actor in future. She rose to fame in the 1960s with a string of successful films like Tall Story and Cat Ballou which helped her create her own identity as a Hollywood star beyond her identity as the daughter of a famous actor. Her luminous beauty and seductive charms earned her the image of a sex symbol. However, the talented actress never let the media typecast her. She proved to the world that she was a versatile actress who could play any role with the same dedication and perfection. She reinvented herself as a fitness guru and produced and starred in several exercise videos during her later years. Tom Hayden
DID WE MISS SOMEONE?
CLICK HERE AND TELL US
WE'LL MAKE SURE
THEY'RE HERE A.S.A.P
Quick Facts

Jane Fonda was born as Lady Jayne Seymour Fonda on 21 December 1937, in New York City, to Henry Fonda and Frances Brokaw. Her father a very famous actor and was counted amongst the best actors of the 20th century. Her mother was a socialite.

Exposed to movies and acting from a young age, she used to enact the scenes she had seen in the movies with her brother.

Tragedy struck when Jane was 12—her mother, depressed over her marital problems committed suicide. Her father was a cold and distant man who never developed any emotional bonding with his children.

She attended Emma Willard School. She was very talented and ambitious even as a teenager and she taught dance at Fire Island Pines, New York, when she was 15.
She enrolled at Vassar College, and while there she went to Paris to study art for two years. She returned to U.S. in 1958 and studied acting under Lee Strasberg. 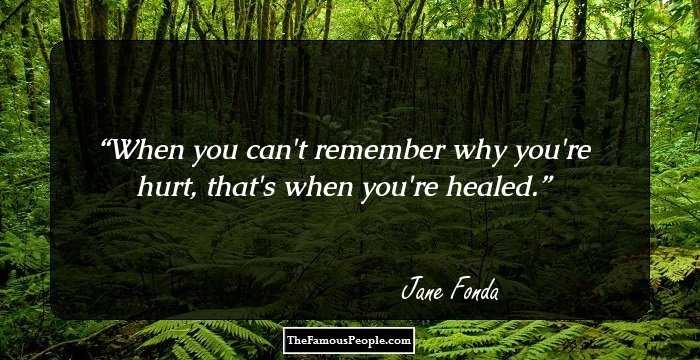 Jane Fonda was active on the stage during the 1950s which formed the foundation for her Hollywood career. She made her debut with the romantic comedy Tall Story opposite Anthony Perkins in 1960 in which she played a cheerleader who pursues a basketball player.

She was very prolific during the early 1960s doing several movies in a year. She got her first Golden Globe Award nomination for the Best Actress for the movie Period of Adjustment (1962) and another one for Cat Ballou (1965).

In 1969, , she portrayed Gloria Beatty in They Shoot Horses, Don’t They?—a drama film directed by Sydney Pollack. Her role was critically acclaimed and she won several awards and nominations.

She played the prostitute Bree Daniels in the dramatic film Klute in 1971. In the movie her character helps a detective in solving a missing person case. The movie also starred Donald Sutherland and Charles Cioffi.

After a series of not-so-memorable films in the mid-1970s, she appeared in the drama film Coming Home in 1978. The story revolved around a love triangle among a young woman, her husband and a paralyzed Vietnam War veteran. The movie was critically acclaimed and won several awards.

She welcomed the decade of 1980s with the hit movie 9 to 5 in which she starred alongside with Dolly Parton, Lily Tomlin and Dabney Coleman. The comedy was a huge commercial success.

Jane Fonda, who had lost her mother as a young girl wanted to resurrect her strained relationship with her father by doing a film with him. Her dream came true when the father-daughter duo was cast together in On Golden Pond in 1981 which won her father his only Academy award.

She continued appearing in feature films all through the 1980s though not as frequently. By 1990, she had decided that she wanted to retire from acting.

Famous for her fitness, she credited her years of ballet practice in helping her maintain a youthful and healthy figure. She began performing aerobics after an injury forced her to stop ballet. Soon she became a fitness icon and released several exercise videos including the highly popular The Jane Fonda’s Workout.

She came out of her retirement in 2005 to star in the romantic comedy Monster-in-Law.

From 2012 to 2014, she was seen in a recurring role on the television drama The Newsroom.

She is part of Netflix comedy series Grace and Frankie. The series started in 2015 and has had six seasons so far.

In 2017, she starred opposite Robert Redford in the Netflix movie Our Souls at Night.

In 2018, she starred in the romantic comedy film Book Club. 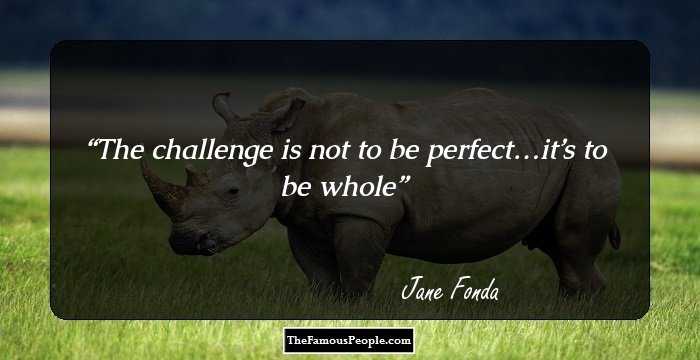 Jane Fonda’s role as a high-profile call girl in the film Klute was highly appreciated. She won several awards for her performance including an Academy Award and a Golden Globe award.

In the movie Coming Home, she portrayed a woman torn between her love for her marine husband and a paralyzed war veteran. Her moving performance as Sally Hyde was critically acclaimed.

Jane Fonda received the Academy Award for Best Actress twice: For the role of Bree Daniels in Klute (1971) and Sally Hyde in Coming Home (1978).

In 2021, she was honoured with the Cecil B. DeMille Award (a Golden Globe for lifetime achievement). 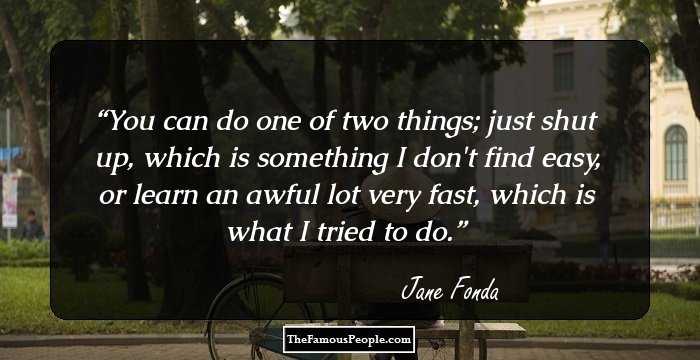 Quotes: You, I
Family & Personal Life

Jane Fonda’s first marriage was to Roger Vadim in 1965 which ended in divorce. The couple had one daughter.

She married Tom Hayden in 1973. They had a son and later divorced. Her third marriage to the cable television tycoon and CNN founder Ted Turner in 1991 also ended in divorce in 2001. She is currently dating record producer Richard Perry.

She was diagnosed with breast cancer in 2010 and has since recovered.

She is a feminist and supports causes like V-Day which is a movement to stop violence against women. She established the Jane Fonda Center for Adolescent Reproductive Health in Georgia which aims to prevent teenage pregnancy through education and training programs.

Jane Fonda and her father were the first father-daughter duo to be nominated for Academy Awards in the same year.

See the events in life of Jane Fonda in Chronological Order 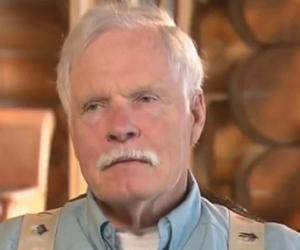