UnlistedLeaf is a popular Australian social media star. Also known as Ando, UnlistedLeaf has major fan following across various social media platforms. He is known for his gaming videos that he posts on his self-titled YouTube channel, which has gathered more than 1.6 million subscribers. Ando is also popular on Instagram, Facebook, and Twitter. While his Twitter account has more than 69,000 followers, his Instagram page has so far accumulated more than 105,000 followers. Using his popularity as a social media star, UnlistedLeaf has come up with an online clothing store that sells T-shirts, hoodies, sweatshirts, and mugs.
Continue Reading Below Australian People
Aries Youtubers
Male Youtubers
Australian Gamers
Australian YouTubers
Childhood & Early Life
UnlistedLeaf was born on March 30, 1995, in Adelaide, Australia. He was always interested in wielding the camera as he would often record his family trips and holidays, which he would later convert into memorable video clips with the help of his father. During his high school days, he started showing interest towards performing arts. Hence, he was sent to a drama class, where he started learning the nuances of acting among other things. Even before passing high school, UnlistedLeaf took up a job as a junior swimming instructor at a nearby place, where he would work during holidays. Later, he started working as a shop assistant, which required him to sell Pokemon cards, among other things. Around this time, he became a huge fan of the popular anime series ‘Pokemon’ and started collecting cards himself.
Recommended Lists:

Famous Beautiful Women With Green Eyes
Continue Reading Below
Social Media Career
UnlistedLeaf created his YouTube channel in September 2012, when he was 17 years old. He started off by posting Pokemon-related videos. He uploaded his first video, ‘Let’s Play Pokemon Ash Gray Part 1,’ on September 28, 2012. He then started posting videos related to famous cartoon characters and games, which made him popular among gamers. Though he experimented with the content of his videos, he never really stopped posting Pokemon-related videos, which earned him a specific fan base. Soon, his channel became an important source of information for anything and everything related to the popular anime series, which increased the number of his subscribers.
With more than 1.6 million subscribers and over 552 million views for all its videos, his YouTube channel is currently one of the most popular channels to post Pokemon-related content. Some of his most watched videos include, ‘World’s First Real PokeBall,’ ‘Extremely Realistic Pokeball Replica,’ ‘My Grandma Opens up Pokemon Booster Packs,’ ‘Man Buys Entire Store’s Pokemon Cards,’ and ‘Never Seen Pokemon Cards.’ Apart from YouTube, UnlistedLeaf is also popular on various other social media platforms, such as Instagram, Facebook, and Twitter.
After gaining popularity as a social media star, UnlistedLeaf came up with an online clothing store that sells T-shirts, hoodies, sweatshirts, and mugs.

Personal Life
He currently lives in Australia, but likes travelling to places like the Unites States and Japan. 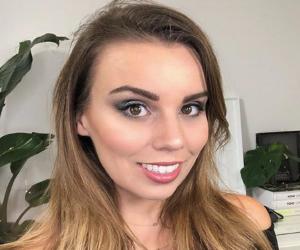