Bazza Gazza is the online alias of Brodey Rogan de Meur who is an Australian gamer and streamer. He has gained fame with his You Tube channel Bazza Gazza. He is known for playing Counter-Strike: Global Offensive and Overwatch and sharing his gameplay footage on his channel which now has more than 930K subscribers. He has also been the member of You Tube collaborative group named Click. In 2021, he was named the brand ambassador of an Australian company Body Science International. EmilyKitty
DID WE MISS SOMEONE?
CLICK HERE AND TELL US
WE'LL MAKE SURE
THEY'RE HERE A.S.A.P
Quick Facts

Brodey Rogan de Meur joined You Tube in May 2015 and the first video on his channel, Bazza Gazza, was An average day in H1Z1. It was uploaded in October the same year. Since then, he has gained popularity by initially playing Counter-Strike: Global Offensive with other You Tubers and then switching to Overwatch videos.

He has also uploaded videos around Minecraft, Among Us and Fortnite. The most popular videos of his channel are Overwatch Tutorial Speedrun (World Record), Playing Overwatch on the Worst Settings Possible and Overwatch - The Golden Mistake. The total number of subscribers on his channel has crossed 930K.

He has a couple of other channels on the platform as well. The first channel, Bazza, with vlog style content, has 279K subscribers. The second BazzaLIVE has 19.9K subscribers and has videos of his best moments from the livestreams.

Brodey has also been a part of the You Tube collaborative group called Click which was launched in August 2018. The collaborative comprising Australian social media’s top names like Muselk, Loserfruit, Crayator, Lazarbeam and Tannar uploads challenges, pranks, games and vlogs. The channel has over 2.83 million subscribers. The video with maximum number of views here is Click Answers The Web's Most Searched Questions which has been viewed over 27 million times.

In 2021, Body Science, an Australian owned manufacturer of health and wellness solutions and apparel, signed him (along with another gaming content creator Crayator) as the brand ambassador of the firm.

Bazza Gazza’s real name is Brodey Rogan de Meur and he was born on 1 February 1997 in Sydney, Australia. 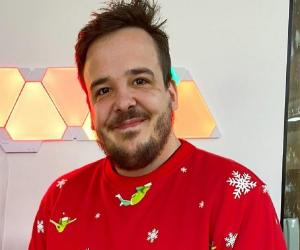