(One of the Best Finnish Goaltenders of All Time)

Advanced Search
Tuukka Mikael Rask is a Finnish professional ice hockey goaltender presently affiliated with the Boston Bruins of the National Hockey League (NHL). At the international level, he was a member of the Finnish delegation to the 2014 Sochi Olympics, where his team won the bronze medal. Rask is originally from the city of Savonlinna, and at the beginning of his career, he played for the youth teams of the hometown club SaPKo. Later, he was part of the playing roster of the Tampere-based Ilves Jr. in the Finnish Junior League. He spent his last European ice hockey season playing for the Ilves senior team in the Finnish top-flight SM-liiga. During the 2005 NHL Entry Draft, Rask was selected in the first round by the Toronto Maple Leafs as their 21st overall pick. However, he was traded to the Bruins for the highly decorated goaltender Andrew Raycroft before he got the chance to play a single regular game for Maple Leafs. In the ensuing years, the trade has become known as one of the worst exchanges in the Maple Leafs’ history. Rask went to experience incredible success with the Bruins, including the Stanley Cup and Vezina Trophy wins, while Raycroft had two disappointing seasons before he left the Maple Leafs. Bob Probert
DID WE MISS SOMEONE?
CLICK HERE AND TELL US
WE'LL MAKE SURE
THEY'RE HERE A.S.A.P
Quick Facts

Finnish People
Tall Celebrities
Tall Male Celebrities
Male Sportspersons
Finnish Sportspersons
Childhood & Early Life
Born on March 10, 1987, in Savonlinna, Finland, Tuukka Rask is the son of Irja and Jari Rask. He has a younger brother, Joonas Rask, who is a professional ice hockey forward and currently plays for the HIFK in the Finnish Liiga.
In the early days of his career, Rask played for the youth teams of his hometown club SaPKo. He subsequently took part in 28 games for the Tampere-based Ilves Jr. in the Finnish Junior League. Rask registered goals against average (GAA) of 1.86 with two shutouts and a .935 save percentage.
He also played for the Ilves senior team before he left for North America. In the 2005 NHL Entry Draft, he was listed at the top among European goaltenders.
Continue Reading Below
NHL Career
Although Tuukka Rask was drafted by the Toronto Maple Leafs in 2005, they did not use him in a single regular match and ultimately traded him to the Bruins in exchange of former Calder Memorial Trophy-winning goaltender Andrew Raycroft.
In May 2007, he agreed to a three-year contract with the Bruins and spent the 2007-08 season playing for their primary development team, Providence Bruins of the American Hockey League (AHL). He appeared in 45 matches, winning 27 of them and registering .905 save percentage. Rask also played four matches for Boston that season.
He continued to play for Providence in the following season before returning to the Bruins’ roster in the 2009-10 season. In 2010, he debuted in the NHL playoffs, playing 13 matches, winning seven of them and recording a .910 save percentage.
In the initial years of his tenure with the Bruins, Rask, despite having the highest save percentage among the team’s goaltenders, was relegated to the backup role.
In the 2010-11 season, the Bruins heavily relied on their Vezina-Trophy-winning goaltender Tim Thomas, who was in excellent form at the time. The Bruins went on to win their first Stanley Cup in 39 years that season. Although Rask did not play in any matches in the playoffs, he appeared in 29 matches in the regular season.
Rask became the main goaltender of the Bruins after Thomas left the team in 2013. He subsequently entered into an eight-year, $56 million contract with the team. In the ensuing years, he has become one of the best goalies active in the league.
In 2014, he won the Vezina Trophy for being the goaltender “adjudged to be the best at his position", and was included in the NHL All-Star Team. Alongside the Stanley Cup, he has helped the Bruins win the Prince of Wales Trophy in 2011, 2013, and 2019 and the President’s Trophy in 2014.
International Career
Rask led the Finnish national team to a podium finish at the 2014 Winter Olympics. His absence in the semi-final against Sweden played a pivotal role in the Finnish defeat.
Family & Personal Life
At present, Rask is in a relationship with his compatriot Jasmiina Nikkila. Some sources even claim that they are high school sweethearts. A native of the city of Tampere, Nikkila prefers to maintain a low profile. She is active on social media but both her Facebook and Instagram accounts are set to private.
Rask and his family presently reside in Boston. Nikkila regularly contributes to the betterment of her community and the city she now calls home. She attends various fundraisers and charity events in Boston with her boyfriend as well as by herself.
Rask and Nikkila had their daughter, Vivien, on a weekend during round one of the Stanley Cup Playoff series in 2014.
In July 2016, Nikkila shared a photograph of her, Rask and Vivien on her Facebook page. She was visibly pregnant in the picture. The child was born later that year.
Nikkila has also developed close friendships with partners and wives of Rask’s teammates. In April 2019, the ladies of the Bruins were photographed together, all wearing customized jackets, for a playoff game.

See the events in life of Tuukka Rask in Chronological Order 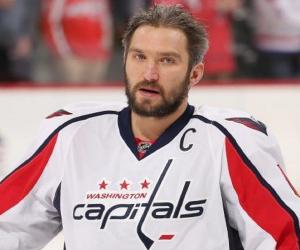