DID WE MISS SOMEONE?
CLICK HERE AND TELL US
WE'LL MAKE SURE
THEY'RE HERE A.S.A.P
Popularity Index
40
Actresses #6973
Film & Theater Personalities #17849
Quick Facts 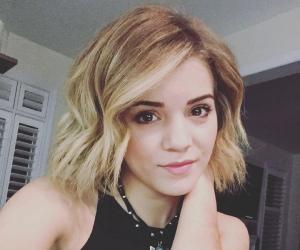 Who is Trinity Rose Likins?

Trinity Rose Likins is an American actress known for portraying Jellybean "JB" Jones in the CW mystery drama series ‘Riverdale’. A native of British Columbia, Likins had aspired to become an actress since she was two years old. Prior to her launch as an actress, she came first in her age group in a talent show called ‘Premiere’ which helped her in gaining a solid footing in the industry. Likins made her screen debut in 2017 when she portrayed the role of Amelia in the television movie ‘Christmas in the Air’. In 2019, she was cast as Emma Landry in the television miniseries ‘Unspeakable ‘. In ‘Riverdale’, while her character is mentioned in season one, Likins makes her first appearance as Jellybean in season three. Appearing in 10 out of 22 episodes of the season, Jellybean has quickly become a fan favourite.

Taurus Actresses
Canadian Actresses
Child And Teen Actresses
Female Film & Theater Personalities
Rise to Fame
Trinity Rose Likins had not appeared in any TV commercials or advertising campaigns before she landed the role of Amelia in the Hallmark Channel’s telefilm ‘Christmas in the Air’. This was her first job as an actress. Written by Janna King and directed by Martin Wood, the television movie revolves around Robert Trent (Eric Close), a widowed father who struggles to maintain a balance between his professional life and the less-than-perfect relationship with his two children, Amelia and Thomas (Jesse Filkow). He meets professional organizer Lydia Evans (Catherine Bell), who helps him in his preparation for a meeting with a potential client while finding ways to spend more time with his children.
In CBC Television and SundanceTV's television miniseries ‘Unspeakable’ (2019), Likins portrayed the younger version of Mackenzie Cardwell’s character, Emma Landry. The period drama series tells the story of the emergence of HIV and Hepatitis C in Canada’s Red Cross blood banks in the early 1980s and the ensuing catastrophic circumstances that resulted in thousands being unnecessarily infected by tainted blood. The series was created by Robert C. Cooper and stars, alongside Likins and Cardwell, Sarah Wayne Callies, Michael Shanks, Shawn Doyle, and Camille Sullivan.
Likins’ character, Forsythia Jellybean "J.B." Jones, in The CW’s ‘Riverdale’ is first mentioned in a season one episode. Likins joined the cast in season three, making her first appearance in ‘Chapter Forty-Three: Outbreak’ in 2018. Jellybean is a highly intelligent, assertive, and pragmatic young girl whose character has been moulded by her rough upbringing. She is Jughead’s (Cole Sprouse) sister and Gladys (Gina Gershon) and FP Jones’ (Skeet Ulrich) daughter. Raised predominantly by her mother, Jellybean seeks to emulate her in action and ambition. At one point, she develops a mild crush on Archie Andrews (KJ Apa). Despite the fact that the third season has been heavily criticised for poor writing and plot holes, Likins’ performance in the show has been received positively by both the critics and the fans.
You May Like

Canadian Female Film & Theater Personalities
Canadian Film & Theater Personalities
Taurus Female
Continue Reading Below
Family & Personal Life
Trinity Rose Likins was born on May 6, 2006, in Squamish, British Columbia, Canada and is growing up alongside a brother. She first became interested in pursuing an acting career when she was two years old. As a little girl, she approached her mother to ask her if they could get an agent to represent her. While her mother did not immediately allow that, she did enrol her in a dance class. However, her interest in acting persisted. She performed in plays around the house for her family and took part in school plays every year. Eventually, after the premiere of 'Christmas in the Air' in Florida, she did get an agent.
Before she embarked on her career as an actress, she secured the first place in her age group at a talent show called ‘Premiere’ which served as a doorway for her into the entertainment industry. 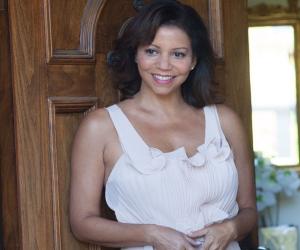