Tanaya Kilcher Beatty is a Canadian actress, who is best known for appearing as Rachel Black in the film ‘The Twilight Saga: Breaking Dawn - Part 1’. She also garnered limelight for her starring roles as Caitlin Janvier on the Canadian TV series ‘Arctic Air’ and Jessica Finch on the American action series ‘True Justice’. Her other notable performance include the role of Dr. Shannon Rivera on the American medical drama series ‘The Night Shift’ as well. The actress has also appeared in a handful of other dramas including ‘Blackstone’, ‘Continuum’ and ‘The 100’. She has contributed to a few other movies like ‘Words and Pictures’ and ‘Hochelaga, Land of Souls’. Also, Beatty will soon be seen in HBO’s upcoming miniseries titled ‘Lewis and Clark’. Talking about the Canadian beauty’s personal lifestyle, she is said to be a simple girl who doesn’t like to face media more often. As Beatty is extremely private, she is not active on any social networking site like Twitter or Instagram. Amybeth McNulty
DID WE MISS SOMEONE?
CLICK HERE AND TELL US
WE'LL MAKE SURE
THEY'RE HERE A.S.A.P
Quick Facts

Canadian People
Aquarius Actresses
Canadian Actresses
Actresses Who Are In Their 30s
Women Film & Theater Personalities
Personal Life
Tanaya Beatty was born as Tanaya Kilcher Beatty on February 12, 1991 in Vancouver, British Columbia, Canada. Her father is of Himalayan descent while her mother belongs to Da'naxda'xw First Nations ancestry. She was adopted as a baby and nurtured by an Italian family. The actress spent her childhood days residing in the interiors of British Columbia. She graduated from Vancouver Film School in December 2010, successfully finishing the full-time Essentials and Acting Program. Before this, Beatty had completed a social work program and had earned a certificate in it.
The details about the Canadian beauty’s biological as well as adoptive parents are not known to the media. Similarly, information regarding her love and dating life is also not present on the web. Also, Beatty is currently not active on any social networking website so nothing more can be said about her personal life. But we all hope the actress will join the social media someday and update her fans about the happenings in her life!
You May Like

Canadian Female Film & Theater Personalities
Canadian Film & Theater Personalities
Aquarius Women
Continue Reading Below
Career
Tanaya Beatty first appeared as Rachel Black in the 2011 flick ‘The Twilight Saga: Breaking Dawn - Part 1’. She then appeared as Jessica Finch on the American action drama series ‘True Justice’ in 2012. The same year, she was cast as Caitlin Janvier for the Canadian series ‘Arctic Air’. The actress also guest-starred in an episode of ‘Blackstone’ that year. Soon after this, she was cast in the movie ‘Words and Pictures’ as well as in the science fiction series ‘Continuum’.
Then in 2014, Beatty appeared as Mel in two episodes of the post-apocalyptic science fiction series ‘The 100’. Two years later, she began filming for HBO’s miniseries ‘Lewis and Clark’. She also joined the cast of the American medical drama ‘The Night Shift’ for its 3rd season. Then in 2017, the Canadian actress got featured in the Canadian historical drama flick ‘Hochelaga, Land of Souls’.
You May Like 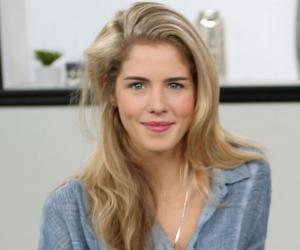 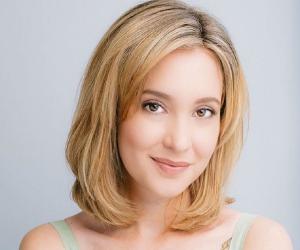