Tomi Lahren is an American news anchor and former TV host, best known for the show ‘Tomi,’ aired on the right-wing media platform ‘TheBlaze.’ She had been interested in TV journalism ever since she was a teenager. After graduating high school, she studied broadcast journalism and political science at the ‘University of Nevada.’ After interning under a ‘Republican’ politician, she joined a right-wing news network and debuted as a host on the show titled ‘On Point with Tomi Lahren.’ However, she gained national fame only after she joined ‘TheBlaze,’ as the host for the show ‘Tomi.’ Her segment, called “Final Thoughts,” became extremely popular. It featured her rants against liberals. Her rant against Barack Obama after the “Chattanooga Shootings” became viral. She later joined ‘Fox News’ as a political commentator and currently serves as a host on the ‘Fox Nation’ show titled ‘First Thoughts.’ Throughout her career as a political commentator, she has run into many controversies, owing to her “racist” thoughts on sensitive topics such as the “Black Lives Matter” movement and the issue of illegal immigrants. Gayle King
DID WE MISS SOMEONE?
CLICK HERE AND TELL US
WE'LL MAKE SURE
THEY'RE HERE A.S.A.P
Quick Facts 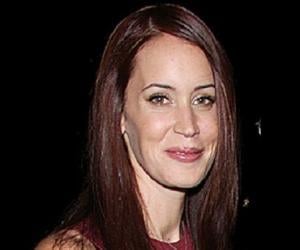 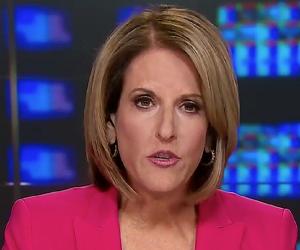 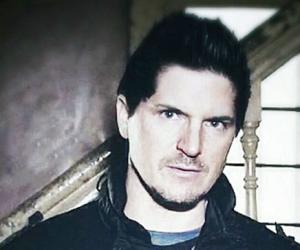 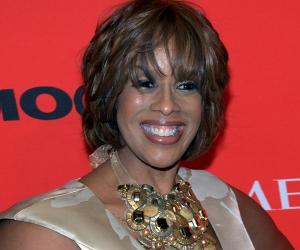 American People
Female TV Presenters
American TV Presenters
Women Media Personalities
American Media Personalities
Childhood & Early Life
Tomi Rae Augustus Lahren was born on August 11, 1992, in Rapid City, South Dakota, U.S., to Trudy and Kevin Lahren. She was the only child in the family. Hers was a middle-class family. Her parents owned a ranch. She, too, worked at the ranch, along with her parents, as a teenager. She is of German and Norwegian descent.
She was a hardworking student during her time at the local high-school named the ‘Rapid City Central High School.’ She also became interested in politics, as her parents and their friends would often discuss politics. She also watched a lot of news on TV as a teenager. Over time, she became interested in political commentary and wished to build a career in the same domain.

Following her high-school graduation, Tomi Lahren moved to Nevada, Las Vegas, to study broadcast journalism and political science at the ‘University of Nevada.’

She had always been a right-wing supporter and thus aspired to work in a right-wing news organization. After obtaining her bachelor’s degree, she looked out for internships in various “conservative news outlets.”
While at the university, she gained experience in hosting and producing, while working on the show titled ‘The Scramble,’ which was the university’s own political debate show. Following her graduation, she interned at the ‘Rapid City Office,’ which was spearheaded by ‘Republican Party’ member Kristi Noem.
Continue Reading Below
Career

Tomi Lahren secured an interview with the rightist news organization ‘One America News Network.’ She was interviewed directly by the network’s CEO, whom she impressed with her knowledge of the American political climate. However, instead of an internship, she was given a show of her own. The show was titled ‘On Point with Tomi Lahren’ and debuted in August 2014.

She had moved to San Diego, California, for her first major TV job. From the very beginning, she mentioned herself as a “constitutional conservative” and refrained from calling herself a journalist. She still identifies herself as a political commentator with rightist leanings. Her rightist news reporting has landed her in trouble quite a few times.
She also often exhibits her strong views on feminism. Interestingly, she has identified herself as someone who is anti-feminist but one who supports women empowerment. She has also mentioned repeatedly that she admires strong women from both the right and the left wings.
By August 2015, her popularity had spread across the nation. She announced that she had completed her final episode with ‘On Point with Tomi Lahren’ and that she would be leaving the network.

Soon, Tomi Lahren announced the beginning of her association with ‘TheBlaze,’ one of the most popular right-wing networks. In 2015, she began appearing on her own show, ‘Tomi,’ on ‘TheBlaze.’

Following her reporting of the “Chattanooga Shootings” that took place in Chattanooga, Tennessee, she became quite popular. The shootings ended up killing members of the U.S. armed forces. She had a little segment on her show, called “Final Thoughts.” The segment featured her own views on various news reports. It has been one of the main reasons for her popularity with the youth. In her “Final Thoughts” segment on the “Chattanooga Shooting,” she ranted against Barack Obama, and the clips went viral.
She also worked on Donald Trump’s presidential campaign in 2016. However, she was not officially associated with it and acted only as an advisor to Trump’s social-media team. Interestingly, she did not initially endorse Trump as the ‘Republican’ presidential candidate. She supported Marco Rubio’s candidacy instead.
Later that year, she appeared as a guest on the show titled ‘The Daily Show with Trevor Noah.’ The famous talk show was liberal in its ideology, and inviting Tomi on the show meant the audience would criticize her. However, Noah requested the audience to refrain from doing so. The audience obliged. However, at the end of the show, Tomi mentioned that the audience was there to tease her.
She has been known for her controversial stand on many issues, such as the “Black Lives Matter” (BLM) movement. In July 2016, she compared the ‘BLM’ movement by comparing it to the ‘Ku Klux Klan,’ a white supremacist organization known for its violent past. She was called a racist for her comments. A petition was launched on ‘Change.org’ to get her removed from ‘TheBlaze,’ and it received thousands of signatures. The petition, however, was unsuccessful.
Continue Reading Below
She also drew a lot of criticism for her comment on Colin Kaepernick, a popular black American footballer. He had knelt down while the American national anthem was being played during a game, to protest against police brutality, especially against the African–Americans.
She is also known to have views that distance her from the typical conservative American ideology. For instance, she mentioned that she was pro-abortion rights and said that it should be a woman’s decision to keep or abort her child. ‘TheBlaze’ owner, Glenn Beck, who happens to be a staunch anti-abortionist, was angered by her comments and briefly suspended her from the show. She was, however, suspended with pay. She then filed a lawsuit, which ended up getting settled. Tomi could keep her ‘Facebook’ page intact, but all her videos were deleted from ‘TheBlaze.’

In May 2017, Tomi Lahren joined the ‘Great America Alliance,’ which was a pro-Trump organization. However, she also mentioned that it was a “side gig” and that she would return as a TV commentator.

A few months later, she began appearing on ‘Fox News,’ as a contributor. She currently serves as a host of the show named ‘First Thoughts’ on ‘Fox Nation.’
She has also stated that she supports same-sex marriage, which contradicts her allegiance to the ‘Republican Party.’
She has attracted a lot of criticism for speaking on the issue of the migrants. In November 2018, she claimed that she was overjoyed when she saw the ‘United States Border Patrol’ charging on illegal migrants on the U.S.–Mexico border with teargas. In December, she further stated, citing false reports, that a lot of those migrants bring infectious diseases with them to the U.S.
She was also a major supporter of Trump’s proposal of building a wall on the U.S.–Mexico Border. She also said that the government needed to be shut to compel the ‘Congress’ to start the funding process for the wall.

Family & Personal Life
In 2019, Tomi Lahren announced her engagement to Brandon Fricke via ‘Instagram.’ However, in April 2020, reports claimed that the engagement had been called off.
She once stated that she remains in regular touch with her mother and credits her for all the success she has achieved.

See the events in life of Tomi Lahren in Chronological Order