Tavis Smiley is an American talk show host, author, entrepreneur, and philanthropist. In addition to this, he is also a liberal political commentator and an advocate. After working as an aide to Tom Bradley, the mayor of Los Angeles, in late 1980s, he became a radio commentator in 1991. His dedication and achievements have won him many honours and recognitions. He has received many awards and continues to collect many, even today. He has hosted the talk show BET Talk (later renamed BET Tonight) on BET. BET didn’t renew Smiley's contract after he sold an exclusive Sara Jane Olson interview to ABC News in 2001. From 2010 to 2013, Smiley and Cornel West hosted a radio talk show, 'Smiley & West' and they appeared together interviewing musician Bill Withers in the 2009 documentary film 'Still Bill'. He now hosts "Travis Talks" on BlogTalkRadio's Tavis Smiley Network show. Ryan Seacrest
TV Presenters #386
Media Personalities #1280
DID WE MISS SOMEONE?
CLICK HERE AND TELL US
WE'LL MAKE SURE
THEY'RE HERE A.S.A.P
Quick Facts

American People
American Men
Indiana University
Tall Celebrities
Tall Male Celebrities
Childhood & Early Life
Tavis Smiley was born on on September 13, 1964, in Gulfport, Mississippi, to a single woman Joyce Marie Roberts, who was just 18 when she became pregnant.
It was only two years later that Joyce married Emory Garnell Smiley, not Travis’s biological father, but a U.S. Air Force Officer.
Travis lived in poverty and had a troubled childhood. Years later Tavis discovered his real father but due to embarrassment, he was unwilling to reveal his identity.
The Smiley family relocated to Bunker Hill, Indiana, when Emory got transferred there for work. Travis got enrolled at Bunker Hill’s Maconaquah High School, where he got involved in debating and student government, which was not fully supported by his parents. They did not believe in non-church related extracurricular activities.
When Travis was in seventh grade, he along with his sister, Phyllis, was accused of being undisciplined at school. They were whipped by their stepfather when they got home and were temporarily placed in foster care.
It was after attending a fundraiser for U.S. Senator Birch Bayh, at the age of 13 that his interest in politics developed. 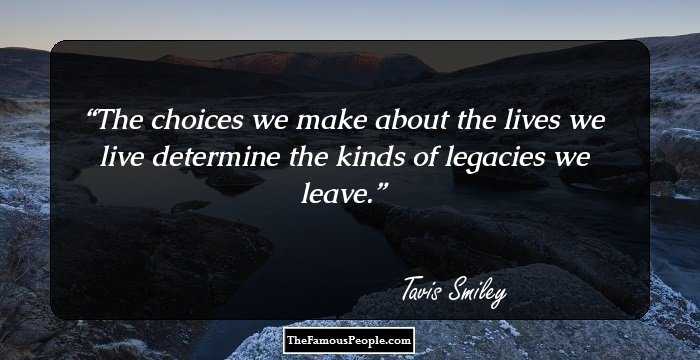 Who Is The Most Popular BTS Member?
Career
After graduating from high school, he pursued higher studies in Public Affairs at Indiana University, where he joined the Kappa Alpha Psi fraternity.
Without the required credits for graduation, he left the university in 1988 to work for Tom Bradley, but had to return to finish his degree in 2003.
He loved politics so much that he led a campaign for a seat on the Los Angeles City Council, 12 years after he finished university. He was unsuccessful but was not a failure.
In 1996, he became a regular commentator on 'the Tom Joyner Morning Show' and after his friendship with the show host Joyner, they began hosting annual town hall meetings in 2000 called "The State of the Black Union", aired live on the C-SPAN cable television network.
From 1998 – 2001, Travis did television broadcasts on networks such as BET, ABC and CNN, after which he hosted his own Tavis Smiley Show on National Public Radio.
In 2004 he began hosting a nightly talk show called Tavis Smiley.
He now hosts the Tavis Smiley Show and co-hosts Smiley and West, with Professor Cornel West.
He loves to use his experiences to help others with their problems. Due to the fact that he did not limit his expectations, he found the Tavis Smiley Foundation in 1999, which aids to provide leadership training and a socializing opportunity for young minds. 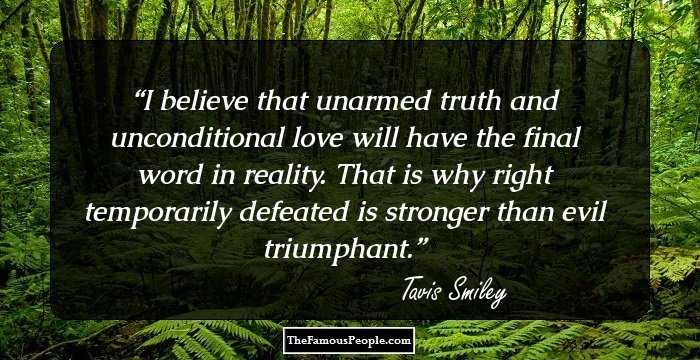 Quotes: Love, Will, Believe, I
Continue Reading Below
Major Works
Travis has written numerous non-fiction books that people find inspiring, namely ‘Doing What’s Right’ in 2000, ‘Keeping the Faith’ in 2002, ‘What I Know For Sure’ in 2006 and ‘Fail Up’ in 2011. His books are all intended to impart knowledge and leave an indomitable mark on others’ lives.
In 2006, he edited a collection of essays done by African-American scholars called the ‘Covenant with Black America’.
Six Years later, he along with Cornel West, wrote a book entitled ‘The Rich and the Rest of Us’.
Awards & Achievements
From 1997 – 1999, he received the NAACP Image Award for best news, talk show and information series on BET Tonight with Tavis Smiley.
In 1994, Travis was named one of America’s 50 Most Promising Young Leaders, and was later honoured in 2009 as one of the 100 Most Influential People in the World.
Travis was honoured by Bloomington University, Indiana, in 2007.
On December 12, 2008, Travis received the Du Bois Medal from Harvard and the 2009 Interdependence Day Prize from Demos in Istanbul.
He was also ranked the number 2 change agent in the field of media, behind Oprah Winfrey in Ebony Magazine’s Power 50 list.
In 2014, Travis was honoured for his contributions to television broadcast by a star on the Hollywood Walk of Fame. 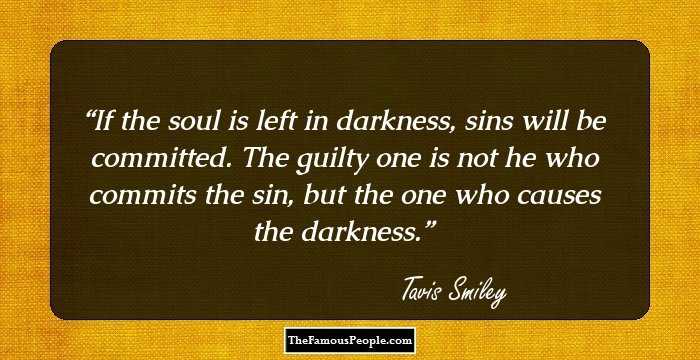 Quotes: Will, Soul
Personal Life & Legacy
Travis remains unmarried and completely dedicated to his work.
Through ‘Tavis Smiley Foundation’ and his programmes, he helps people to find their true selves and lets them know that success is not free, but it is for everyone.
Trivia
Tavis Smiley is the author of Youth Survival Manual
He has hosted both Republican and Democratic presidential debates
He was among Time's 50 Most Promising Young Leaders in the year 1994 and in 2009 as one of the 100 Most Influential People in the World.
Networth
Tavis Smiley has a networth of 10 Million USD
You May Like

See the events in life of Tavis Smiley in Chronological Order