Albert Lincoln Roker Jr, better known as Al Roker, is a well-known American weatherman, author and entrepreneur. He is considered the most visible weather anchor on American television not only because of his accurate forecasting, but also for his warm and relaxed delivery. While weather casting, he generally displays an easygoing mannerism, urging New Yorker to abstain from work on a sunny spring day. But his tone changes while tracking hurricanes or other dangerous weather phenomenon, exhibiting a keen understanding of meteorology on both a local and national level. Born into blue-collar background, he developed an interest in meteorology while in college and began weather casting. After graduating with a degree in communication he took that up as his career and with an 80% accuracy rate he quickly earned the American Meteorological Society's prestigious Seal of Approval. Currently he holds the position of the weather anchor on NBC’s ‘Today Show’, a position he has been holding since 1996. Jimmy Fallon
DID WE MISS SOMEONE?
CLICK HERE AND TELL US
WE'LL MAKE SURE
THEY'RE HERE A.S.A.P
Quick Facts

Born eldest of his parents’ six children, he has at least one surviving brother named Christopher Roker and one surviving sister called Alisa Smith. Although they belonged to blue collar background, his parents paid special emphasis on the children’s education.

According his sister Alisa, young Al was a very entertaining trickster and loved to build spaceships out of boxes. He also loved to accompany his father as the latter went about with his job, driving his bus, often with little Al on his lap.

He had his education at Xavier High School, where he became a member of the Cartooning & Illustration Club. It was during this period that he developed his comic skills as well as his interest in graphics, eventually graduating from there in 1972.

On graduating from high school, Al entered State University of New York at Oswego with graphic communication as his major. Alongside, he started attending meteorology classes just to satisfy the university’s science requirement, quickly growing an interest in the subject. However, he never earned any degree in it.

In 1974, while still in college, he landed a part-time job as weekend weather forecaster at the CBS affiliate WHEN-TV (now WTVH). He was promoted to the post of weekday weather-caster in the following year. Concurrently from 1973 to 1975, he played AT40 at his college radio station, WNYO 88.9FM. 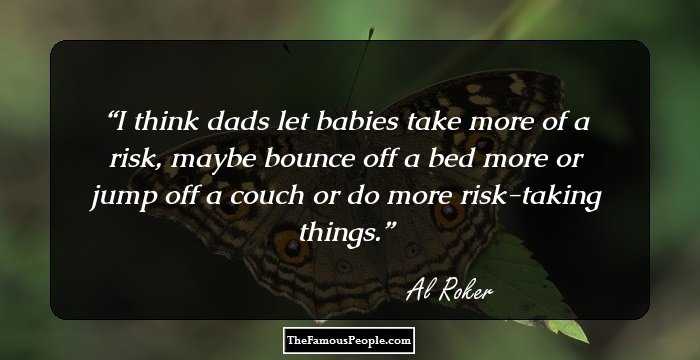 In 1976, Al Roker earned his bachelor’s degree in communication and moved to Washington DC, where in the same year he began his career as the weather anchor at an independent station called WTTG-TV. Shortly, he began to study the techniques used by other weather anchors, thereby improving his own.

At first, Roker took the help of gimmicky while forecasting weather, which was noticed by Willard Scott, one of his favorite anchors employed with a NBC affiliate. He gave it up when one day Scott took him aside and said “Just be yourself. It'll last a lot longer."

Rocker remained with WTTG-TV till 1978 and then moved to Cleveland, Ohio, securing a job as a weathercaster at WKYC-TV, at that time owned and operated by NBC. He remained with the organization till 1983, when he was promoted to the network's flagship outlet, WNBC-TV in New York City.

In 1983, he began his stint at WNBC-TV as the weekend weather anchor and within eight months became the station's regular weeknight weathercaster, replacing veteran weather caster Dr. Frank Field, when he left the network in August 1984. In 1985 he became its weekly weather forecaster.

Soon, he began to serve as regular substitute for Joe Witte of NBC News at Sunrise. That apart, he also filled in for veteran forecasters like his idol Willard Scott, Bryant Gumbel and Matt Lauer.

In 1994, while continuing with weather forecasting, he launched a multimedia company called ‘Al Roker Entertainment Inc’, offering an array of creative services. Since then, it has produced numerous TV programs for network, cable, digital, and streaming channels.

From 1995, he began to host NBC's coverage of the ‘Macy's Thanksgiving Day Parade’. Late in the same year, he started hosting a weekend talk show called The Al Roker Show on CNBC. In the following year, he began to host a game show on MSNBC called Remember This?.

Willard Scott retired from the ‘Today Show’ in early 1996, by which time Roker had established himself as his heir, receiving the regular weekday weather slot on January 26, continuing to occupy it till date. Shortly, he started interviewing visitors outside, giving them some camera time, and thus adding a novelty to the show.

In 2000, Al Roker published his first book, Don't Make Me Stop This Car!: Adventures in Fatherhood. It remained atop the New York Times bestseller list for weeks. Then in 2002, he published another bestseller, Al Roker's Big Bad Book of Barbecue: 100 Easy Recipes for Barbecue and Grilling.

He published a few more books, including a series of murder mysteries. His 13th and latest book, You Look So Much Better In Person – True Stories Of Absurdity and Success, was published in July 2020. Meanwhile in 2003, he began hosting a show called Roker on the Road on the Food Network.

In spite of his celebrity status and varied activities, Al Roker continued to go out of the studio to report weather condition firsthand and the 2005 Hurricane Wilma was no exception. As he went out to film it, a fierce wind blew him off his feet; but somehow he saved himself.

Apart from anchoring weather slots on television, he also provided forecast for many radio stations, having weekday morning stint live from 5:00–7:00 a.m. on The Weather Channel under the name Wake Up with Al. The program was aired from 2009 until 2015.

From 1990 onwards, he has also appeared in numerous television productions, making cameo appetence in many of them. Beginning with Another World in 1990, his latest appearance is in the Roy Cain episode of the crime thriller Blacklist (2020). 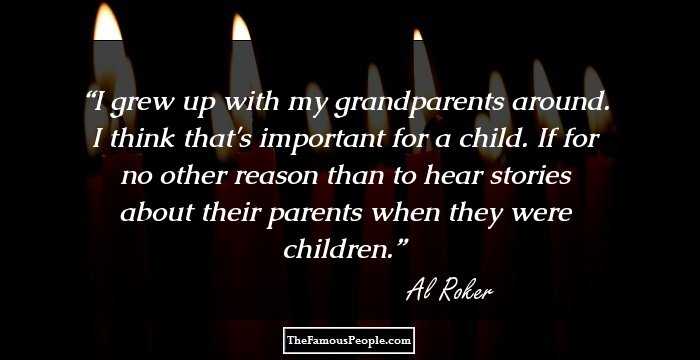 Al Roker has married thrice. However, nothing is known about his first wife or about this early marriage. He married his second wife, Alice Bell, in 1984. In 1987, they adopted an infant daughter named Courtney. From this marriage, he also had a stepson called Gregory. Later, the marriage ended in a divorce.

On September 16, 1995, Roker married fellow journalist Deborah Roberts. They have two children, a daughter called Leila (born in 1998) and a son called Nicholas (born in 2002). 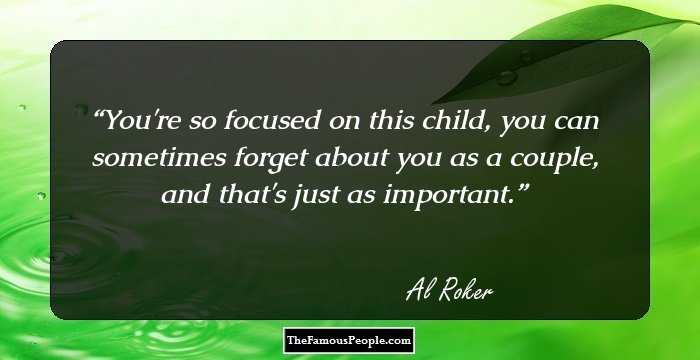 See the events in life of Al Roker in Chronological Order