Timothy Olyphant is an American actor and producer who is known for his performances in the series 'Justified' and 'Deadwood' and the film 'Hitman.' Growing up, Timothy was nicknamed “Olyphantastic" because of his multiple talents. From sports to arts to finally acting, the actor has had a wide array of experiences. After several auditions, Timothy earned his first role in a pilot of a series and then finally began his career with theater. Later, he bagged a sizable number of prestigious projects, including a few voice roles. Timothy has earned numerous nominations and four awards for his brilliance on the screen. 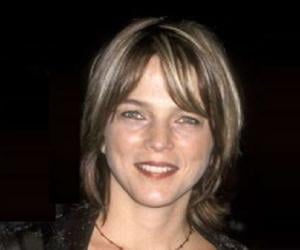 Alan Ritchson
Actors #289
Film & Theater Personalities #882
DID WE MISS SOMEONE?
CLICK HERE AND TELL US
WE'LL MAKE SURE
THEY'RE HERE A.S.A.P
Quick Facts

American People
Hawaii Actors
University Of Southern California
Tall Celebrities
Tall Male Celebrities
Childhood & Early Life
Timothy was born on May 20, 1968, in Honolulu, Hawaii, to JV Bevan Olyphant, former vice president of production at 'Gallo Winery,' and Katherine. At the age of 2, Timothy moved to Modesto, California, where he grew up with his older brother, Andrew, and younger brother, Matthew.
Timothy was a teenager when his parents divorced. They both later remarried. Timothy is of English, German, Scottish, Dutch, Irish, and Russian Jewish ethnicity and is a descendant of the Vanderbilt family of New York.
Timothy was educated at Modesto's 'Fred C. Beyer High School.' Growing up, he was interested in art and drawing. A competitive swimmer, too, Timothy reached the finals of the 1986 'Nationals' in the 200-meter individual medley category.
The athletic team of the 'University of Southern California,' the ‘USC Trojans,' recruited Timothy to the university’s swim team, coached by Peter Daland. Timothy contemplated on taking up architecture for his higher studies but ultimately chose fine arts, as managing architecture and swimming together seemed difficult then.
In 1990, Timothy graduated with a degree in fine arts. He considered a career in commercial art but was uncertain. Hence, he applied for a master's in fine arts at the 'University of California, Irvine,’ and simultaneously became the swimming coach of ‘Irvine’s swim team, 'Novaquatics.' Timothy then moved to New York to look for other career options.
Timothy did stand-up comedy for 6 months, which made him inclined toward acting. Soon, he decided to become an actor. He went on to study the craft as an elective subject in his final year at ‘UC Irvine’ and found it "really enjoyable." Timothy then did a 2-year acting program at New York's 'William Esper Studio.'
Continue Reading Below
You May Like

The Hottest Male Celebrities With The Best Abs
Career
Timothy earned his first role in 1995, in a 'WB' TV pilot based on the 'ABC' private detective series '77 Sunset Strip.' Later that year, he made his stage debut with the 'Playwrights Horizons' production 'The Monogamist.' His performance as ‘Tim Hapgood’ in the ‘off-Broadway’ play helped Timothy win the 'Theatre World Award.'
Timothy's other theater credits include the one-person play 'The SantaLand Diaries,' in which he portrayed David Sedaris, a popular American humorist, comedian, author, and radio contributor. Staged at 'Atlantic Theater Company,' the play was based on one of David's literary works.
Timothy made his big-screen debut with the 1996 comedy 'The First Wives Club,' which was adapted from Olivia Goldsmith’s novel of the same name. He was seen in the brief role of a young director named ‘Brett Artounian’ in the film. The same year, he made his TV debut, as ‘Scooby’ in an episode of the 'CBS' crime drama 'Mr. & Mrs. Smith.'
From 2004 to 2006, Timothy appeared in the 'HBO' western series 'Deadwood.' He was cast as ‘Seth Bullock,’ the late Canadian–American Western sheriff, hardware store owner, and US Marshal. The role earned Timothy and the rest of the cast a 'Screen Actors Guild Award' nomination. He is the executive producer of the film version of 'Deadwood,' which is scheduled to release in 2019.
Timothy played a protagonist-turned-antagonist, ‘Agent 47,’ in the 2007 action thriller 'Hitman.' His character was a genetically developed assassin clone created from the combination of the DNA of the world's most dangerous criminals.
Timothy earned a ‘Best Supporting Actor’ nomination from the 'Toronto Film Critics Association' for his performance in the 2009 thriller adventure 'A Perfect Getaway.' He played ‘Nick,’ a hiker claiming to be an Iraq War veteran.
In 2009, Timothy was seen in the lead role of ‘Dick,’ a hospital caretaker-turned-ATM robber, in the Canadian film 'High Life.' His performance helped him bag a 'Genie Award’ nomination.
Timothy earned the next nomination (‘Best Horror Actor,’ 'Scream Award') for his role as ‘David,’ an Ogden Mesh-based sheriff, in the 2010 science-fiction film 'The Crazies.' He earned his first voice role in 'Turok,' a first-person shooter video game and portrayed the character of a cowboy. Later, Timothy did voice-over roles in two animated movies, 'Rango' and 'Missing Link.'
Timothy's most significant TV role has been that of ‘Raylan Givens,’ a Deputy US Marshal from the 'FX' crime drama 'Justified.' He began playing the character in 2010 and continued till 2015, appearing in 78 episodes. ‘Raylan’s character was inspired by Elmore Leonard's novels 'Pronto' and 'Riding the Rap' and his short story 'Fire in the Hole' (the original plot of the series).
Timothy served as the executive producer for a few episodes of the show. He bagged the 'Satellite Award' for the ‘Best Actor’ in 2011 and was nominated for the same in 2012. Additionally, Timothy earned nominations for the 'Primetime Emmy,' the 'TCA Award,' and the 'Critics' Choice Television Award.'
In 2016, Timothy won a 'Critics' Choice Television Award' for his performance as ‘Rake Grinder,’ a fictionalized version of himself, in the 'Fox' single-camera legal comedy 'The Grinder.'
Currently, Timothy is seen as ‘Joel Hammond,’ opposite Drew Barrymore (as his wife, ‘Sheila Hammond’) in the 'Netflix' horror–comedy 'Santa Clarita Diet.' He is also the executive producer of some of its episodes.
Family & Personal Life
Timothy is married to his college sweetheart, Alexis Knief, since 1991. They have three children: Grace Katherine, Henry, and Vivian.
From 2006 to late 2008, Timothy worked as a radio sports reporter for Joe Escalante's morning radio show, aired on Los Angeles's 'Indie 103.1.'
Timothy is an avid tennis player and has participated in many pro-celebrity tournaments.

See the events in life of Timothy Olyphant in Chronological Order