Advanced Search
Alexis Knief is the wife of actor/producer Timothy Olyphant who is well-known for appearing in the TV shows ‘Deadwood’, ‘Justified’ and films ‘Gone in 60 Seconds’, ‘The Crazies’, ‘Rango’, ‘Catch and Release’ and ‘The Broken Hearts Club: A Romantic Comedy’. She first came into prominence after marrying the actor in 1991; the couple had been college sweethearts. Both Knief and Olyphant share a sizzling chemistry and a great sense of humour. Their married life is one-of-a-kind and serves as an exemplary model to other Hollywood couples. Timothy Olyphant once even stated in an interview that it is very hard to find such a perfect bonding like theirs in Hollywood. Talking about Knief’s personal attitude, she is a simple and beautiful woman who has always stayed behind the scene. She usually doesn’t like to face the media and appears only at special events with her husband. She has always provided resilient support to Olyphant throughout his career and is even considered as the main reason behind his success. Currently, Knief is living a decent life in Westwood, Los Angeles with her husband and three children: Grace Katherine, Henry, and Vivian. Her net worth is rumoured to be about $500K dollars. Timothy s Joke about Leaving Alexis
In the year 2011, Timothy Olyphant joked that he would have left Alexis if he had won the Emmy Award. That year, the actor had been nominated for his role as Raylan Givens in the TV series ‘Justified’. Unfortunately, he lost the award to Kyle Chandler. However, in an interview, he shared his opening line and the idea of looking at the trophy had he won it, and then telling his wife of 20 years – ‘Well, honey, this is it! I’m finally leaving you’.
Continue Reading Below
An Interesting Fact
Alexis and Timothy Olyphant came into the limelight when Olyphant was seen wearing his wedding ring on the right hand. Some sources speculated that this signalled that their marriage was ending. However, the truth was far from it! Very few people know that he wears the wedding ring on the right hand rather than the left one as compared to other married people.
Personal Life
Alexis Knief was born on January 1, 1970 in the United States. She attended the University of Southern California where she met Timothy Olyphant. The two became friends and then lovers. They got married in 1991 in a private ceremony, in the presence of their loved ones. Knief gave birth to Olyphant’s daughter Grace Katherine in 1999. Two years later, their son Henry was born. Then in 2003, their daughter Vivian was born.
Knief likes to keep details of her private life secret. This is the reason there is nothing known to the media about the celebrity wife’s parents, siblings, and birth place. She also hasn’t disclosed anything regarding her childhood and early life. Still, one can get to know more about the star wife through Timothy’s social media page on Facebook. 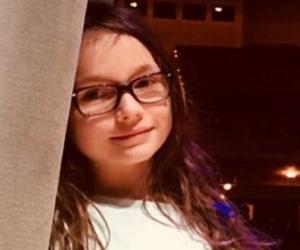