(Actor, Filmmaker and Musician Known for His Role as ‘Andy Dufresne’ in the Film ‘The Shawshank Redemption’)

Advanced Search
Timothy Francis "Tim" Robbins is an actor cum producer who is as famous for his acting talents as he is for his activism. A man with liberal political views, he often chooses films that promote liberty and civil rights for all. He is known to act in movies that highlight social and political issues such as capital punishment, child sexual abuse and libertarian politics. The son of an actress and a musician, he developed an early interest in show business. He was a member of his school drama club and started doing theatre when he was 12. As a teenager he spent many years in the Annual Summer Street Theater at Theater for the New City and played the leading role in a musical adaptation of ‘The Little Prince’. He began his professional acting career as a television actor and appeared as a domestic terrorist in the program ‘St. Elsewhere’. Gradually he set his eyes on entering Hollywood and started doing minor roles in films. His portrayal of a likeable baseball player in the movie ‘Bull Durham’ got him noticed and helped to propel his career to great heights. Famous for his slender frame and mellow voice, Robbins is especially talented at playing soft-spoken and sensitive characters on screen. American People
American Men
California Actors
University Of California, Los Angeles
Tall Celebrities
Childhood & Early Life
He is the son of Mary Cecelia, an actress, and Gilbert Lee Robbins, a folk musician and actor. He has two sisters and a brother.
Exposed to drama and films at an early age, he started doing theater when he was 12 years of age. He went to Stuyvesant High School where he joined the drama club.
He enrolled at the UCLA Film School from where he graduated in 1981. He then founded an experimental theater group, The Actor’s Gang, in Los Angeles. 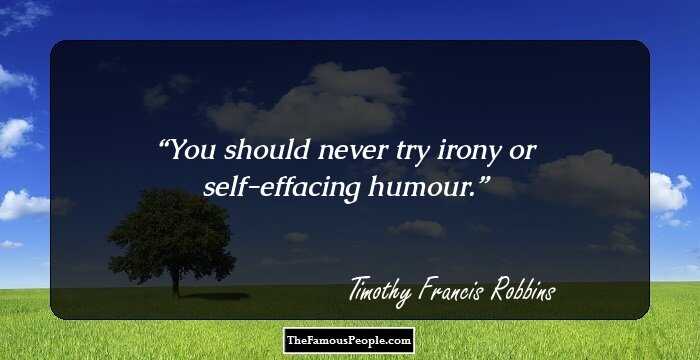 Quotes: Trying
Continue Reading Below
Career
He began his acting career as a television actor in 1982. He played the role of the domestic terrorist Andrew Reinhardt in three episodes of the television show ‘St. Elsewhere’. He also did guest appearances in television programs.
During the mid 1980s he started doing minor roles in films like ‘Toy Soldiers’, ‘Fraternity Vacation’ (1985), ‘Top Gun’ (1986), etc. His first major role was in the highly forgettable, flop film ‘Howard the Duck’ in 1986 which almost threatened to end his career.
He first got noticed for his performance in the romantic sports comedy ‘Bull Durham’ in 1988 in which he played the character of the rookie pitcher Nuke. The movie was a commercial as well as critical success.
He turned director and screenwriter with his 1992 film ‘Bob Roberts’. The film was a satirical mockumentary about the life of Bob Roberts, a right-wing conservative politician who is running for the U.S Senate election. The film was based on a short segment of the same name that Robbins had did earlier for the ‘Saturday Night Live’.
He starred along with Morgan Freeman in the drama film ‘The Shawshank Redemption’ in 1994. The movie was adapted from the novella ‘Rita Hayworth and Shawshank Redemption’ by Stephen King and tells the story of an innocent man who is wrongly accused of the murder of his wife and lover. The movie received highly positive reviews.
He wrote and directed the crime drama film ‘Dead Man Walking’ in 1995 which had Susan Sarandon and Sean Penn in leading roles. It revolves around the story of Sister Helen Prejean who has a special relationship with a prisoner on death row.
In 1999 he wrote, produced and directed the drama film ‘Cradle Will Rock’ that chronicles the events that surrounded the production of the 1937 musical ‘The Cradle Will Rock’ by Marc Blitzstein.
He starred in the 2003 drama film ‘Mystic River’ which also had actors like Sean Penn, Kevin Bacon, and Emmy Rossum. The movie was based on the Dennis Lehane’s novel of the same name. The film won several Academy awards.
He appeared in a Spanish film, ‘The Secret Life of Words’ in 2005 in which he played a burn victim, Josef, who is temporarily blinded by an oil rig fire, and his relationship with his taciturn nurse, Hanna.
He was a part of the main cast of the HBO drama film ‘Cinema Verite’ which was a fictionalized account of the production of ‘An American Family’ which is considered to be one of the earliest shows of the reality television genre. 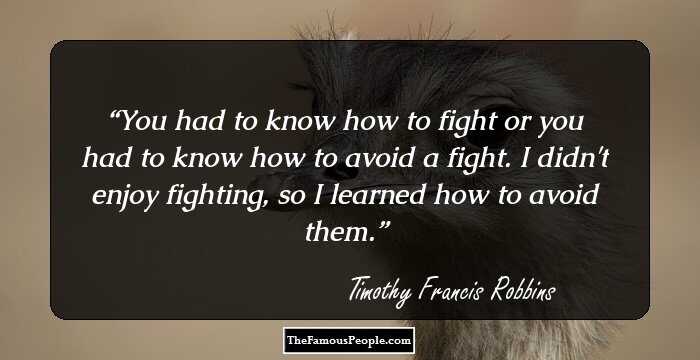 Major Works
His role in ‘Mystic River’ was highly appreciated and he won several awards and accolades for this. He portrayed a victim of childhood sexual abuse who is haunted by his experiences even after he grows up into a seemingly normal adult.
He produced and directed the critically acclaimed crime drama film ‘Dead Man Walking’ which told the story of a prisoner on death row who is accused of killing a teenage couple and the profound relationship he forms with Sister Helen Prejean.
Awards & Achievements
He won the Academy Award for Best Supporting Actor for his portrayal of Dave Boyle in ‘Mystic River’ in 2003. He also won the Broadcast Film Critics Association Award and Golden Globe Award for Best Supporting Actor – Motion Picture for Best Supporting Actor for the same role. 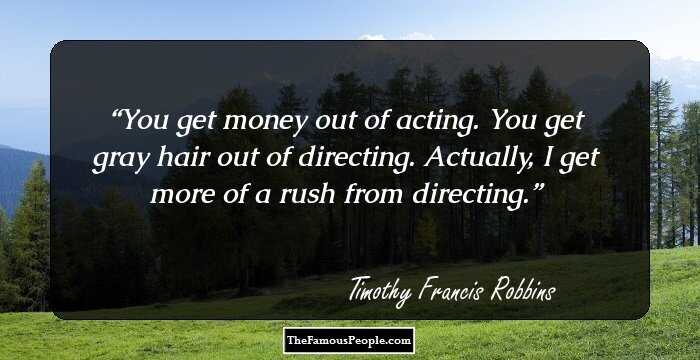 Quotes: Money
Personal Life & Legacy
He was in a relationship with actress Susan Sarandon from 1988 till 2009 and has two sons.
Trivia
Towering at a height of 6 feet 5 inches, he was the tallest Academy award winning actor as on 2011.