Tim Allen is an American actor, comedian, voice over artist, entertainer, and writer. After struggling for years as a stand-up comedian at the comedy clubs in Los Angeles and appearing in small-time cable shows and television commercials, Allen received his big breakthrough with ABC’s sitcom ‘Home Improvement.’ The series ran for eight years and kick-started Allen’s acting career and established him as an actor and comedian in Hollywood. After appearing in the sitcom, he landed meaty roles in movies like ‘Galaxy Quest’ and ‘The Santa Clause’ film series. He also voiced ‘Buzz Lightyear’ in the ‘Toy Story’ film series. Before becoming an actor, Allen’s life was chaotic. His father died when he was only 11, and he dealt with illegal drugs to make easy money. He was arrested for the possession of cocaine and was put behind bars for 28 months. American People
Comedians
Stand-up Comedians
American Men
Colorado Actors
Childhood & Early Life
Tim Allen was born Timothy Alan Dick on June 13, 1953, in Denver, Colorado, USA, to Gerald and Martha. His father was a real estate agent, while his mother was a community service worker. Allen was fond of his father and still remembers him for his great sense of humor.
When Allen was just 11, his father died in a car accident, which left him devastated. Two years after his father’s death, his mother got married to her friend. He had to move with his family to Birmingham, Michigan.
He went to ‘Ernest W. Seaholm High School’ in Birmingham. It was here that he explored his penchant for acting for the first time. He then attended ‘Central Michigan University,’ later transferring to ‘Western Michigan University.’
Allen was a troubled teenager. When he finished his bachelor’s degree in television and radio production, he started making extra money by selling narcotics. He then took up a job at a sporting goods store. 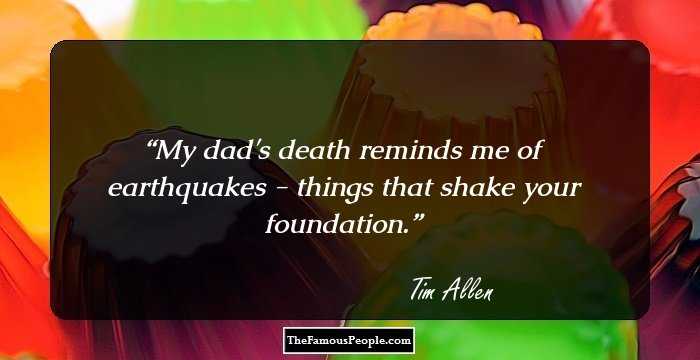 Continue Reading Below
Career
Allen was offered a better position at the sporting goods store; he landed work in the store’s in-house advertising agency and things started getting better for him, but he continued to deal in narcotics. In 1978, he was arrested for the possession of cocaine.
Out on bail, Allen tried his hand at stand-up comedy and made his debut at Detroit's ‘Comedy Castle.’ Right after his performance, he was taken in to testify and was sentenced to 28 months in jail.
In Detroit, he started gaining popularity when he appeared in local television adverts. He also performed in cable comedy shows like ‘Some Semblance of Sanity.’ He moved to Los Angeles and started performing at ‘The Comedy Store.’
Gradually, he started making appearances on late night talk shows. His popularity increased when he appeared in ‘Home Improvement’ (1991-1999).
With his prominent role as ‘Tim “The Tool-Man” Taylor’ in ‘Home Improvement’ on ABC, Allen started gaining recognition in Hollywood. In 1994, he starred in the highest-grossing film of the year, ‘The Santa Clause.’
In 1994, Allen published his New York Times best-seller ‘Don’t Stand Too Close to a Naked Man.’ The following year, he voiced the popular character ‘Buzz Lightyear’ in ‘Toy Story,’ which went on to become successful.
Along with his acting career, Allen formed his own race team with Steve Saleen and race driver Bob Bondurant. He called his team ‘Saleen/Allen “RRR” Speedlab.’ The team drove Saleen Mustangs in the ‘SCCA World Challenge.’
In 1997, he starred in ‘Jungle 2 Jungle.’ Even though it was a ‘Disney’ production, it failed at the box office. Two years later, he was cast in ‘Toy Story 2’ as ‘Buzz Lightyear.’
In the late-90s and 2000s, Allen worked in movies like ‘Galaxy Quest’ (1999)—a science fiction parody with Alan Rickman, Sigourney Weaver, etc.,—‘Zoom’ (2006), ‘The Santa Clause 3’ (2006), and ‘The Shaggy Dog’ (2006).
Continue Reading Below
He appeared frequently in television and radio in 2009, thanks to his ‘Pure Michigan’ commercials. He did these famous commercials for ‘Travel Michigan’ agency. In the same year, he started the preview tour for his movie ‘Crazy on the Outside.’
Since 2011, Allen has starred in the ABC sitcom ‘Last Man Standing.’ He plays the role of ‘Mike Baxter’ who struggles to establish his masculinity in a household dominated by women—his wife and three daughters.
Due to his TV commitment, Tim had taken a brief break from movies, but returned with Netflix’s black comedy film ‘El Camino Christmas’ in 2017. Two years later, he reprised his role as ‘Buzz Lightyear’ in the fourth installment of ‘Toy Story,’ ‘Toy Story 4.’ 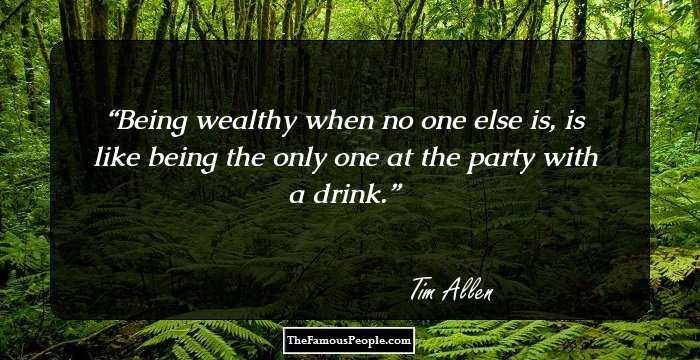 Major Works
The most important milestone in Allen’s career is his role in ABC’s ‘Home Improvement.’ The role established him as a seasoned comedian and made him a household name in the United States of America. The series ran for eight years and launched his acting career.
The actor’s portrayal of ‘Mike Baxter,’ a father of three daughters who tries to gain a foothold in his home, in ‘Last Man Standing’ (2011-present) is well appreciated.
Personal Life & Legacy
Allen got married to his longtime girlfriend Laura Diebel in 1984. His marriage ended in divorce in 2003. Allen and Laura have a daughter named Katherine.
Allen married actress Jane Hajduk in 2006 after dating her for five long years. He has a daughter with her. 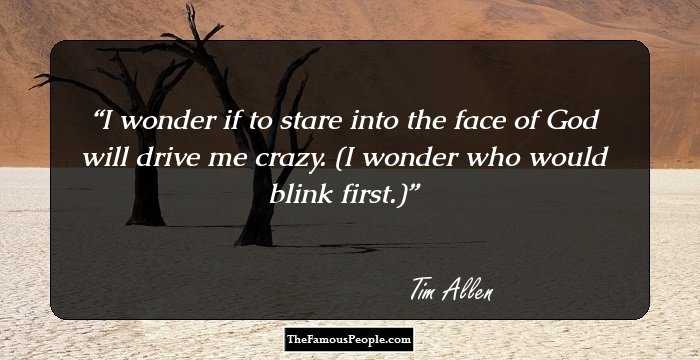 See the events in life of Tim Allen in Chronological Order