Thomas Brodie-Sangster is a British actor who came into limelight at an early age when he landed a major role in the star-studded romantic comedy Love Actually. When he was ten, he was inspired by his parents to become an actor after watching them in a play about the life of Edgar Allan Poe in Prague. He inherited his acting skills from his parents and never took any acting lessons. Even in his late twenties, much of his appeal comes from his youthful charms. Interestingly, he often gets roles where the characters demand a young but wise portrayal. In his early twenties, he was cast in Game of Thrones as twelve year old Jojen Reed, a mystic seer, who leads one of the main characters, Bran, to his destiny. Likewise, in BBC2's Wolf Hall, twenty-five year old Sangster was cast as fifteen year old Rafe Sadler, who is wise enough to offer counsel when needed. He has so far worked in a number of successful films and television series, and has worked with a host of Hollywood hotshots. Freddie Highmore
DID WE MISS SOMEONE?
CLICK HERE AND TELL US
WE'LL MAKE SURE
THEY'RE HERE A.S.A.P
Quick Facts

Thomas Brodie-Sangster was born on May 16, 1990, in London, England. His parents, Mark Sangster and Tasha Bertram, are theatre actors. He has a younger sister Ava.

In 2001, Thomas Brodie-Sangster landed his first acting role at the age of eleven in the BBC television film, Station Jim. It was followed by lead roles in more TV films like The Miracle of the Cards and Bobbie's Girl.

In 2002, he appeared in six episodes of the television mini-series Stig of the Dump. The following year, he played young Hitler in the two-part telefilm Hitler: The Rise of Evil

His first major role came in 2003, in the movie Love Actually, where he acted alongside stars like Liam Neeson and Hugh Grant. His portrayal of an orphan boy immediately won over the audience.

In 2004, he was cast as Robert Nobel in the mini-series Feather Boy. He appeared in six episodes of the series.

Sangster, who had worked with Emma Thompson in Love Actually, was cast in a lead role in her commercially successful comedy Nanny McPhee in 2005. Other than Thompson, the movie was also his second film with Colin Firth and Adam Godley.

2006 saw him playing young Tristan, the younger version of James Franco's character, in the film Tristan and Isolde. He can be seen participating in a sword-fighting scene in the movie.

In 2007, he charmed the audience with his mesmerizing performance as the child ruler Romulus Augustus, the last Roman Emperor, in the action adventure movie The Last Legion. In the film, he stars alongside Colin Firth and Sir Ben Kingsley.

He portrayed the schoolboy Timothy "Tim" Latimer in two consecutive episodes of the British science fiction series Doctor Who in 2007. He also worked as a guest voice actor in two Big Finish 'Doctor Who' audio dramas.

He worked in the Disney Channel animated series Phineas and Ferb, which broadcast its first episode on August 17, 2007. He lent his voice to Ferb Fletcher in the series, which ran for 4 seasons with a total of 222 episodes.

In 2009, Sangster worked in a couple of biographical films. He appeared in Bright Star, a love story based on John Keats and his lover Fanny Brawne. He portrayed Paul McCartney in Nowhere Boy, a film about the teenage years of John Lennon. Even though he could play the guitar, he had to learn playing it with his left hand to emulate the left-handed musician.

In 2011, he appeared in the Irish film Death of a Superhero, based on the eponymous novel. The same year, he also played the role of Liam in the film Hideaways.

In 2012, he got the role of Jojen Reed in the award-winning television series Game of Thrones. He portrayed the character in ten episodes throughout season three and four, in 2013-14.

He bagged the role of Newt in the dystopian science fiction film The Maze Runner in 2014. The next year, he reprised his role in the sequel Maze Runner: The Scorch Trials.

In 2015, he was cast as a voice actor in the animated science fiction series Thunderbirds Are Go. He is the voice of John Tracy in the series.

Love Actually is considered one of Thomas Brodie-Sangster's major works, for which he is still remembered fondly by the audience. He was nominated for a Golden Satellite Award and a Young Artist Award for his role in the film.

Another role for which he received praise is Newt in The Maze Runner series. He was nominated for Choice Movie: Breakout Star award in 2015 for the role.

In 2003, he won the Golden Nymph award at the 43rd Annual Monte Carlo Television Festival for his role in the miniseries Entrusted.

In 2016, he won a Teen Choice Award for his on-screen chemistry with co-star Dylan O'Brien in Maze Runner: The Scorch Trials.

In 2008, Thomas Brodie-Sangster began dating Patience Harding, but the couple broke up the next year. He started dating Isabella Melling in 2014, and they broke up in 2017. Since 2022, he has been romatically linked to Talulah Riley.

He starred alongside Aaron Taylor-Johnson in the film Nowhere Boy.

In 2006, he and his mother Tasha Bertram founded an independent company, Brodie Films, to help new British talents in the film industry. However, the company was terminated in May 2013.

He joined the band Winnet in 2010 and plays the bass there.

School was difficult for Thomas Brodie-Sangster to some extent, as he suffered from a mild form of dyslexia. He had difficulties in reading long paragraphs. Acting in films was his means of escape from school. His mother helped him learn his dialogues by reading out the scripts for him.

At the age of 24, he was once denied alcohol in a bar as he looked underage. He showed the stuff his IMDB profile to convince them that he was born in 1990. Even though they recognized him and asked for autographs, they still didn't serve him alcohol. 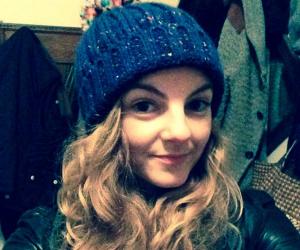