One of the most talented British actors, Hugh Grant is among the Hollywood’s most successful actors. Born in a modest family in London, he earned a scholarship to college and became a part of the Oxford University Dramatic Society, which exposed him to the world of acting. He made his debut with the film ‘Privileged’, while he was still a student. After his performance in the film was appreciated, he went on to choose a career in acting and abandoned his plans to pursue a Ph.D. He gained fame and acclaim with his role in the film, ‘Four Weddings and a Funeral’, after which his career in the movies reached great heights, with a number of successful films. Some of his well-known films include, ‘Sense and Sensibility’, ‘Notting Hill’, ‘Bridget Jones's Diary’ and ‘Music and Lyrics’. Hugh Grant has established himself as one of the ‘A list’ Hollywood actors. He is best known for his effortless comic style and satirical comic timing. British People
British Men
Virgo Actors
British Actors
Actors Who Are In Their 60s
Childhood & Early Life
Hugh Grant was born in London to Captain James Murray Grant and Fynvola Susan MacLean, a school teacher. He was raised in a humble environment at Chiswick, west London.
He was an enthusiastic participant in sports and played rugby, soccer and cricket during his school days. In 1979, he enrolled at the New College, Oxford, on scholarship.
He later became a part of the Oxford University Dramatic Society and pursued acting only as a creative outlook. During this time, he starred in the production, ‘Twelfth Night’. 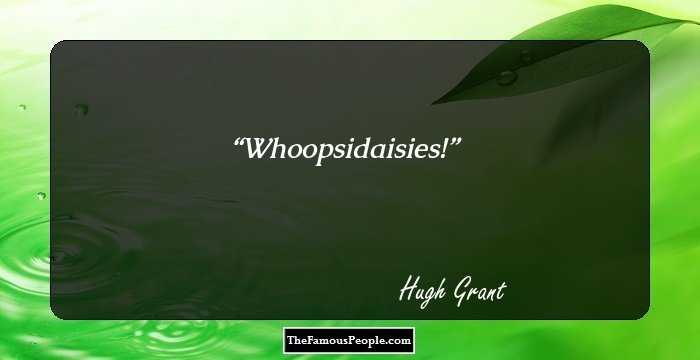 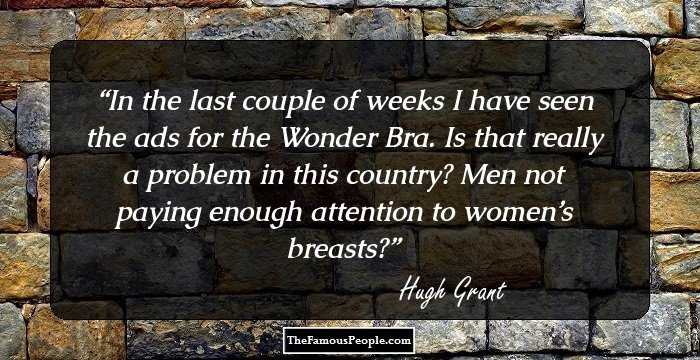 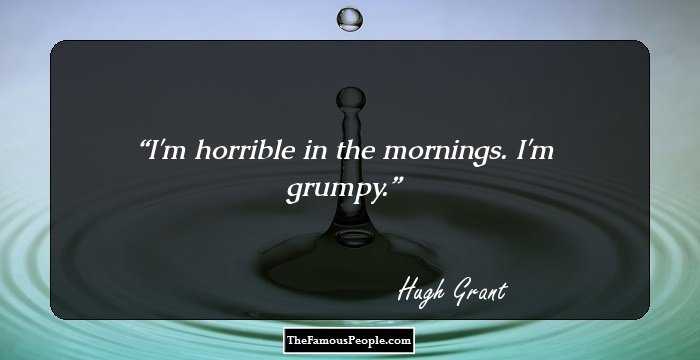 Personal Life & Legacy
In 1987, he married actress Elizabeth Hurley and the couple divorced in the year 2000.
He has two children with a Chinese woman named Tinglan Hong.
In 2004, he married writer and campaigner Jemima Khan. The couple divorced in the year 2007.
Trivia
This golden Globe winning actor was once caught with a prostitute in his car in Los Angeles, California. He was subsequently arrested by the police and he paid a huge fine.

See the events in life of Hugh Grant in Chronological Order