Angus William Jake Imrie is an English actor best known for his role of Josh Archer in the radio drama series ‘The Archers’. His role had earned him the ‘Most Promising Actor Award’ at ‘The Sunday Times’ National Student Drama Festival. Born in Isle of Wight, England, he is the son of Celia Imrie and Benjamin Whitrow, both of who are actors. He began his career at an early age and appeared in various radio, stage, and TV productions. While he was pursuing his acting career, he also attended London Academy of Music and Dramatic Art, which is the country’s oldest school of drama. He gained popularity after his work in the radio soap opera ‘The Archers’. Other notable works in his career include the miniseries ‘Restless’ and the radio drama ‘The Treasure Seekers’. British People
University Of Warwick
London Academy Of Music And Dramatic Art
Tall Celebrities
Tall Female Celebrities
Career
Angus Imrie made his acting debut with a minor role in the film ‘Station Jim’ at the age of five. He next had an uncredited minor role in the 2005 drama film ‘Wah-wah’. The film was a commercial failure. In 2007, he had a guest role in the British TV series ‘Kingdom’. The series revolved around a solicitor who is dealing with family, colleagues, and the strange locals, who come to him for legal assistance. It aired between 2007 and 2009.
His next role on television was in ‘Restless’ in 2012. It was a miniseries based on the espionage novel ‘Restless’, published in 2006. The miniseries was directed by Edward Hall. The same year, he was also seen in the TV series ‘The Hollow Crown’. It was a series of British TV film adaptations of William Shakespeare’s plays. The next year, he had a guest role in the detective period drama film ‘Father Brown’.
His popularity increased after he started playing the important role of Josh Archer in the long-running radio soap opera ‘The Archers’. The series had started airing in 1951, particularly with the aim of educating farmers after World War II. The series has aired over 19,000 episodes over the years, making it the world’s longest-running drama. He also continued to appear in other radio shows, including the single dramas ‘Buddenbrooks’, ‘People in Cars’, and ‘A Voyage Round My Father’. His latest work on radio is a significant role in the drama series ‘The Story of the Treasure Seekers’.
In 2018, he had an important role in the drama film ‘Pond Life’. It was directed by Bill Buckhurst. In 2019, he played a supporting role in the fantasy adventure film ‘The Kid Who Would Be King’. It was directed by Joe Cornish. The film was a commercial failure. Its reviews were, however, mostly positive. He was also seen in the historical drama series ‘The Spanish Princess’, where he played Arthur, Prince of Wales. The same year, he appeared in a guest role in the comedy drama series ‘The Fleabag’ as well.
You May Like

Leo Actors
British Actors
Actors Who Are In Their 20s
Women Film & Theater Personalities
Continue Reading Below
Family & Personal Life
Angus Imrie was born on 2 August 1994, on the Isle of Wight, England. His parents are actors Celia Imrie and Benjamin Whitrow.
He first studied at Dulwich College and later attended University of Warwick, where he studied literature and theatre. He also studied at London Academy of Music and Dramatic Art.
He hasn’t revealed anything regarding his love life.
Recommended Lists: 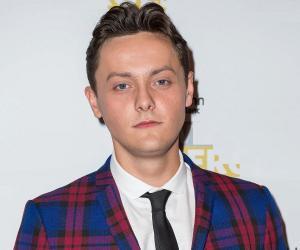 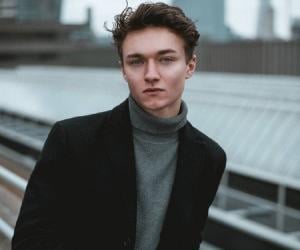