Tess Daly is an English model, actress, author and television personality best known for co-presenting the dancing reality show Strictly Come Dancing. Born and raised in Derbyshire, England, into a middle-class family, Tess’ mother wanted her to become a nurse. But a chance encounter with a model scout at the age of 17 changed the course of her life. At the age of 18, she began her modelling career and travelled to Tokyo, Paris and New York for her modelling assignments. After working as a model for more than a decade, in 2000, she entered the world of television and began as a co-presenter of the television shows such as ‘Find Me a Model’, ‘Back to Reality’ and ‘SMTV Live’. In 2004, she began co-presenting the British dancing reality show titled ‘Strictly Come Dancing’. It became one of the most popular reality shows in British history and turned Tess into a household name. She further appeared presenting more such shows as ‘This Time Tomorrow’ and ‘Just the Two of Us’. Also appearing as the face for a few local brands, she has also written two novels, such as ‘The Camera Never Lies’ and ‘It’s Up to You New York’. Tess Daly was born Helen Elizabeth Daly, on March 29, 1969, in Birch Vale, New Mills, Derbyshire, England, to Sylvia and Vivian Daly. She hails from an Irish family and was born as the eldest child in the family of two children. She has a younger sister named Karen. Both her parents worked in textile factories and she grew up in middle-class financial conditions.

Her father was a ballroom dancing enthusiast, and Tess eventually caught up with that love when she was a kid. Even though she loved dancing, she never thought of making a career in it. Instead, she wanted to become a nurse, as biology was her favourite subject in school. However, once as a kid, she saw a lot of blood when her sister cut herself, which caused her to feel sick. After that, she realized that she could not be a nurse.

When she grew up, her parents pushed her to become a banker or a nurse, both safe professions. But by then, Tess had somewhat made up her mind about working in the show business. She was consistently practising dancing.

Tess Daly attended two local schools, Hayfield Primary School and New Mills Secondary School. She was in high school when she began her modelling career, which happened by accident.

When she was a few months away from turning 18, she was approached by a modelling scout while she was awaiting her sister in front of a McDonald‘s restaurant in Manchester. She accepted the offer and hence, her career took off.

There was already a very famous model by the name of Helen, while she was signing the contracts, hence, she was asked to consider changing her name for her modelling assignments to eliminate confusion. Her agent was obsessed with a German actress/model named Nastassja Kinski and her film ‘Tess’. Thus, he suggested Helen change her modelling name to Tess, which she agreed to do.

However later in her career, she regretted changing her name. She said that it was a decision she agreed to because she was gullible and did not know any better. She, however, never changed her name officially, as she did not want to disrespect her parents by changing the name they gave her.

Following her discovery by the scout, she turned 18 a few weeks later and sometime later, she was sent on her first modelling assignment, to Japan. She was there for many months and did a few modelling assignments, also learning the Japanese language while she was at it.

For the next few years, Tess Daly did some modelling work at many destinations across Asia and Europe but she every time came back home to London. Towards the mid-1990s, when her work became intense in Paris, she shifted there for five years, and then returned back to London for six months, only to shift for five years again, this time to New York.

However, she gained immense attention when she appeared naked for band The Beloved’s music video for the song titled ‘Sweet Harmony’. By the late 2000s, she had become interested in expanding her horizon and work in television as well.

Tess Daly moved to New York to further her modelling career, where a friend suggested that she must try being an interviewer. She called a highly controversial writer Quentin Crisp and asked if she could interview him. The latter agreed and she took the interview of him and many others, and made a show-reel to present to the network executives in the UK. She and Quentin became lifelong friends after the interview.

In 2000, she travelled around many UK television studios and caught the attention of producers of ‘The Big Breakfast’, a morning entertainment television which was broadcasted on Channel 4. She was called for an audition to host their next show titled ‘Find Me a Model’ and she was selected.

Her first television presenting gig led her to do more television work as a presenter for shows such as ‘Singled Out’, ‘Smash Hits TV’ and ‘Get Your Kit Off’ among others.

In 2004, Tess Daly co-presented the reality show titled ‘Back to Reality’, with Richard Bacon. The reality TV show which aired on Channel 5 was advertised as the biggest television reality show of all times; however, it failed to impress the critics or the audiences and was not renewed for a second season.

In the same year, Tess Daly was seen co-presenting the show titled ‘Sport Relief’, a charity event, with Jamie Theakston.

In 2004 came the big break for her when she was hired to be the co-presenter of the British dancing reality show titled ‘Strictly Come Dancing’. Despite many changes in the presenters and judges of the show over the years, Tess has remained constant with the show as a presenter. The show happens to be one of the most popular shows on British television and has been running for 18 seasons. ‘Strictly Come Dancing’ is the show that made Tess a household name in the country.

She was later seen presenting the singing reality show titled ‘Just the Two of Us’ in 2006. In the next few years, she further took on the duty to present television shows such as ‘This Time Tomorrow’ and ‘Royal Variety Performance’.

In 2011, she published her debut novel, titled ‘The Camera Never Lies’. The romantic novel was loosely based on her own experiences of working in the show business and told the story of how love can blossom behind the scenes. Two years later, she published another book titled ‘It’s Up toYou New York’.

In addition to her regular television gigs as a co-presenter, she has also appeared as a guest presenter for the shows such as ‘Davina’, ‘Celebrity Juice’, ‘That Puppet Game Show’ and ‘Celebrity Squares’.

In the more recent years, she has seen presenting shows such as ‘The One Show’ and ‘Being Mum’. She also appeared playing the role as a television host in a fiction show in the series titled ‘Almost Never’.

Other than her television endeavours, she has also been the face of many national and international brands, such as L’Oreal, Vitabiotics Wellwoman supplement brand, Danone yogurt and a lingerie brand La Senza.

Tess Daly met Vernon Kay during one of her television presenting gigs in 2000. Vernon is a DJ and a TV presenter professionally. The couple got married in 2003 and had two children together.

Tess currently lives in Buckinghamshire with her husband and daughters.

She is close friends with Prince Charles of the UK, along with celebrities such as Bruce Forsyth and Kate Hudson.

Despite working in a field that requires her to travel a lot, she has a fear of flying. She drinks alcohol to manage her anxieties while in air.

See the events in life of Tess Daly in Chronological Order 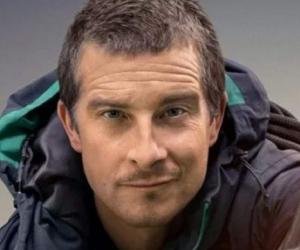