(Filmmaker Best Known for His Films: 'Boy', 'Hunt for the Wilderpeople' and 'What We Do in the Shadows')
Advanced Search

Taika Waititi is a New Zealand writer, director, producer and actor best known for winning an Academy Award for adapting the screenplay of the film Jojo Rabbit. Born in Raukokore, Taika was raised by his mother following the divorce of his parents. He wanted to be an artist from an early age and following his parents’ support, he pursued acting in his high school. Also joining comedy troupes, he began making films when he attended the Victoria University of Wellington. After winning acclaim and an Academy Award nomination for his short film Two Cars, One Night, Taika made his feature film debut with Eagle Vs Shark. With his subsequent feature films such as Boy and What We Do in the Shadows, he earned a huge critical and commercial success. Directing 2017’s hugely successful Thor: Ragnarok was his career’s major turning point. He followed with another critically acclaimed film Jojo Rabbit, for which he won an Academy Award for Best Adapted Screenplay. In addition to writing and directing, Taika has also acted occasionally, in his own films and other directors’ works. He also associated himself as a director with the Star Wars series The Mandalorian. Taika Waititi was born Taika David Cohen, on August 16, 1975, in Raukokore, New Zealand, to Taika and Robin Waiti. His father was a farmer and an artist while his mother was a schoolteacher. Taika grew up in a household that was part Jewish and part Maori, however, he claimed that he was not a religious person growing up.

However, his parents’ marriage was not working and by the time he was 5 years old, his parents divorced. His mother got his custody and he was mostly raised by her in the East Coast and Wellington. Taika and his mother struggled through poverty after his father left. Taika has said that his mother had to work three jobs just to make the ends meet.

By the time he was in high school, he wanted to become a painter, like his mother. He also visited his father quite frequently. Inspired by his father, the desire to become a painter housed inside of him.  Both his parents were fully supportive of his passion for becoming an actor.

His mindset about being a painter changed when he joined the theatrical productions in school. He found acting to be much more fulfilling and became invested in doing theatrical plays.

Following his high school graduation, Taika enrolled at the Victoria University of Wellington and graduated in 1997 with a degree in fine arts. His desire to act had him becoming a part of a comedy troupe in college that travelled around the country, performing comedy. He also made short films in college, as by then, he had been struck by a strong desire to become a director. 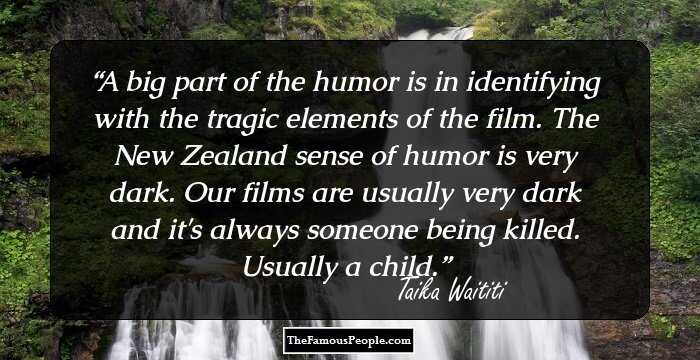 He was a part of two comedy groups in college- So You’re a Man and The Humourbeats. He travelled across New Zealand and Australia with his comedy shows. Taika received accolades for his performances on-stage, and the duo The Humourbeats was honoured with the Billy T Award in 1999. It was New Zealand’s top comedy award.

By the early 2000s, Taika had developed many interests, filmmaking was one of them. He began by making comedy short films, such as Two Cars, One Night. The film won many awards at the local and international film festivals, also receiving an Academy Award nomination.

In the late 1990s, he made his acting debut in the feature film titled Scarfies, playing a supporting role in the film. He followed with more acting roles in films such as Futile Attraction and short films such as A New Way Home.

In 2007, his debut feature film as a writer/director was released, titled Eagle vs Shark, which was a romantic comedy film. The film premiered at the Sundance Film Festival, where it was met with a good response. Miramax purchased the rights to distribute the film in the US after watching a trailer of the film. However, the film’s performance on the box office and the critical scale was not very promising.

In the same year, he also directed a few episodes of the American sitcom titled Flight of the Conchords.

He wrote and directed his next feature-length film titled Boy, a comedy-drama film set in the 1980s. The script of the film was selected in the 2005 Sundance Writers’ Lab. The film turned out to be a massive critical and commercial success after its release in 2010, becoming one of the highest-earning New Zealand films of the year. The film received its premiere at the Sundance Film Festival and was nominated for the Grand Jury Prize, the highest honour at the festival.

On the New Zealand box office, the film broke several records and became one of the most successful films of the decade at the local box office. In addition to writing and directing the film, Taika also played one of the key roles as the father of the main character.

In 2011, he appeared playing one of the key roles as Thomas Kalmaku in the DC superhero film titled Green Lantern. The film was a massive critical and box office debacle, leading the studio to scrap further plans of developing a sequel.

In 2014, he co-wrote and co-directed the mockumentary horror comedy film titled What We Do in the Shadows. It was the first film in what later became a franchise. Along with sharing the writing and directing credits, Taika also played the lead role as Viago in the film, which was based on one of his earlier short films.

Like most of Taika’s other films, What We Do in the Shadows also premiered at the Sundance Film Festival. The film turned out to be a huge critical and commercial success. It was later turned into a TV series in 2019, where Taika served as an executive producer and the director. The second season of the series received huge critical acclaim and received a Primetime Emmy nomination for the Outstanding Comedy Series.

In 2016, he wrote and directed his fourth film, an adventure comedy-drama film titled Hunt for the Wilderpeople. The film received its premiere at the Sundance Film Festival and became one of the most successful films of the year. The film also received widespread critical acclaim.

2017 was a big year for Taika. He was honoured with the New Zealander of the Year Award. However, he was unable to receive his award in person, owing to his work commitments.

In the same year, he served as the director of the first major blockbuster film of his career with Thor: Ragnarok. It was a Marvel cinematic universe film, based around the superhero character of Thor. The previous films in the Thor franchise had not performed as per the expectations. Thor: Ragnarok became a critical and commercial hit and a big one at that.

The film was appreciated for its humour content and its action. The success of the film established Taika as a blockbuster director. He was then hired to direct the sequel film, titled Thor: Love and Thunder.

In 2018, he was all set to work on a stop-motion animated film titled Bubbles, which was based on Michael Jackson’s life as seen through his pet chimpanzee. However, Taika had to leave the project owing to his prior engagements.

In 2019, he wrote and directed a period comedy-drama film titled Jojo Rabbit, based on the Second World War era. He himself played a key role as Hitler in the film. The film was nominated for two Academy Awards- Best Picture and Best Adapted Screenplay, winning the latter.

He later served as a director on a few episodes of the live-action streaming series The Mandalorian, which is based on the cult-classic Star Wars saga.

He is busy at the moment working on a few feature films, such as the live-action remake of the classic Japanese anime Akira, a Netflix animation series and Next Goal Wins. 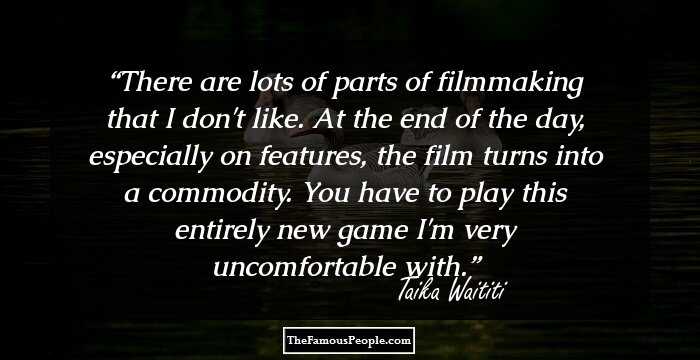 Taika Waititi married Chelsea Winstanley in 2011. Chelsea is a filmmaker and has worked with Taika on Jojo Rabbit and What We Do in the Shadows.

Taika Watiti has been a supporter of the New Zealand Labour Party and supported party’s Jacinda Andern during the 2017 general elections.

He initially used the surname Cohen, which was his mother’s. After his first short film, he permanently adopted the Waititi last name.

Quotes By Taika Waititi | Quote Of The Day | Top 100 Quotes

See the events in life of Taika Waititi in Chronological Order 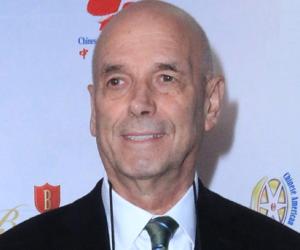 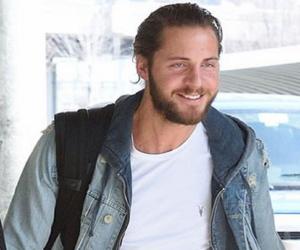