(New Zealand Director Known for His Films: ‘The Mask of Zorro’, ‘GoldenEye’ and ‘Casino Royale’)

Advanced Search
Martin Campbell is a UK-based film and TV director from New Zealand. He is known for the British miniseries ‘Edge of Darkness’, for which he won the BAFTA Award. Other works he is known for include the James Bond movies ‘GoldenEye’ and ‘Casino Royale’. Campbell was born in Hastings, New Zealand. He moved to London during his early years and initially began a career as a cameraman. His first work as a director was in the sex film ‘The Sex Thief.’ He came to popularity after he directed the British drama miniseries ‘Edge of Darkness’. Though the series had only six episodes, it was appreciated by the critics and audience. It also won Martin the BAFTA Award for ‘Best Drama Series’. His career reached new heights in the ensuing years after he got the chance to direct the spy film ‘GoldenEye’, which was based on the character James Bond. He also directed another James Bond film, ‘Casino Royale’, which received positive reviews and became the highest grossing James Bond film of its time. Seth Green
DID WE MISS SOMEONE?
CLICK HERE AND TELL US
WE'LL MAKE SURE
THEY'RE HERE A.S.A.P
Quick Facts 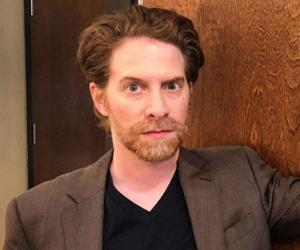 New Zealander People
New Zealander Directors
New Zealander Film & Theater Personalities
Scorpio Men
Career
Martin Campbell’s career as a director began with the 1973 sex film ‘The Sex Thief’. It starred actors such as David Warbeck, Diane Keen and Christopher Biggins. In 1975, he directed the British film ‘Eskimo Nell’. He next directed episodes of several TV shows such as ‘The Professionals’ and ‘Reilly: The Ace of Spies’. In 1985, he gained popularity for directing the six-episode miniseries ‘Edge of Darkness’. It was a crime-drama-political thriller. The story was about a policeman named Ronald Craven who is trying to uncover the truth behind the murder of his daughter Emma.
His investigations lead him to a world of dark forces that threaten the future of life on Earth. The series earned critical acclaim and is often regarded as one of the best British TV dramas. The series earned Campbell the BAFTA Award in the ‘Best Drama Series’ category.
In the meantime, he also continued to direct movies like ‘Criminal Law’ (1988), ‘Defenseless’ (1991), and ‘No Escape’ (1994). However, none of them was very successful. In 1995, he directed ‘GoldenEye’, a spy film based on the character James Bond. It starred actors such as Pierce Brosnan, Sean Bean, Izabella Scorupco and Famke Janssen. It was a commercial success, earning $355 million on a $60 million budget. The film was praised by the critics as well.
In 1998, Campbell directed the movie ‘The Mask of Zorro’. It was based on the masked vigilante Zorro. The film starred actors such as Antonio Banderas, Anthony Hopkins and Catherine Zeta-Jones. The film did well commercially, earning $250 million on a budget of $95 million. The reviews were mixed to positive. His next film was the survival thriller ‘Vertical Limit’, which was released in 2000. It did well commercially, earning over $200 million on a budget of $75 million. His next movie ‘Beyond Borders’, a romantic drama, was released in 2003. It was a critical and commercial failure.
In 2005, he directed the film ‘The Legend of Zorro’, which is the sequel to ‘The Mask of Zorro’, his 1998 film. The film earned around twice its budget, though it was met with mixed to negative reviews by the critics. The next year, he directed the British spy film ‘Casino Royale’, based on James Bond. The film was a huge success, earning nearly $600 million on a budget of $150 million. The film was also praised by the critics and won a few awards and nominations.
In 2010, he directed ‘Edge of Darkness’, which was a film remake of his TV series of the same name. However, it wasn’t a success like the series, and received mostly mixed reviews. It was made on a budget of $80 million and earned just $81 million, hardly recovering its budget. In 2011, he directed the superhero film ‘Green Lantern’, based on DC Comics. The film was not a big success commercially, earning only $219 million on a budget of $200 million. Its reviews were negative.
His most recent film is ‘The Foreigner’, an action thriller which starred Jackie Chan in the leading role. The film is about a Chinese man trying to get revenge for his daughter’s killing. Produced on a budget of $35 million, the film earned over $145 million at the box office. Its reviews were mixed to positive. Other actors in the film included Pierce Brosnan, Michael McElhatton and Liu Tao.
Continue Reading Below
Family & Personal Life
Martin Campbell was born on 24th October 1943, in Hastings, New Zealand. He hasn’t revealed much regarding his early life.
He married Sol E. Romero in 2006. They have three children. Previously, he was married to Diana Hardcastle and Valarie Trapp. 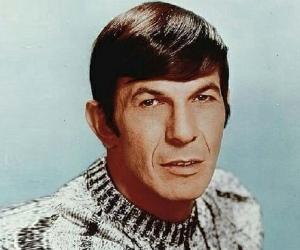