Steven Yeun, born as Yeun Sang-yeop, is a South Korean born American actor. He is famous for portraying the role of Glenn Rhee on the horror drama TV series ‘The Walking Dead’ as well as of Sebastian on the series ‘The Big Bang Theory’. Besides television, Yeun has appeared in several movies and short films, such as ‘My Name Is Jerry’, ‘Blowout Sale’, ‘Mayhem’ and ‘Okja’, to name a few. Apart from this, the talented actor has done tons of commercials for high-end brands and companies like Apple, Milky Way and Best Buy. It doesn’t end here! Yeun has also done cartoon and video game voiceovers. Possessing the passion for acting since college, the South Korean -American actor has worked hard to build a successful career and a great fan base. Despite being so popular, Yeun is a down-to-earth personality in real life. Coming to his social media popularity, the actor-singer has a massive fan-following on social networking sites. As of July 2017, Yeun has got about 3.6m followers and 1.55m followers on Instagram and Twitter respectively. 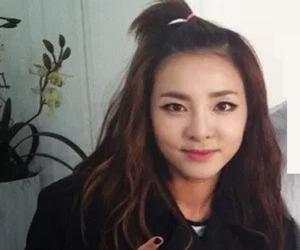 Ezra Miller
Actors #734
Film & Theater Personalities #1603
Continue Reading Below
DID WE MISS SOMEONE?
CLICK HERE AND TELL US
WE'LL MAKE SURE
THEY'RE HERE A.S.A.P
Quick Facts

American People
South Korean People
South Korean Men
American Actors
Sagittarius Actors
Actors Who Are In Their 30s
Career
Steven Yeun developed an interest in acting during his freshman year at college. After graduation, he moved to Chicago and joined the sketch comedy group ‘Stir Friday Night’ followed by ‘The Second City’ and then moved to Los Angeles in 2009. The same year, he did small roles in the films ‘The Kari Files’ and ‘My Name Is Jerry’. The following year, the actor’s breakthrough role came when he was offered the series ‘The Walking Dead’. This drama earned several positive reviews from television critics and even became the highest rated TV series in the cable television history. The same year, Yeun did an episode in ‘The Big Bang Theory’ as well as two short films namely ‘Carpe Millennium’ and ‘Blowout Sale’ respectively.
In 2012, the actor appeared in the TV shows ‘NTSF:SD:SUV::’ and ‘Harder Than it Looks’. A year later, he lent his voice to the character of Avatar Wan in the series ‘The Legend of Korra’. After this, Yeun did three television projects, ‘Drunk History’, ‘American Dad’ and ‘Comedy Bang! Bang!’ In 2016, the South Korean-American star was offered voice work for ‘Voltron: Legendary Defender’ and ‘Trollhunters’. These series are running till now. In 2017, he did two movies ‘Mayhem’ and ‘Okja’. Note that Yeun has also done voice work for video games such as ‘Crysis’ and ‘Crysis Warhead’.
You May Like

South Korean Actors
American Film & Theater Personalities
South Korean Film & Theater Personalities
Sagittarius Men
Continue Reading Below
Personal Life
Steven Yeun was born as Yeun Sang-yeop on December 21, 1983 in Seoul, South Korea, to parents Je and June Yeun. He has a brother named Brian Yeun. He was raised in Troy, Michigan. His parents changed his name to "Steven" after meeting an American doctor with the same name. Yeun graduated from the Kalamazoo College, earning his bachelor's degree in psychology in the year 2005. Coming to the actor’s love life, he has been married to Joana Pak since 2016.