Stephen Kay is an American actor, director, and screenwriter. He is equally devoted to films and TV productions. An alumnus of ‘The American Film Institute,' Stephen began his career as an actor but later served the industry as a director and a writer. Most of his projects belong to the thriller and horror genres. Starting with the low-budget horror 'The Zero Boys,' Stephen eventually worked in several prominent films, such as 'Lethal Weapon 3,' 'The Last Time I Committed Suicide,' 'The Mod Squad,' 'Get Carter,' and 'Boogeyman.' He has also written and directed a bunch of short films and TV movies. As a TV actor, Stephen is best known for his roles in 'General Hospital' and 'Deadly Games.' He later directed episodes of several series. He is married to actor Piper Perabo of 'Covert Affairs' fame. 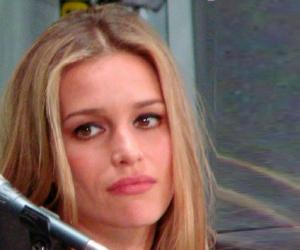 American People
American Men
Cancer Actors
American Actors
American Directors
Childhood & Early Life
Stephen was born Stephen T Kay, on July 2, 1963, in New Zealand. After graduating from 'Brown University,' he attended 'The American Film Institute,' where he had his first directing and acting experience.
Continue Reading Below
You May Like

The Sexiest Men Of 2020, Ranked
Career
Stephen began his career as an actor and appeared in the role of a soldier in the 1986 low-budget action–horror B-movie 'The Zero Boys.' He then made a guest appearance as an editor in the drama series 'Thirtysomething' (1990) and appeared as ‘Ralph’ in the 'NBC' science-fiction 'Quantum Leap' (1991). However, Stephen was noticed after he appeared in a brief role in the 1992 big-budget action flick 'Lethal Weapon 3.'
In 1993, Stephen appeared in the brief role of ‘Vincent Polaski’ in the 'CBS' crime drama 'Murder, She Wrote.' He later appeared in one more episode of the series in 1996, as ‘Darren Crosley.’ Meanwhile, he played ‘Hawkins’ in an episode of the 'Fox' teen and family drama 'Party of Five.'
From 1995 to 1997, Stephen appeared as ‘Peter Rucker,’ his first recurring role (13 episodes), in the 'UPN' action science-fiction ‘Deadly Games.' After quitting the show, he began his stint in the 'ABC' daytime TV medical drama 'General Hospital.' Stephen essayed the role of ‘Reginald Jennings’ in 32 episodes, from 1998 to 2003.
While Stephen was making his career in acting, he also made his debut as a director. He directed the 1994 'Showtime' short movie 'Two Over Easy.' The film was based on Ted Henning’s play. Stephen had co-written the film with Ted. The short turned out to be a profitable project for his career, as it earned 3 'CableACE Awards' nominations.
Stephen got noted as a director and a writer with his first Hollywood project, the 1997 independent drama film 'The Last Time I Committed Suicide,' starring Keanu Reeves. The idea of the film was conceived over a hockey match. Keanu heard the idea and was intrigued. Stephen thought Keanu would be the perfect choice for the film, as his association arranged the funding and springboard for the project. Stephen co-wrote the 1999 mystery film 'The Mod Squad,' which was the screen adaptation of the popular 'ABC' series of the same name. He also appeared in a small role in the film.
Stephen’s next directorial venture was the 2000 film action thriller 'Get Carter,' starring Sylvester Stallone. Unfortunately, Stephen’s version of the 1971 film of the same name was panned by both critics and audiences. The film fared poorly at the box office.
After the 2000 debacle, Stephen decided to move to TV. He began with TV movies and directed the 2002 release 'Wasted' and the 2004 thriller TV movie 'The Dead Will Tell.' Moving on to series, he then directed six episodes (2004 to 2008) of the 'FX' crime series 'The Shield.'
In between, Stephen directed a New Zealand–American horror movie, the 2005 release 'Boogeyman.' With this film, too, Stephen failed to impress critics who thought the plot was “generic and unoriginal.” However, the film did well at the box office. However, Stephen was not part of the two direct-to-video sequels. In an interview given around the time of 'Boogeyman’s release, Stephen spoke about his interest in “implied horror” in horror films. However, in the film, he decided to scare his audiences through the mythical monster in the closet.
After 'Boogeyman,' Stephen worked mostly in the horror and thriller genres. He directed the 2005 'CBS' biographical horror telefilm 'The Hunt for the BTK Killer,' based on the life of American serial killer Dennis Rader. Stephen then directed a few episodes of the 'TNT' medical drama 'Saved' (three episodes, 2006), the 'NBC' drama 'Friday Night Lights' (three episodes, 2006–2009), and the 'FX' crime drama 'Sons of Anarchy' (seven episodes, 2008–2010).
In 2011, Stephen released a bunch of horrors and thrillers, including the Canadian horror film 'Cell 213' and the 'Lifetime' crime-drama TV movie 'The Craigslist Killer.' He also directed the TV film 'Justice for Natalee Holloway' and the 2012 crime-drama TV film 'Blue-Eyed Butcher.'
From 2011 to 2014, Stephen worked as a co-director (15 episodes) and executive producer (38 episodes) of the 'USA Network' drama 'Covert Affairs.' After a long time, Stephen was credited as a writer in the 2014 TV biopic 'Lizzie Borden Took an Ax.' He also directed two episodes of the 'Lifetime' limited series 'The Lizzie Borden Chronicles' (2015). He then served as the executive producer for two episodes of the ‘ABC’ drama thriller 'Quantico' and directed an episode of the 'Discovery Channel' miniseries 'Harley and the Davidsons.'
Stephen’s most recent project is the 'Netflix' series 'The Punisher' (2019). He is working on 'The Flight,' a TV drama for 'Fremantle Television.' He has also worked in a TV commercial for 'AT&T.'
Family & Personal Life
In 2013, Stephen got engaged to actor Piper Perabo. They got married on July 26, 2014, in New York City. The two had fallen in love while filming 'Covert Affairs,' which starred Piper.
Stephen had earlier dated 'Desperate Housewives' actors Teri Hatcher and Eva Longoria. Stephen has also worked with both of them.
Stephen is a huge fan of the football team 'Philadelphia Eagles.'
You May Like

See the events in life of Stephen Kay in Chronological Order