Stanislav Petrov was a lieutenant colonel of the Soviet Air Defence Forces whose prudence helped avert a nuclear war between the Soviet Union and the United States. He was the on-duty officer at the command center for the Oko nuclear early-warning system in Serpukhov-15 on September 26, 1983, when the alarms of the detection system went off. However, he trusted his civilian training, as opposed to his colleagues’ pure military training of following instructions, and determined that it must be a false alarm considering the system was installed in a rushed manner as a response to similar systems in the US and the fact that there were only five missiles, while he believed if America were to launch a nuclear attack, there will be significantly more missiles. He reported system malfunction and it was later determined that the false alarm had been created by a rare alignment of sunlight on high-altitude clouds above North Dakota and the Molniya orbits of the satellites. As his positive report could have resulted in a retaliatory Russian nuclear attack on the US and causing a nuclear war, he has been credited as having "saved the world". He received numerous international awards, even though he was not felicitated by the Russian government to avoid punishing his superiors and the scientists responsible for the error. Iris Weinshall
7th September In History
DID WE MISS SOMEONE?
CLICK HERE AND TELL US
WE'LL MAKE SURE
THEY'RE HERE A.S.A.P
Quick Facts 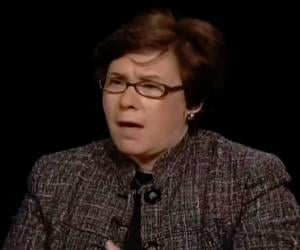 Stanislav Yevgrafovich Petrov was born on September 7, 1939 in Vladivostok, Russian SFSR, Soviet Union. His father, Yevgraf, had been a fighter pilot during World War II, while his mother was a nurse.

He attended the Kyiv Military Aviation Engineering Academy of the Soviet Air Forces and completed his graduation in 1972. He joined the Soviet Air Defence Forces following graduation and was assigned to the organization that oversaw the new early warning system intended to detect ballistic missile attacks from NATO countries.

Stanislav Petrov was posted in the Serpukhov-15 unit, the secret command center outside Moscow, as the duty officer in the early morning of September 26, 1983 when the alarms went off. The big, back-lit, red screen showed the word “launch”, indicating that a Minuteman intercontinental ballistic missile had been launched from an American base, but changed to “missile strike” as four more warnings of missiles followed.

The level of reliability of that alert was "highest" which, according to protocol, he was required to communicate to his superiors who would then consult with then-Soviet leader Yuri V. Andropov for retaliatory nuclear attack. The incident happened at a very tense period during the Cold War, just three weeks after the Soviets shot down a Korean Air Lines commercial flight killing 269 people on board, including a Georgia congressman.

Petrov almost froze in place after the alarms went off as he decided what to do next with a phone in one hand and an intercom in another, but eventually flagged it a false alarm. He was not very confident about the hastily-installed launch detection system which passed through 30 layers of verification very quickly and because he believed an all-out nuclear war will involve more than just five missiles.

He further stated that Soviet ground-based radar installations did not detect an attack either, even considering the fact that they would take much longer to detect the missiles. He mentioned in a 2013 interview that he was never certain and acted based on his instincts, but was relieved when no missile landed about twenty-three minutes later.

While Petrov was initially praised for his calm analysis, he was also reprimanded for improper filing of paperwork because he had failed to register the incident in the war diary. He retired from the military in 1984 and got a job as a senior engineer at the research institute that had created the early-warning system, but retired shortly after to take care of his wife.

Stanislav Petrov, lived in obscurity and even farmed potatoes at one point to sustain himself, as the incident was not publicly known until the release of his superior General Yury Votintsev’s memoir in 1998. When the rest of the world learned about his contributions to avert a possible nuclear war, he suddenly gained recognition and was hailed as “The Man Who Saved the World”.

In May 2004, the San Francisco-based Association of World Citizens gave him its World Citizen Award along with a trophy and $1,000 for his part in averting a catastrophe. In January 2006, he travelled to the US to attend a meeting at the United Nations in New York City where he was honored with another special World Citizen Award.

The following day, he was interviewed by American journalist Walter Cronkite at his CBS office and it was filmed for the Danish documentary The Man Who Saved the World. The documentary premiered at the Woodstock Film Festival in October 2014 and earned “Honorable Mention: Audience Award Winner for Best Narrative Feature" and "Honorable Mention: James Lyons Award for Best Editing of a Narrative Feature”.

Following his death, he was posthumously honored in New York with the $50,000 Future of Life Award on September 26, 2018. The award was collected by his daughter Yelena as his son Dmitri missed his flight to New York because the US embassy delayed his visa.

Stanislav Petrov was married to Raisa, who did not know about the incident for 10 years and was diagnosed with cancer in later life, prompting him to retire, but she passed away in 1997. While he initially claimed that his reassignment to a less sensitive post and early retirement were not forced, he later suffered a mental breakdown and was quoted saying "I was made a scapegoat”.

In May 2007, while visiting the United States during the filming of the documentary, he was given a tour of the Minuteman Missile National Historic Site. Petrov, who previously served in the USSR military, commented that he “would never have imagined being able to visit one of the enemy’s securest sites”.

As he travelled to the US after gaining recognition, he came in contact with American celebrities like the actors Kevin Costner and Robert De Niro, but usually avoided the spotlight. He did not consider himself a hero and mentioned “I was just at the right place at the right time”.

He died from hypostatic pneumonia on May 19, 2017, at the age of 77, but it was not reported until September that year when German political activist Karl Schumacher, a family friend, contacted his son. He was survived by a son named Dmitri, a daughter named Yelena, and two grandchildren.

Despite the international media hailing Stanislav Petrov as “The Man Who Saved the World”, nuclear security scholars argued that his report would not have directly caused an immediate nuclear launch as multiple checks were involved. Nevertheless, experts like Bruce G. Blair have mentioned that US-Soviet relationship had deteriorated to a point where the Soviet Union “was on hair-trigger alert”, “very nervous and prone to mistakes and accidents”.

See the events in life of Stanislav Petrov in Chronological Order