(American Lawman and Gambler Best Known for His Involvement in the Gunfight at the O.K. Corral)

Advanced Search
Considered a hero of the American West, Wyatt Earp was a man who donned many hats. He was a policeman and a gunfighter who achieved iconic status for his role in the Gunfight at O.K. Corral, one of the most famous gunfights in the history of the American West. The actual gunfight lasted only for about 30 seconds, but it became Wyatt Earp’s claim to fame. Even though he is believed to have played the most important role in the fight, the other participants lawmen Virgil and Morgan Earp (his brothers) also played a significant role. As a youngster, Wyatt Earp had led a very colourful life—he had been arrested for acting as a pimp and was known to be a notorious gambler. Still, his unsavoury past did not deter the ambitious man from pursuing a career as a lawman. He landed the post of a deputy city marshal in Wichita and established a respectable image within a year. His brothers Virgil and Morgan were also working as lawmen, and their positions often brought the Earp brothers in conflict with various unlawful elements. One particular group of cowboys had threatened to kill the brothers, and this conflict continued for years before ultimately leading to the famous O.K. Corral Gunfight in which three outlaw Cowboys were killed. Betsy DeVos
19th March In History
DID WE MISS SOMEONE?
CLICK HERE AND TELL US
WE'LL MAKE SURE
THEY'RE HERE A.S.A.P
Quick Facts

Cause of Death: Chronic Cystitis 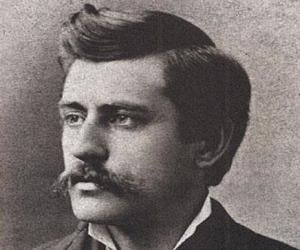 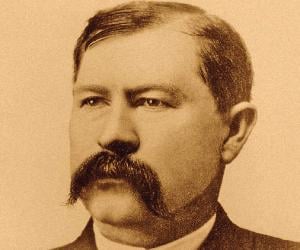 American Celebrities
American Men
Pisces Men
Childhood & Early Life
Wyatt Earp was one of the many children born to Nicholas Porter Earp and Virginia Ann Cooksey. The family was settled at a farm near Iowa.
His elder brothers joined the Union Army when the American Civil War began, while Wyatt, 13 years old, and his younger brothers took care of the farm.
He ran away from home and tried to join the army but his father found him and brought him back.
The Earps moved around constantly, and the family shifted to California when he was 16. 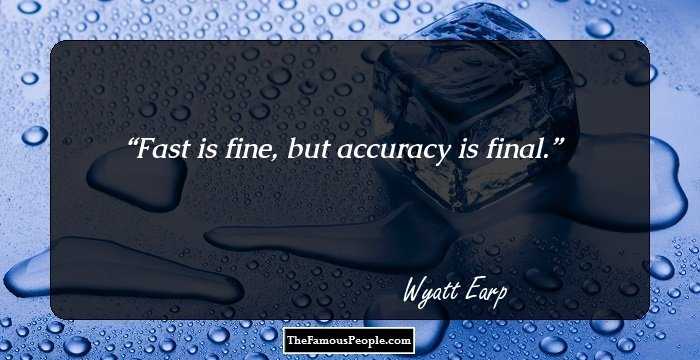 Continue Reading Below
Career
He found work as a truck driver in 1866. For two years, he covered the trail from Wilmington, Las Vegas, Nevada, to Salt Lake City.
He was hired to transport supplies for the construction of the Union Pacific Railroad in 1868. During his stint at this job he began to gamble.
Wyatt became a constable in Missouri in November 1869 by replacing his father.
Following a personal tragedy in 1870, he became entangled in a series of legal problems. For years, he hunted buffaloes and worked as a bouncer or pimp in order to make ends meet.
In 1875, he decided to join the Wichita marshal’s office. After a short stint, he was dismissed in 1876 for misusing his office to secure employment for his brothers.
He was appointed as an assistant city marshal in Dodge City in 1878 and as deputy sheriff for the eastern part of Pima County in 1880. He was much appreciated for his performance on the job. He also served as the county assessor and tax collector.
By 1881, tension and confrontation between the Earp brothers and a group of outlaw cowboys, consisting of Tom and Frank McLaury started building up. The McLaury brothers and their friends Ike Clanton and Billy Clanton threatened to kill the Earps.
On 26 October 1881, the Earp brothers along with a friend Doc Holiday decided to confront the Cowboys at a spot near the O.K. Corral. The McLaury brothers and Billy Clanton were killed in the ensuing gunfight while Morgan, Virgil and Holiday were wounded.
One of the surviving Cowboys, Ike Clanton filed murder charges against the Earps. Even though the court declared them not guilty after a lengthy trial, their reputation was badly hurt.
Continue Reading Below
The Cowboys badly injured Virgil on Dec 28, 1881 and killed Morgan on March 18, 1882 in an act of revenge. Wyatt Earp and his group swore to avenge the death of Morgan and set off on a mission to wipe out the cowboys. Notorious Cowboys Frank Stilwell and Curly Bill were among those killed by the Earps.
He shifted to San Francisco in 1882 and operated saloons and gambling dens over the next few years. He also invested in mines in Colorado and Idaho.
After traveling for a few years, Earp returned back to San Francisco during the 1890s. He operated a horse stable and gained the reputation of a sportsman and gambler.
He found his last appointment with the police in 1910 when he was hired by the Los Angeles Police Department to perform various tasks “outside the law”, such as arresting criminals hiding in other cities.
During his later years he moved to Hollywood where he acted as an unpaid consultant for silent Cowboy movies. 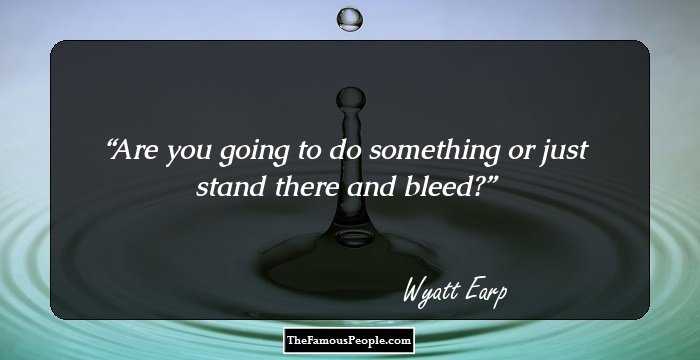 Quotes: You
Personal Life & Legacy
He married Urilla Sutherland in 1870. His wife contracted an illness during pregnancy and died within months of their marriage.
He developed a relationship with prostitute Mattie Blaylock and that lasted many years. She was listed as his common-law wife. He abandoned her some time after the assassination of his brother Morgan.
He became involved with Josephine Marcus in 1882. She became his common-law wife and the couple lived together for 46 years.
He was the longest living among the Earp brothers and died in 1929 at the age of 80.
A highly fictionalized account of his life, titled ‘Wyatt Earp: Frontier Marshal’ was published in 1931 by Stuart Lake.
Trivia
Despite participating in several gunfights, he was lucky to escape any major injuries.
His life story has formed the base for many television shows and movies.
He was a big gambler and had an interest in horse racing and boxing. 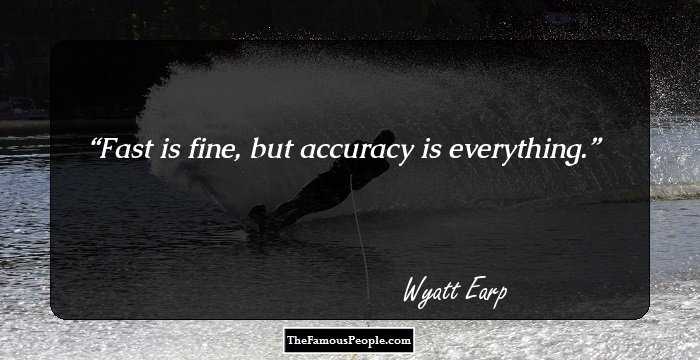 See the events in life of Wyatt Earp in Chronological Order