Zsa Zsa Gabor is a Hungarian born American actress and socialite. She was born in Budapest, Hungary in a rich family, with a staff of servants to cater to her needs. She was privileged enough to go on exquisite vacations and attend the most expensive boarding schools. She immigrated to the U.S in the 1940s, after the Nazi's invaded Budapest and pursued a career in the world of movies. She began her acting career with a supporting role in the musical 'Lovely to Look At'. She was also seen in the Academy Award winning film, 'Moulin Rouge'. Big screen apart, she appeared in television shows and Broadway. She soon became a glamor icon in social circles and was much recognised as a wily seductress who wooed some of the most prominent men in society. She was in the limelight less for her acting skills abilities and more for her innumerable affairs and marriages. This former beauty queen became tabloid fodder as all aspects of her life were covered in the tabloids. 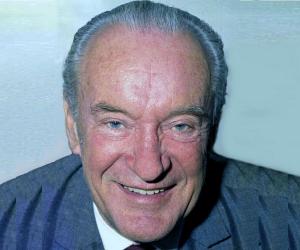 American Celebrities
Actresses
Socialites
American Women
Female Socialites
Childhood & Early Life
Zsa Zsa Gabor was born as Gábor Sári on February 6, 1917, in Budapest to Vilmos Gábor, a soldier and Jolie Gábor, heiress of a Europen jewellery business. She was named after the popular Hungarian actress, Sári Fedák.
She is the middle of three sisters; the other two are Eva and Magda. The three sisters lived a very luxurious life. They had a staff of servants to attend to them and were privileged to attend expensive boarding schools and go on exquisite vacations. She went to the Swiss boarding school, Madame Subilia's.
In 1936, she was spotted by Richard Tauber, a toner, while she was on a vacation in Venice. The latter invited her to sing the soubrette role in his new operetta, Der singende Traum (The Singing Dream), at the Theater an der Wien, which went on to mark her first stage appearance. In the same year, she was also crowned Miss Hungary. 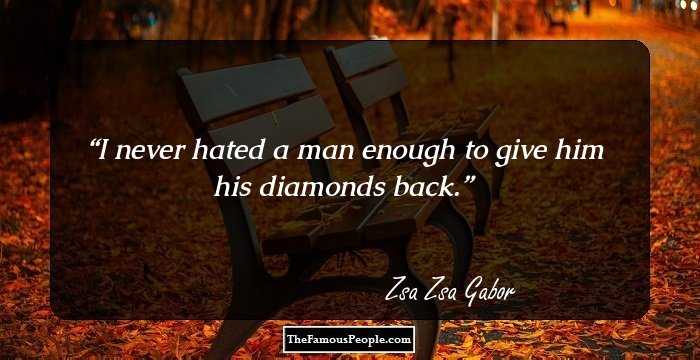 Quotes: Never, I
Continue Reading Below
Career
After her divorce with her first husband, Burhan Asaf, she and her mother decided to go to the U.S., where her sister Eva was living with her husband. She immigrated to U.S in 1941.
In July 1952, she was seen in musical film, 'Lovely to Look At', an adaptation of the Broadway musical 'Roberta'. This was her first role in the movie.
In December 1952, she played one of the few leading roles in her career in the Academy Award winning film, ‘Moulin Rouge’, which was directed by John Huston. That year, she was also seen in the film, ‘We're Not Married!'.
In 1953, she played a minor role in the Academy Award nominated film, 'The Story of Three Loves'. Same year, she was seen in the film, ‘Lili’ and also appeared as a musical judge on the TV series, 'Jukebox Jury'.
In 1954, she played 'Marilena' in the Spanish-French drama film, 'Love in a Hot Climate'. She was also a part of the film, '3 Ring Circus’, which was directed by Joseph Pevney.
In 1955, she was seen on the American variety TV show, ‘The Red Skelton Show’ and played the character of Mme. Florizel, Princess Stephanie in the American anthology series, 'Climax!'
In 1956, she was seen in the TV shows, 'The Milton Berle Show', 'Sneak Preview', ‘The Ford Television Theatre' and 'The Ford Show, Starring Tennessee Ernie Ford'. ‘Death of a Scoundrel' marked her big screen release for the year.
In 1957, she played Gigi in the TV series, 'The Life of Riley' and played Erika Segnitz, Marta Lorenz in the show, 'Playhouse 90'. In the same year, she starred in the American thriller film, 'The Girl in the Kremlin'.
In 1958, she did a couple of movies such as, ‘The Man Who Wouldn't Talk', 'Country Music Holiday', 'Touch of Evil' and 'Queen of Outer Space'. That year, she appeared on the TV variety series, ‘Shower of Stars'.
Continue Reading Below
In 1959, she played ‘Helen’ in the TV show, ‘Lux Playhouse’ and was also seen in the 'Queen of Outer Space' show. In the same year, she played a supporting role in the film, ‘For the First Time'.
In the 1960s, she was seen in the TV shows, 'Ninotchka', 'Make Room for Daddy', 'Mr. Ed', 'The Dick Powell Show', 'Burke's Law', 'Bob Hope Presents the Chrysler Theatre', 'The Rounders', 'F Troop', 'Bonanza', 'Rowan and Martin's Laugh In', ‘The Name of the Game', 'My Three Sons', 'Batman' and 'Bracken's World'. She also did a series of minor roles in films.
In 1971, she narrated the television movie titled, ‘Mooch Goes to Hollywood', which was directed by Richard Erdman. That year, she also starred in the TV series, ‘Night Gallery ’.
In 1972, she played a German spy named, ‘Mata Hari' in the British comedy film, 'Up the Front’. The other films in which she was cast in the 1970s include: 'Won Ton Ton, the Dog Who Saved Hollywood' and 'Every Girl Should Have One'.
In 1981, she was seen in the American sitcom, ‘The Facts of Life' and the show, 'As the World Turns'.
She was subsequently seen on the TV shows, 'Matt Houston', 'California Girls', 'Pee-wee's Playhouse Christmas Special', 'It's Garry Shandling's Show' and 'The Munsters Today'.
In 1987, she made a cameo appearance in the American slasher fantasy film, ‘A Nightmare on Elm Street 3: Dream Warriors'. She subsequently made a cameo appearance in the film, 'The Naked Gun 2½: The Smell of Fear'.
In the 1990s, she played a voice role in the animated film, ‘Happily Ever After'. Furthermore, she made guest appearances in the films, ‘The Beverly Hillbillies' and 'A Very Brady Sequel'.
In 1994, she played herself on a sketch on the American CBS talk show, 'Late Show with David Letterman'.
Continue Reading Below 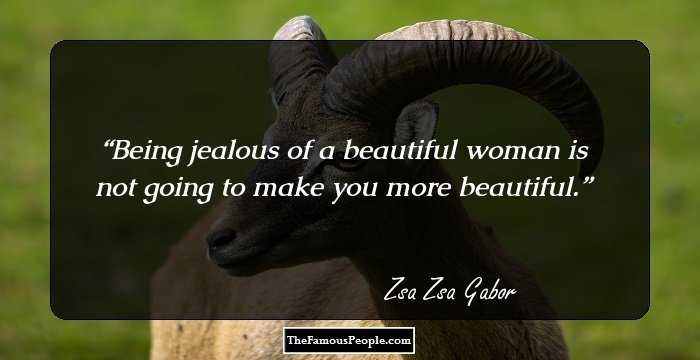 Quotes: You, Beautiful
Personal Life & Legacy
She has been married nine times, out of which 7 of them ended in divorces, while one was annulled. Her respective spouses include, Burhan Asaf Belge, Conrad Hilton, George Sanders, Herbert Hutner, Joshua S. Cosden, Jack Ryan, Michael O'Hara and Felipe de Alba.
On March 10, 1947, she gave birth to Constance Francesca Hilton, born out of her marriage to Conrad Hilton.
In 1960, she published her autobiography titled, ‘Zsa Zsa Gabor, My Story', which was co-authored with Gerold Frank.
On August 14, 1986, she married Frédéric Prinz von Anhalt, adopted son of Princess Marie-Auguste of Anhalt.
She admitted to having an affair with her step-son, Nicky, while she was married to Conrad Hilton.
In 1991, she authored the book, 'One Lifetime Is Not Enough'.
After an automobile crash in Los Angeles in 2002, she became partially paralyzed and had to use a wheelchair for mobility.
In 2005 she suffered from a stroke. In the next two years, she again suffered from strokes and underwent surgery for the same.
In 2010, she underwent hip replacement surgery, after she fractured her hip. The following year, her right leg above the knee was amputated to save her from infection. Later that year, she was hospitalised for other health emergencies.
Trivia
This Hungarian born American actress and socialite once slapped a cop in Beverly Hills, after he questioned her for violating traffic rules.
This American socialite, actress and television personality and former beauty queen from Hungary was such a spendthrift that her husband put her on a strict $250-a-month allowance. 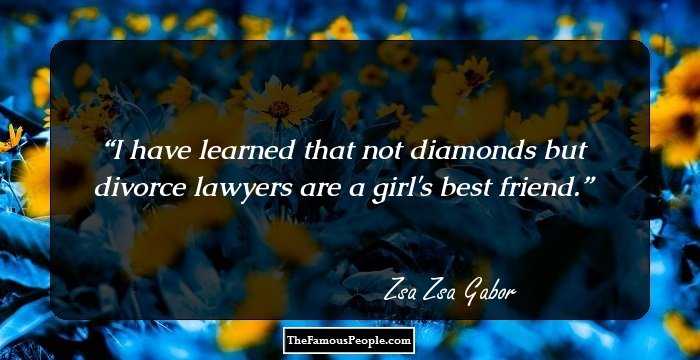