Spartacus was a gladiator who was originally from Thrace. He is remembered for his rebellion against the oligarchical Roman reign during 73-72 BC. He was the one who, along with Crixus, Gannicus, Castus, and Oenomaus, escaped the gladiator school and led one of the most famous uprisings in Roman history. He was an inspiration to many slaves who joined his forces because he also was an escaped slave turned rebellious gladiator. He was the leader and general in the Third Servile War. Apart from his excellence as a warrior, not much is known about his personal life. However, most sources concur upon the fact that he was a former slave and a skilled military general and leader. Some historians regard the rebellion as a freedom struggle against slavery and oppression. The uprising has been an inspiration for many people around the world for several centuries. It has been inculcated in literature, television, art, and film. Many political thinkers also draw inspiration from Spartacus. Classical historians often differ in opinions about his goal because none of the historical accounts suggest he strived to abolish slavery or reform Roman society. Themistocles
DID WE MISS SOMEONE?
CLICK HERE AND TELL US
WE'LL MAKE SURE
THEY'RE HERE A.S.A.P
Quick Facts

Greek People
Male Leaders
Greek Leaders
Greek Military Leaders
Early Life
Very little of Spartacus’ life has been documented before he was sold into slavery and trained as a gladiator in Capua, a city situated in the north of Naples.
It is assumed that he was born in around 109 BC in Thrace, the present-day Balkans, but not much is known about his childhood.
The Greek essayist Plutarch has documented him as being of Thracian origin. According to him, Spartacus was born into a Thracian nomadic tribe called the ‘Maedi’ tribe; Greek historian Appian of Alexandria seconds this claim.
It is widely believed that Spartacus may have served in the Roman Army and was later captured by his comrades for an act of treason. After being captured, he was sold into slavery. After considering his strength, his captors sent him to become a gladiator.
The Roman poet Florus describes Spartacus as one "who, from a Thracian mercenary, had become a Roman soldier, that had deserted and became enslaved, and afterward, from consideration of his strength, a gladiator."
Continue Reading Below
You May Like

The Hottest Male Celebrities With The Best Abs
Enslavement & Escape
Spartacus was initially trained at the gladiatorial school known as Ludus near Capua. He competed as a heavyweight gladiator and was inducted into a sect known as the Murmillo Gladiators.
The weapons and equipment he used consisted of a Roman sword, a rectangular wooden shield, a large helmet, shin guards, leather belt, and a segmented or scaled arm guard made of leather.
In 73 BC, he along with 70 other gladiators plotted and successfully executed an escape plan by just using kitchen utensils to free themselves from the gladiator school.
They also managed to commandeer many wagons filled with gladiatorial appendages like armors and weapons while escaping.
The escapees won over the soldiers sent after them and raided the adjoining areas of Capua. They then took refuge on Mount Vesuvius, where other run-away slaves joined them.
The gladiators then began to train the new refugees in basic combat skills, creating the slave army which would eventually shake Italy. It is believed that Spartacus led the slave army along with two Gallic slaves Crixus and Oenomaus, as joint leaders of the army.
War of Spartacus
The Third Servile War or the War of Spartacus began when Spartacus escaped with 70 other men from the gladiatorial school in Capua. The Romans assumed this to be a policing matter and not a war, and hence did not see the ever-growing slave army as a threat.
A militia was sent under the leadership of praetor Gaius Claudius Glaber to curb the slave army. Gaius, who laid siege to Mount Vesuvius, hoped that Spartacus and his army would surrender on account of starvation. However, they were ambushed by Spartacus and his army when they climbed down ropes made of vines and attacked the Romans and killed most of them.
The rebels also won a second attack, killed the lieutenants, almost captured the praetor, and took their military equipment. Owing to their success, people joined their force, and their number increased to nearly 70,000.
Continue Reading Below
Amidst the constant squabbles within the slave army, Spartacus proved to be able to handle murky situations with subtlety and tact that he gained from his previous military experience.
During the winter of 73-72 BC, the rebels spent most of their time training and adding recruits and increasing their territories to towns like Nola, Nuceria, Metapontum and Thurii.
The rebel group was operated in two subgroups by Spartacus and Crixus. Crixus took 30,000 of his men and plundered the countryside before being killed. The rebels roamed through Italy, pillaging towns and properties without suffering any major consequences.
The rebels left their winter cantonments and started moving towards the north. The Roman Senate panicked because of the failure of the praetorian army. Thus, they formed two consular troops under the command of Gnaeus Cornelius Lentulus Clodianus and Lucius Gellius Publicola.
The success of these two legions lasted for a short while. The legions won against Crixus and his 30,000 men in a battle near Mount Garganus but were soon defeated by Spartacus and his men.
The Romans were agitated by the imminent danger posed by the rebels and made Marcus Licinius Crassus in charge of vanquishing the rebels. He was charged with managing eight legions, which amounted to 40,000 soldiers.
The Roman soldiers were disciplined with jarring corporal punishments, including unit decimation.
In early 71 BC, Spartacus moved towards the north and Crassus stationed six legions to encounter him. Crassus also sent his general Mummius with two other legions separately.
Even though they were not commanded to attack, Mummius did at a seemingly advantageous moment but was dispelled. The Roman legions gained victories in several other altercations, causing Spartacus to retreat farther south. He then settled in Rhegium near the Strait of Messina.
Plutarch has mentioned that Spartacus had made an arrangement with the Cilician pirates to take him and his 2,000 men to Sicily, where he planned on stirring up a revolt and reinforce his troop. The pirates, however, betrayed him and abandoned them. His forces had no choice but to retreat to Rhegium.
He was followed by Crassus’ legions, and they built ramparts around Rhegium so that the rebels were cut off from their supplies.
The Roman Senate ordered the legions of Pompey to head south and help Crassus in capturing the rebels. However, Crassus assumed that Pompey would steal all the credit and limelight for their collective achievements. That is when Spartacus tried to come to terms with Crassus and reach an agreement.
Seeing the rebels weakening, Crassus denied the proposed agreement. Some segments of Spartacus’ army escaped towards the mountains west of Petelia while Crassus’ legions ensued.
The legions eventually caught up with the rebels. The fighting strategy was changed, and small fragments of the army attacked the advancing legions.
Spartacus turned his troops for one final stand against the legions with all his might. The rebels were crushed, and most of them were killed in battle.
This final battle culminated in the defeat of Spartacus. This occurred in the modern-day Senerchia in Italy. Since 1899, numerous pieces of equipment have been found here from the Roman era.
Plutarch, Appian, and Florus are all of the opinion that Spartacus died during the battle. Appian suggests that his body was never recovered. Almost six thousand captive survivors of the rebel army were crucified on the Appian Way, from Rome to Capua.
You May Like

See the events in life of Spartacus in Chronological Order 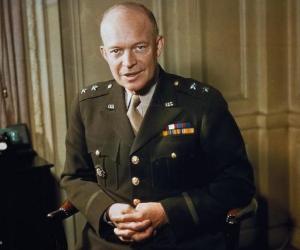