Soumaya Domit Gemayel was a Lebanese-origin Mexican socialite and philanthropist who was married to Mexican business magnate, Carlos Slim Helú, from 1966 till her death in 1999. Her husband holds shares in numerous Mexican companies and is the CEO of Telmex, América Móvil, and Grupo Carso. He was named the richest person in the world from 2010 to 2013 by the 'Forbes' business magazine. During her lifetime, Soumaya supported her husband in his business ventures and was actively involved in his various philanthropic initiatives. Among others, she was responsible for the creation of a legal framework for organ donation. Museo Soumaya, the private museum opened at Plaza Carso and Plaza Loreto in Mexico City by her husband in 2011, was built in her memory. Emma Coronel Ai...
DID WE MISS SOMEONE?
CLICK HERE AND TELL US
WE'LL MAKE SURE
THEY'RE HERE A.S.A.P
Quick Facts

Emma Coronel Ai...
Rise to Stardom
Soumaya Domit Gemayel is a descendant of Lebanon’s Gemayel Family, a Lebanese warlord clan that became infamous during Lebanon’s civil war that began in 1975. However, this detail about her family ties was only unearthed by the media recently, long after her death. She originally earned recognition in the second half of the 20th century as the wife of business mogul Carlos Slim Helú. Her name was later immortalized by her husband via the private museum, Museo Soumaya, built in 2011.
You May Like

The Hottest Male Celebrities With The Best Abs
Continue Reading Below
Family & Personal Life
Soumaya Domit Gemayel was born in 1948 in Mexico City, Mexico, to Antonio Domit Dib and Lily Gemayel Domit. She grew up with four siblings. She was a Maronite Christian of Lebanese descent, as is her husband Carlos Slim Helú. Her mother died in 1998, one year before her own death.
Soumaya Domit Gemayel met her future husband, Carlos Slim Helú, for the first time in 1964, when he was 24 years old and she was only a teenager. Both their mothers were of Lebanese-Mexican ancestry and were friends as well. She grew up in a house only a few streets from his childhood home. The two were eventually married in 1966. That year, they went to visit different locations all over the world for a 40-day trip for their honeymoon. Their trip included visits to England, Greece, New York, Naples, Spain, and France. She gave birth to their first child together, son Carlos Slim Domit, in 1967. Since then, they have welcomed two more sons, Patrick and Marco Antonio, and daughters, Soumaya, Vanessa and Johanna.
The couple lived together happily till 1999, when she died from kidney problems at the age of 51. A picture from their wedding, in which he can be seen sporting a bow tie and she in her long sweeping wedding dress, has found a permanent place in their family home. Her loving husband, who has publicly expressed his decision not to remarry, keeps a faded photo of her on his desk all the time despite its old round frame being cracked.
Legacy
In 2011, Soumaya Domit Gemayel's husband, Carlos Slim Helú, opened the Museo Soumaya in Mexico City, which is a private museum named after her that operates as a non-profit cultural institution, offering free admission to his impressive art collection. In an interview to 'The Telegraph' that year, he mentioned that it was she who had taught him about sculpture and paintings. Revealing further, he recounted that two years prior to their marriage, he had a solo trip to Europe during which he had visited several galleries including the British Museum, the National Gallery, and the National History Museum, the last of which particularly interested him.
After their marriage in 1966, he took her to Europe to revisit some of the galleries so that she could appreciate the art collections. Upon returning to Mexico, they went to buy furniture for their new house from an auction, where he purchased a painting for the first time. It was an anonymous 16th-century Flemish painting depicting lions and Christians battling the Moors. The painting, which hung on their kitchen wall all the time, later provided the inspiration for Museo Soumaya. The museum holds the world's second-largest collection of Rodin sculptures and the largest Salvador Dalí collection in Latin America, and contains over 66,000 pieces of art, including religious relics, works by Leonardo da Vinci, Pablo Picasso, Pierre-Auguste Renoir, as well as the world’s largest collection of pre-Hispanic and colonial coins.
The structure of the museum was designed by her son-in-law, Fernando Romero, who is married to her daughter Soumaya. The opening event of the museum was attended by celebrities from around the world, including Larry King, Colombian author Gabriel García Márquez, fashion designer Oscar de la Renta, Queen Noor of Jordan, former Spanish president Felipe González. Her husband has also dedicated several of his philanthropist initiatives in the memory of his beloved wife. After her death, he channeled his philanthropic endeavors in funding a genomic medicine research project.
You May Like 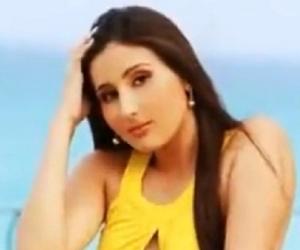 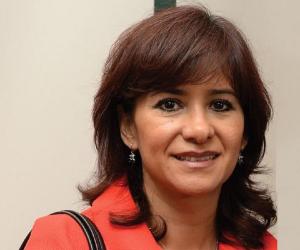