Erdenetuya Batsukh, better known as Elle, is a Mongolian-American dancer, specialized in ballroom dancing. At the peak of her career, Batsukh was considered the top female dancer in Mongolia. Not surprisingly, she has won many dancing contests throughout her career. She started hogging the limelight when she got married to American actor, screenwriter, and martial artist Steven Frederic Seagal. Batsukh met Seagal in 2001, after which she made her television debut in 2002, when she was seen in a biographical TV series documentary titled ‘E! True Hollywood Story.’ In 2019, she played Tuya Alexander in the American action film ‘General Commander.’ Starring Steven Seagal in the lead, ‘General Commander’ released on May 28, 2019, on Blu-ray and DVD. Charlotte Johns...
DID WE MISS SOMEONE?
CLICK HERE AND TELL US
WE'LL MAKE SURE
THEY'RE HERE A.S.A.P
Quick Facts
Family:

American People
Mongolian People
Mongolian Women
Early Life & Career
Erdenetuya Batsukh was born in Mongolia. She developed a passion for dance at a young age and started her training at the ‘Children's Palace’ in Ulaanbaatar, Mongolia. After graduating from ‘Children's Palace’ and high school, Batsukh decided to pursue a career as a professional dancer. She went on to excel in ballroom dance and became one of the top female dancers in Mongolia. She also won many dancing contests in and around Mongolia. Apart from being a dancer, Erdenetuya Batsukh has also worked as a language interpreter. She also worked as Steven Seagal’s assistant for five years. She made her acting debut in 2019, when she was cast to play Tuya Alexander in ‘General Commander.’
You May Like

The Most Popular US Veterans
Continue Reading Below
Relationship with Steven Seagal
Erdenetuya Batsukh met Seagal in 2001, when the latter visited Mongolia to raise money to finance a film about the founder of the ‘Mongol Empire,’ Genghis Khan. She worked as Seagal’s language interpreter throughout his stay in Mongolia. She then worked as his assistant for five years, during which they fell in love with each other. Batsukh married Seagal in 2009, and their son, Kunzang Seagal, was born on September 17, 2009. Upon her marriage with Steven Seagal, Batsukh became the stepmother to Seagal’s children from his previous marriages. Prior to his wedding with Batsukh, Seagal was married to Miyako Fujitani, Adrienne La Russa, and Kelly Le Brock.
Family & Personal Life
Erdenetuya Batsukh holds Mongolian as well as American citizenship. She currently lives in the United States of America, along with her husband and son. Though she is not active on social media platforms, she is often featured in Seagal’s popular Instagram page which has over 180,000 followers. She often writes on Seagal’s official Facebook page. In one such post on Facebook, she called Seagal the ‘sunshine’ of her life. She also makes public appearances alongside her famous husband whose Mongolian name is Chungdrag Dorje. 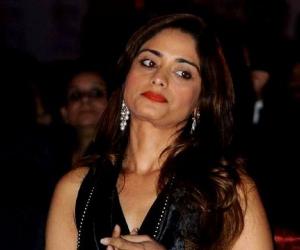 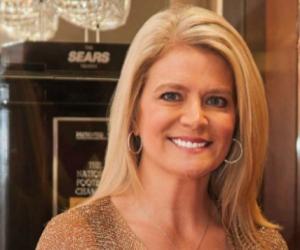