Advanced Search
Sophia of Hanover, also known as Sophia of Palatinate, was the ‘Electress of Hanover’ (1692-98) and heir to the British throne under the ‘Act of Settlement 1701.’ In 1689, the ‘House of Commons’ refused to place Sophia in the line of succession. The matter went on for 11 long years until King William III, who was childless, fell ill. Sophia was the nearest ‘Protestant’ heir to the throne and after the ‘Act of Settlement 1701,’ she was officially set to sit on the throne. She looked over the affairs of England at the time of Queen Anne. However, a letter from an angry Queen Anne affected Sophia so much that it led to her death in 1714. Two months later, Anne also died, leaving Sophia’s son, George Louis, as the King of Great Britain. Sophia was known to be a well-educated intellectual, well-versed with arts, history, and other subjects. She was indeed the Queen Britain deserved. Caroline, Princ...
DID WE MISS SOMEONE?
CLICK HERE AND TELL US
WE'LL MAKE SURE
THEY'RE HERE A.S.A.P
Quick Facts

Also Known As: Princess Sophia of the Palatinate

German People
German Royal Family Members
Libra Women
Childhood
Sophia of Hanover was born Sophia of the Palatinate, on 14 October, 1630, in the Wassaener Hof, The Hague. Her parents, Frederick of Palatinate and Elizabeth Stuart, daughter of James I of England, were exiled to her birth place for 30 years after the ‘Battle of White Mountain.’ She was the 12th child of the couple. At the time of her birth, Sophia was granted annuity of 40 thalers by the ‘Estates of Friesland.’
She was christened on January 30, 1631, in the Kloosterkerk, The Hague, which was the same place where her sister, Princess Charlotte, was buried three days before. She was then taken to Leiden to be raised well.Her typical day at Leiden started early in the morning, followed by reading Bible and chanting prayers. She completed her education at the age of 10 and returned to The Hague to be with her family.
Continue Reading Below
Early Life
When she returned back to her family, her brother, Charles Louis, invited her to visit Heidelberg. Her brother was restored to the ‘Rhine Palatinate’ as part of the ‘Peace of Westphalia.’ She went there with two ladies, but they couldn’t stay in the Castle as it was damaged due to the war.
They were taken to a lodge in the town where she caught chicken pox. An English visitor described Sophia as a woman of incomparable knowledge in divinity, philosophy, history, and the subjects of all sorts of books.
She also sponsored philosophers, such as John Toland and Gottfried Leibniz. During this time, she became friends with Gottfried Leibniz , a librarian at the ‘Court of Hanover.’Along with him, she published a correspondence in the 19th century proving that she was exceptionally intelligent and ahead of her time. She put across her inputs in improving the ‘Summer Palace of Herrenhausen’ and enhancing the beauty of gardens surrounding it.
Career
The turning point of her career, as a Princess happened when she was not considered as heir to the throne by the ‘House of Commons’ under the ‘Bill of Rights,’ in 1689. She was named ‘Sophia of Hanover’ in 1692.
In 1700, she met her cousin King William III of England, two months after the death of his nephew Prince William, son of Queen Anne. Since William didn’t want to remarry, Sophia became the strongest contender as the next heir to the British throne.
The argument that she was Protestant, born and raised in Netherlands and could also speak in the native language of William, only supported her claim. The ‘Bill of Rights’ was revised after 11 years
The ‘Act of Settlement’ was passed in 1701. It was declared under the act that the crown of England and Scotland was to be conferred on the ‘most excellent Princess Sophia, electress and duchess-dowager of Hanover" and ‘the heirs of her body, being Protestants.’.
At the time of passing of the law, Sophia was already 70. However, she enjoyed a great health at such an age.
Thus, she spent her time focusing on managing the affairs of England with utmost focus and passion. William III had died during the time Sophia took over the throne and thus, she worked under Queen Anne.
There were many plans put forward to bring Sophia to London, but Queen Anne refused the proposals. She gave the reason that she was against the idea of two courts in her country, when many consider that she was jealous of the more refined and elegant Sophia.
Even though Sophia wanted to be the Queen of Great Britain, her wish couldn’t come to fruition and she died before wearing the crown.
Family, Personal Life & Legacy
In 1652, Sophia met her future husband, Duke Ernst August of Brunswick-Luneburg. Sophia was determined to marry him after meeting him for the first time and the couple got married on October 17, 1658. Sophia was 28 at the time of marriage. She went to live with her husband in Hanover and soon became pregnant with their first child, George Louis, (later King George I of Great Britain). Sophia had seven children who reached adulthood, including King George. Her other children were Frederick Augustus, Maximilian William, Sophia Charlotte, Charles Philip, Christian Henry, and Ernest Augustus.
She became a widow in 1698. An angry letter from Queen Anne, on June 5, 1714, is said to have affected Sophia’s health.
Two days later, on June 7, 1714, she died of stroke at the age of 83. She was walking in the gardens of ‘Herrenhausen’ when it suddenly started pouring and she ran for shelter, collapsed, and died.
Just over a month after Sophia’s death, Queen Anne, too, died at the age of 49. Had Anne died before Sophia, Sophia would have been the oldest person ever to ascend the throne of the Great Britain. She died without becoming the Queen of England. Sophia’s eldest son, King George I, became King of Great Britain..
Sophia was buried in the chapel of the ‘Leine Palace’ with her husband and later, their son King George I. 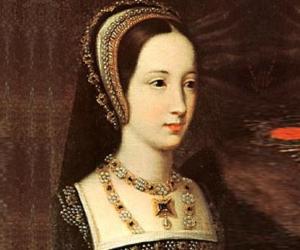