Sinéad Cusack is an Irish actress, best known for playing Mai O'Hara in Sebastian Barry’s play ‘Our Lady of Sligo’ for which she won the ‘Critics' Circle Award’ for ‘Best Actress.’ She has won many other awards including the prestigious ‘Clarence Derwent Award’ and ‘Irish Times Theatre Awards.’ Cusack worked at the famous ‘Royal Shakespeare Company’ in London during the initial days of her career. She went on to become a prominent stage actress and also became well-known for her performances in films and TV series. In 1990, she shared the stage with her father Cyril Cusack and her sisters Niamh and Sorcha for a play titled ‘The Three Sisters.’ The play was initially staged at the ‘Gate Theatre’ in Dublin and later at the ‘Royal Court Theatre’ in London. Kerry Condon
DID WE MISS SOMEONE?
CLICK HERE AND TELL US
WE'LL MAKE SURE
THEY'RE HERE A.S.A.P
Quick Facts

Irish People
Irish Actresses
Aquarius Actresses
Actresses Who Are In Their 70s
Women Film & Theater Personalities
Childhood & Early Life
Sinéad Cusack was born Jane Moira Cusack on February 18, 1948, in Dalkey, Dublin, Ireland, to Maureen and Cyril James Cusack. After graduating from high school, she went to the ‘University College Dublin’ from where she graduated with a ‘Bachelor of Arts’ degree in 1968.
Before becoming famous as an actress, Cusack hogged the limelight for her relationship with famous football player George Best. When George Best failed to show up for one of his games against ‘Chelsea’ in London, Cusack's apartment was mobbed by the paparazzi. It was later revealed that George Best was spending time with her in her flat.
Continue Reading Below
Career
She started her acting career in the late-1960s at the ‘Abbey Theatre’ in Dublin. In 1969, she played Emily in the British American television film ‘David Copperfield’ and then played Edith in an epic film titled ‘Alfred the Great.’
After appearing in a couple of British films in 1970, Cusack started focusing on performing in stage plays. In 1975, she joined the ‘Royal Shakespeare Company’ and started acting in plays like ‘Wild Oats’ and ‘Measure for Measure.’ Simultaneously, she also appeared in films and TV series, such as ‘The Last Remake of Beau Geste’ and ‘Notorious Woman.’
In 1981, she performed in a play titled ‘The Merchant of Venice’ at the ‘Aldwych Theatre.’ She then reprised her role at the ‘Royal Shakespeare Theatre’ in Stratford-Upon-Avon. In the same year, she performed a prominent role in the popular play ‘As You Like It’ which earned her the ‘Clarence Derwent Award’ for ‘Best Supporting Actress.’ She was also nominated for ‘Olivier Award’ for ‘Best Actress in a Supporting Role’ for her performance in ‘As You Like It.’
Cusack went on to perform in many plays throughout the early and mid-1980s. In the late-80s, she was cast to play important roles in feature films, such as ‘Rocket Gibraltar’ and ‘Venus Peter.’ In 1993, she appeared in three films, namely ‘Bad Behaviour,’ ‘The Cement Garden,’ and ‘Sparrow.’
In 1997, she played Charlotte Dawson in the British romantic-drama series ‘Have Your Cake and Eat It.’ The following year, she won the ‘RTS Television Award’ for ‘Best Actor – Female’ for her performance in the series.
In 1998, she played Mai O'Hara in the popular play ‘Our Lady of Sligo.’ Her performance in the play went on to become one of her best works in stage plays. She won ‘Evening Standard Award’ and ‘Critics' Circle Award’ for her performance in ‘Our Lady of Sligo.’ She also received a nomination for ‘Olivier Award’ for ‘Best Actress in a Play.’ In 1998, she was also seen in a feature film titled ‘The Nephew.’
Cusack played a prominent role in William Shakespeare’s famous play ‘Antony and Cleopatra’ in 2002. The play was staged at ‘The Haymarket Theatre’ in London and ‘The Theatre Royal’ in Newcastle. In 2003, she performed in Neil Labute’s play ‘The Mercy Seat’ which was staged at the ‘Almeida Theatre’ in London. In 2005, she was seen in Harold Pinter’s play ‘Celebration.’
From 2006 to 2007, she was seen alongside actors like Rufus Sewell in a play titled ‘Rock 'n' Roll.’ Her performance in the play earned her nominations for ‘Olivier Award’ for ‘Best Actress’ and ‘Tony Award’ for ‘Best Actress in a Play.’
In 2006, she played Oona O'Leary in the John Boorman-directed Irish film ‘The Tiger's Tail.’ Her performance in the film earned her a nomination at the 2007 ‘IFTA Award’ for ‘Best Actress in a Supporting Role.’
In 2007, she played Helen in the British-Canadian-American gangster film ‘Eastern Promises’ and then played Miss Lavish in ‘A Room with a View.’ She played Anna Morden in the 2013 British-Irish drama film ‘The Sea’ for which she won the 2014 ‘IFTA Award’ for ‘Best Actress in a Supporting Role.’ In 2014, she played Grace Rohan in the John Boorman-directed British drama film ‘Queen and Country.’ Her performance in the film earned her a nomination at the ‘IFTA Award’ for ‘Best Actress in a Supporting Role.’
Cusack returned to the ‘Abbey Theatre’ in 2015 to play an important role in Mark O'Rowe’s play ‘Our Few And Evil Days.’ In the same year, she won the ‘Irish Times Theatre Award’ for ‘Best Actress’ for her performance in the play. In 2016, she was cast to play Sylvie Gibson in the Nordic noir British TV series ‘Marcella.’
Family & Personal Life
Sinéad Cusack’s parents were actors. Her father Cyril James Cusack, who was born in South Africa, had worked with the likes of Micheál Mac Liammóir. She has four siblings, namely Paul Cusack, Niamh Cusack, Pádraig Cusack, and Sorcha Cusack. While Niamh and Sorcha went on to become actresses, Paul became a director and producer. Cusack also has a half-sister named Catherine Cusack.
In 1967, Cusack gave birth to a son and put him up for adoption. Her son Richard Boyd Barrett grew up to become a member of the Irish parliament. Cusack campaigned for her son during the 2007 general election. In 2013, Richard Boyd Barrett claimed Vincent Dowling to be his biological father.
Cusack married actor Jeremy Irons on March 28, 1978. The couple was blessed with two sons, namely Samuel James and Maximilian Paul. Their second son Paul went on to become an actor and model.

See the events in life of Sinéad Cusack in Chronological Order 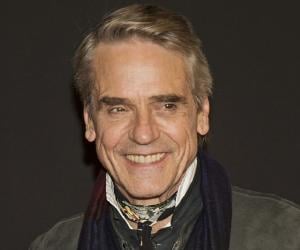