Amy Shiels is an actress and producer from Ireland. She has gained fame for portraying Gilligan's Mistress in the film ‘Veronica Guerin’, Danielle in the movie ‘Love/Hate’, Candie in the series ‘Twin Peaks’, and Lunafreya Nox Fleuret in the game ‘Final Fantasy XV: Comrades’. A native of Dublin, Shiels grew up in a large family. She is the seventh child of her parents. She got her start as an actress on stage, performing as part of the troupe of the Gaiety Theatre. She was with them for three years and simultaneously worked in films and TV shows. She made her screen debut in 2001, in the TV series ‘On Home Ground’. Her first cinematic role was in the 2002 comedy adventure ‘The Abduction Club’. In the ensuing years, she has become one of the most prominent voice actresses working in the industry today. She has lent her voice to characters in video games like ‘Call of Duty: Black Ops III’, ‘Call of Duty 4: Modern Warfare’, and ‘Final Fantasy XV’.
Continue Reading Below Irish People
Irish Actresses
Pisces Actresses
Actresses Who Are In Their 30s
Women Film & Theater Personalities
Career
In 2001, when she was still a child, Amy Shiels made her screen debut in ‘On Home Ground’, portraying the character of Trish in a season one episode of the show. A year later, she appeared in her first film, ‘The Abduction Club’, playing the character of Mary Nugent opposite Alice Evans, Daniel Lapaine, and Sophia Myles.
In 2003, she collaborated with filmmaker Joel Schumacher and actress Cate Blanchett in the film ‘’Veronica Guerin’. That year, she was cast as Emma in the comedy-drama ‘Cowboys & Angels’. In 2005, she appeared in the TV miniseries ‘Jericho’. She also appeared as Petra Maber-Clarke in ‘Casualty’. In 2006, she guest-starred as Caroline in an episode of season four of ‘The Clinic’.
In 2007, she was featured in the experimental low-budget TV drama ‘Shattered’. Directed by Rick Larkin, the story revolves around four people interlinked by the actions of a serial killer. A year later, she appeared in the TV movie documentary ‘Dickens Secret Lover’. In 2009, she starred in Stewart Hopewell’s horror thriller ‘Slaughter’, as well as in an episode of BBC One’s drama series ‘Holby City.
She starred in two projects in 2010: the short film ‘Incorporated’ and the video feature ‘Young Alexander the Great’. That year, she was cast as the recurring character Danielle in the third season of RTÉ One’s ‘Love/Hate’.
In 2013, Shiels was featured in her first work as a voice actress, the real-time strategy fantasy game ‘Divinity: Dragon Commander’. She provided the voice for a character named Ophelia. In 2015, she appeared in Ann Faucher’s comedy short, ‘She Didn’t Make It’. That year, she got the opportunity to be part of ‘Call of Duty’ video game franchise, lending her voice to an air traffic controller in ‘Call of Duty: Black Ops III’.
She played Amy in the 2016 television film ‘V Sign’. In the miniseries ‘The Secret’, she portrayed the adult version of Sophie Mellotte’s character, Lisa Buchanan. In 2016, she returned to the ‘Call of Duty’ franchise to voice a soldier in the game ‘Call of Duty: Modern Warfare Remastered’. That year, she was cast in another popular video game franchise, ‘Final Fantasy’ and lent her voice to Lunafreya Nox Fleuret in ‘Final Fantasy XV’ (2016), ‘Final Fantasy XV: Episode Prompto’ (2017), and ‘Final Fantasy XV: Comrades’ (2017).
Shiels shared screen space with Jason Jones, Natalie Zea, and Ashley Gerasimovich in TBS’ comedy series ‘The Detour’. She played the recurring character Nicole and appeared in two episodes of season two. In 2017, she provided the voice for an AI counsellor in the short film ‘A Date in 2025’. The producers raised a portion of the money needed to make the film on Kickstarter. It won several awards, including the GSF Award at Cannes in 2018. Shiels’ most important role to date is that of Candie in the third season of ‘Twin Peaks’. One of the three assistants of Rodney and Bradley Mitchum, Candie dresses in a pink cocktail waitress uniform like her co-workers and is always present to attend to every need of the Mitchum brothers. Shiels is set to star in upcoming projects like the short film ‘For Sale: Baby Shoes, Never Worn’, Duwayne Dunham’s film ‘The Happy Worker’, and the TV series ‘Sticky’.
Over the course of her career, she has served as a producer only on a handful of occasions. In 2018, she served as an associate producer on ‘Don’t Go’, a mystery film directed by David Gleeson.
You May Like

Irish Film & Theater Personalities
Irish Female Film & Theater Personalities
Pisces Women
Continue Reading Below
Family & Personal Life
Amy Shiels was born on February 21, 1991, in Dublin, Ireland. Her family is quite large; she is the seventh child of her parents. Since she was a child, she wanted to become an actress. For three years, she was associated with the troupe of the Gaiety Theatre in Dublin.
In July 2018, she admitted that she is in a relationship with British actor Sam Heughan, who appears as Jamie Fraser in the Starz series ‘Outlander’. 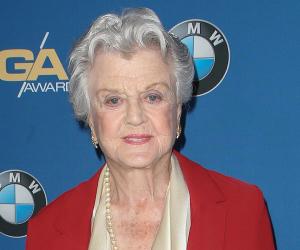