Sarah Bolger is an Irish actress who is best known for her roles as Lady Mary Tudor in the historical fiction series 'The Tudors' and as Princess Aurora in the fantasy drama series 'Once Upon a Time'. Starting out as a child actress, she impressed critics in 2002 with her performance as Christy Sullivan in the drama film 'In America', for which she received several award nominations. She also received praise for her performances in the film 'The Spiderwick Chronicles' and the series 'The Tudors'. Among her other notable appearances are the films like 'Stormbreaker', 'The Moth Diaries', 'Crush', 'As Cool as I Am', and 'Emelie', as well as TV shows such as 'Into the Badlands', 'Agent Carter', 'Counterpart' and 'Mayans M.C.' She was one of the Irish celebrities, alongside Sinéad O'Connor, Neil Jordan and Pierce Brosnan, to be selected for photographer Kevin Abosch's project 'The Face of Ireland' in January 2011. Andrea Corr
Actresses #1383
Film & Theater Personalities #3187
DID WE MISS SOMEONE?
CLICK HERE AND TELL US
WE'LL MAKE SURE
THEY'RE HERE A.S.A.P
Quick Facts

Irish People
Irish Actresses
Pisces Actresses
Actresses Who Are In Their 30s
Women Film & Theater Personalities
Rise to Stardom
Sarah Bolger began her acting career in 1999 when she appeared in the TV movie 'A Love Divided', starring Liam Cunningham. However, she got her big break after being cast as Christy Sullivan in the 2002 film 'In America', in which her real-life sister Emma played her on-screen sister Ariel. Interestingly, it was her sister who first impressed director Jim Sheridan at an audition, following which she convinced him to take a look at her sister who was waiting in the car. Sheridan was initially hesitant because he was looking for a 14 years old girl to play the role, whereas Sarah was only 10. He nevertheless gave Sarah a chance to audition and immediately realized that the two sisters were perfect together. Following the release of the film, Sarah was praised for her acting skills and received numerous award nominations for her performance. Since then, she has acted in several movies and television shows, and received critical acclaim for her performances in the movie 'The Spiderwick Chronicles' and the TV show 'The Tudors'.
You May Like

Irish Film & Theater Personalities
Irish Female Film & Theater Personalities
Pisces Women
Continue Reading Below
Career
In 2004, Sarah Bolger received six award nominations for her role as Christy Sullivan in 'In America', including 'Independent Spirit Award', 'Satellite Award', 'Screen Actors Guild Award', and 'Chicago Film Critics Association Awards'. She was soon cast in a number of films, including ‘Tara Road’ (2005), ‘Stormbreaker’ (2006), and ‘The Spiderwick Chronicles’ (2008), the latter of which earned her nominations at the Irish Film & Television Awards. While she frequently appeared on television series 'The Clinic' and the miniseries 'Stardust', her biggest TV role came in 2008 when she was cast as Princess Mary Tudor in the series 'The Tudors'. She continued to portray the recurring role during season two and three, and was promoted to the main cast in the fourth and final season. She won an award at 'Irish Film & Television Awards' in 2010 for her role on the show. She subsequently bagged another recurring role in the series 'Once Upon a Time', appearing as Princess Aurora in 16 episodes from 2012 to 2015. Since then, her TV appearances include playing main roles in TV series 'Into the Badlands' and 'Mayans M.C.', the recurring role of Anna Silk in 'Counterpart', and a guest appearance as Violet on 'Agent Carter'. Her recent film roles include 'The Moth Diaries', 'Crush', 'As Cool as I Am', 'Kiss Me', 'My All American', 'The Lazarus Effect', 'Emelie' and 'A Good Woman Is Hard to Find'.
Family & Personal Life
Sarah Lee Bolger was born on February 28, 1991 in Dublin, Ireland, to Monica and Derek Bolger. Her father is a butcher, while her mother is a housewife. She was raised in a Christian household, alongside a younger sister named Emma, who also went on to become an actress. Sarah was determined to have an acting career ever since she was a child. She joined The Young People's Theatre School in Dublin at the age of seven. She later enrolled into Loreto High School, Beaufort in Rathfarnham in 2003 and graduated in 2009. 'House of Anubis' star Ana Mulvoy Ten is her best friend, and her 'The Tudors' co-stars Torrance Coombs and Annabelle Wallis are also her good friends. Sarah Bolger reportedly dated actor Freddie Highmore from 2006 to 2009. Interestingly, they co-starred as siblings in the 2008 film 'The Spiderwick Chronicles'. While they never made their relationship official, she indirectly acknowledged a few times that she had a boyfriend, and an intimate picture of them also leaked on MySpace. She began dating her current boyfriend Julian Morris in 2012 after they worked together in the series 'Once Upon a Time'. Their relationship became Instagram-official after Morris posted her picture on his account and captioned it "My gorgeous". She has two dogs, and is particularly fond of Darby, who often accompanies her during her car rides. One of her favourite films is 'The Fugitive'. 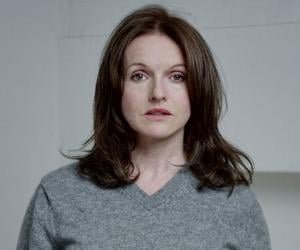