Simon Wiesenthal was an Austrian writer and Holocaust survivor who became a famous Nazi hunter following World War II. Although trained as an architect, he never returned to his trained profession. Instead, he devoted his life to memorializing Holocaust victims and educating future generations about Nazism and anti-Semitism. Most of his family perished during the war, in death and labor camps. He vowed to capture and punish those responsible. His detractors criticized him as obstinate and naïve. Yet, his unflagging devotion to tracking down those responsible for the Holocaust has been credited with bringing dozens of war criminals to justice. Over the years following his liberation, he investigated allegations of war crimes, tracked down fugitive Nazi war criminals, and collected information to help Jewish refugees locate lost relatives. Although some critics have questioned his memoirs’ veracity, his creative writings are an important voice for recollecting the atrocities committed in wartime Europe and the human stories of survival. Seeing himself as part of the conscience of Europe, he doggedly pursued politicians with connections to Nazism and refused to bow to threats from neo-Nazis in the later twentieth century. 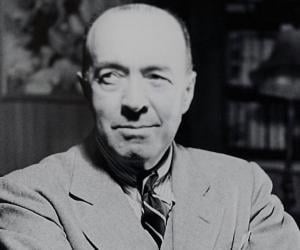 Austrian Celebrities
Male Writers
Austrian Writers
Capricorn Writers
Capricorn Men
Childhood & Early Life
Simon Wiesenthal was born on 31 December 1908, in Buczaz, to Asher Wiesenthal and Rosa Wiesenthal. He was of Jewish descent. His family had emigrated from the Russian Empire, in 1905, to escape from the organized massacres of Jews.
His father died on the Eastern Front during World War I in 1915. His mother along with her two children—Simon and his brother Hillel—fled to Vienna as Russian troops took over their home in Galicia (now in Ukraine).
In 1917, his family returned to their hometown of Buczacz, where he attended the Humanistic Gymnasium.
He met his future wife, Cyla Müller, while in gymnasium and lived with her family after his mother remarried in 1926 and moved to Dolyna, Ukarine.
He graduated from high school in 1928 and applied to study architecture at the Politechnika Lwowska, but was turned away because the school had met its quota of Jewish students. He attended the Czech Technical University in Prague instead and graduated in 1932. 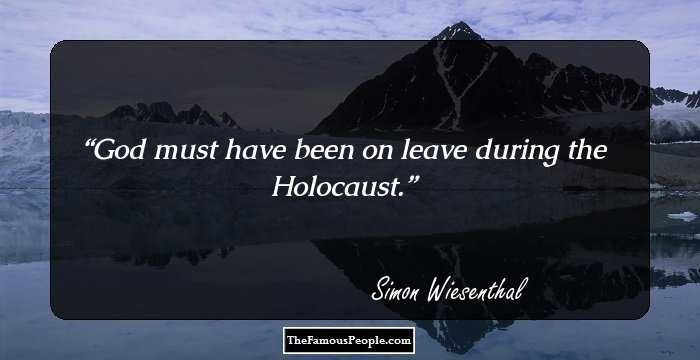 The Hottest Male Celebrities With The Best Abs
Career
The records for Wiesenthal’s career between his graduation in 1932 and the start of WWII are unclear. He may have joined an architectural firm, designing a tuberculosis sanitorium and residential buildings, or he may have worked in Odessa factories.
In 1941, Wiesenthal and his wife were arrested by Nazi forces and were transferred to Janowska concentration camp. In late 1941, he and his wife were separated and were sent to different labour camps. The couple reunited in 1945.
He faced a very tough time during detention but managed to survive the holocaust. Simon and his wife lost 89 relatives during the Holocaust.
Following his liberation from Mauthausen in 1945, he worked for the War Crimes Section of the United States army, assembling evidence of Nazi atrocities. His work for the United States continued after the war, when he joined the Army’s Office of Strategic Services and Counter-Intelligence Corps. He also headed a relief and welfare program, the Jewish Central Committee of the United States Zone of Austria.
In 1947, after concluding his association with the U.S. Army, he founded the Jewish Historical Documentation Center in Linz, Austria with thirty volunteers. The Center gathered evidence for future prosecutions of Nazi war criminals. It closed in 1954 when the Holocaust Museum Yad Vashem opened in Jerusalem, Israel, and took over the files.
Encouraged by the capture and prosecution of Adolph Eichmann in the early 1960s, he reopened the Jewish Historical Documentation Center in Vienna in 1961, focusing exclusively on the hunting down of war criminals.
His most celebrated case was the search for Gestapo officer, Karl Silberbauer, who arrested teenage-diarist Anne Frank in Amsterdam. He was credited with aiding the prosecution of many former Nazi officials and Gestapo officers during this period.
His efforts were heavily celebrated in American culture in the 1970s and 1980s. He was portrayed in the movie ‘The Odessa File’ (1974) based on an eponymous novel by Frederick Forsyth. 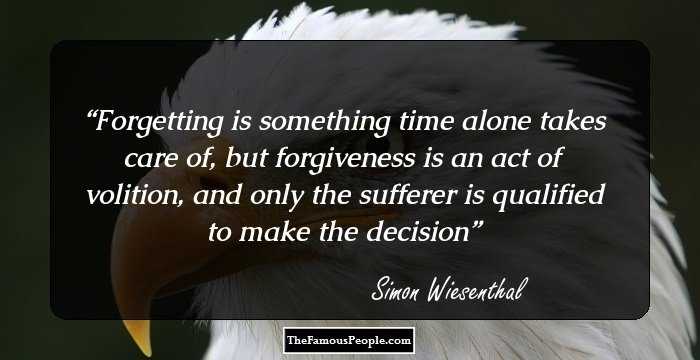 Quotes: Time, Alone
Continue Reading Below
Major Works
Wiesenthal’s 1967 memoir, ‘The Murderers Among Us’ details his experiences in Nazi Labor camps and his motivation for his life’s work.In 1969, he published, ‘The Sunflower: On the Possibilities and Limits of Forgiveness’; the book is a collection of questions he asked and answers he received from theologians, political leaders, writers, jurists, psychiatrists, human rights activists, and genocide survivors about whether all people truly deserve forgiveness if they ask for it.
His 1987 work, ‘Every Day Remembrance Day: A Chronicle of Jewish Martyrdom’ records 2000 years of atrocities against people of Jewish faith and the dates on which they happened.
Awards & Achievements
He was awarded with the U.S. Presidential Medal of Freedom, in 2000
In 2004, he was honored with the ‘Honorary Knight Commander of the Order of the British Empire’
In 2005, he was honored with Grand Decoration of Honour in Gold for Services to the Republic of Austria, e 2005
Personal Life & Legacy
Wiesenthal married his high school sweetheart, Cyla Müller in 1936. They were separated in 1941 during Nazi detention and were reunited in 1945. Tthey had one daughter, Paulinka, who was born in 1946.
He was arrested and interned in a Nazi Labour Camp. When he was liberated from the camp, he weighed less than one hundred pounds. He detailed two suicide attempts during his internment and considered it his obligation to make his survival meaningful on a grand scale.
He was accused of exaggerating and sensationalizing his participation in the capture of Adolph Eichmann and other prominent Nazis, but his defenders insist such accusations demean his efforts and lifelong pursuit of justice. He sought little financial remuneration.
He died in his sleep, on 20 September 2005, in his modest Vienna apartment, and was buried in Herzliya, Israel.
You May Like

See the events in life of Simon Wiesenthal in Chronological Order 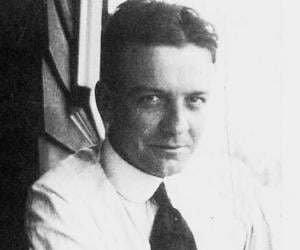 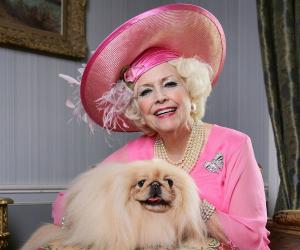