Advanced Search
Regarded as one of the most significant figures of the twentieth-century Mexican music, Silvestre Revueltas Sanchez earned himself a classic position in the world of music. He was a teacher, violinist, director and composer who helped promote Mexican music along with Chavez. He, being an outstanding Mexican composer, produced works with complete originality, dissonant, rhythmic vitality and charm. His passion towards his native Mexican music can be witnessed in his works of compositions which frequently had the distinctive Mexican flavor attached to it. This Mexican composer is best known for his vibrant, organized music and in his short life, gained an essential place in the currents of modernism. He lived only for four decades, in the span of which his music got a spectacular recognition. He taught at the National Conservatory of Music where again he got a splendid place for his musical language. Using music as a weapon, he also contributed in improving the political world in Spain during the war by hosting concerts and performances. He was a self-taught composer whose music output was not very vast, nevertheless valuable. Sheena Easton
DID WE MISS SOMEONE?
CLICK HERE AND TELL US
WE'LL MAKE SURE
THEY'RE HERE A.S.A.P
Quick Facts

Mexican Celebrities
Mexican Musicians
Capricorn Musicians
Capricorn Men
Silvestre Revueltas’ Childhood and Early Life
On 31 December 1899, Silvestre Revueltas Sanchez was born in a small town named Santiago Papasquiaro, Durango in Mexico. Being the oldest of the twelve siblings who were artistic achievers, he had his interests towards music from a young age. One of his brothers was a famous painter and a sister a noted actor. At the age of five, Revueltas got a violin as a gift from his father and began studying it when he was eight. He studied at the National Conservatory of Music in Mexico City. Later, due to unfortunate disarray of the Mexican Revolution, in the year 1917, he had to move to the United States. There he studied at St Edward College in San Antonio, Texas. He then continued his studies in Chicago in 1919 and enrolled himself at the Chicago Musical College. He learnt violin along with Jos Rocabruna and composition with Rafael J. Tello. His first concert was organized in Mexico with Carlos Chavez in 1924 and after a series of concerts in Mexico, he returned to his home country and persisted on till 1929.
Career
Revuletas career had been associated with music and concerts. In 1928, he conducted an orchestra in Mobile, and gradually was appointed as the violin professor and later, as the assistant director of the Mexico Symphony Orchestra and remained in the position until 1935. He was obsessed with work and compositions even while he continued to teach and direct. His interests were also inclined to the political concern, which was transfixed by the tragedy of the Spanish Civil War. He spent 4 months in Spain after the war where he and his colleagues performed concerts with an effort to make the political side of the country better. Revueltas on his own conducted the Symphony Orchestra of Mexico on 15 December 1938 in the Palacio de Bellas Artes where his work Sensemayá was received with huge success. It was one of his famous works, which was written by the Cuban Nicolás Guillén. Working with Chavez, Revueltas was able to promote Mexican music giving out a rich collection of music by the eminent names of the period. His collection of works showed originality and freshness, which then had been a major contribution to the national Mexican symphonic poem. Recognizing his efforts, he was given a major position in music and asked to compose music for films. He grew as an accomplished performer and conducted solo recitals in halls in Mexico.
His Works
He wrote six "picture-postcard" pieces, ten-minute poems inspired by Mexican scenes for orchestra in 1931-34. During his stay in Spain, he worked for the Republicans but later came back to Mexico to continue to teach. He worked on films, chamber music, songs and other works. His orchestral music of symphonic poems with Sensemayá brought him humungous recognition. He made his appearance as a bar pianist in the movie Vámonos con Pancho Villa where he composed music. His works were not very vast but it did include works for symphony orchestra, two ballets, vocal music and works for theatre and cinema. In all of his compositions, he brought in the folk derivations without citing the actual Mexican folk songs. The size of the output is quite impressive with his works such as Cuauhnahuc (Cuernavaca) (1930), Esquinas (Corners) (1931), Ventanas (Windows) and Colorines (Coloured Beads) (1932), Janitzio (1933), Caminos (Roads) (1934), Homenaje a Federico Garca Lorca (Hommage to Federico Garca Lorca) (1936), Itinerarios (Routes) (1937) and Sensemay (1938)
Other Works
Orchestral Works
Piano Works
Stage Works
Film
Vocal Works
Cinco Cancionespara Niños y Dos Canciones Profanas (7), song cycle for voice & chamber orchestra
Cinco Cancionespara Niños y Dos Canciones Profanas (7), song cycle for voice & piano
Popular Compositions
One of Revueltas’ main work and a famous composition was the Sensemayá, which means the chant to kill a snake. It is an evocative poem written by the Cuban poet Nicolás Guillén based on Afro-Cuban religious cults that arouses a chant while killing of a snake. This poem was then composed by Revueltas in the year 1937 and was further revised in 1938 for an orchestra which included 27 wind instruments, 14 drumming instruments and strings. This composition is said to be his foremost composition, which brought him great recognition inside and outside his native land. He has shown his intense knowledge on the Mexican music and a complete importance of rhythm with this composition. Adding to this excellence, he dedicated this work jointly to two Cuban writers, Juan Marinello and Nicolás Guillén.Sensemayá, an orchestra made up of members of the Orquesta Sinfónica Nacional and the Orquesta Sinfónica de Mexico was premiered on December 15, 1938 at the Palacio de Bella Artes in Mexico City. This was one of the first San Francisco Symphony subscription performances. The orchestra had two flutes and two piccolos, two oboes and English horn, two clarinets plus E-flat clarinet and bass clarinet, four bassoons, four horns, four trumpets, three trombones, tuba, timpani, xylophone, claves, maracas, rasping stick, gourd, small Indian drum, bass drum, high and low tom-toms, suspended cymbal, large and small gongs, glockenspiel, celesta, piano, and strings.
Death
During the celebration of the success of La Noche de los Mayas, his end neared in unfortunate circumstances. On 4 October 1940, his ballet El renacuajopaseador received its late premiere in Mexico City. Instead of attending the concert, Revueltas spent the evening drinking in his apartment and then headed out with little dress on whereas the weather demanded for more. He was already suffering from a sharp attack of bronchial pneumonia and this just worsened his condition. On his way back home, he suffered a bronchial attack and was taken to a hospital. Unfortunately, he died in Mexico on 5 October 1940 in the Mexico City.

He showed great interest in the learning of music

He studied violin and composition in Mexico City

He moved to the United States and studied at St. Edward College in Austin, Texas

He studied at the Chicago Musical College

He conducted an orchestra in Mobile, Ala.

He went to Spain, and participated actively in the civil war for the Republican side

He died on 5 October of bronchial pneumonia in Mexico City, Mexico 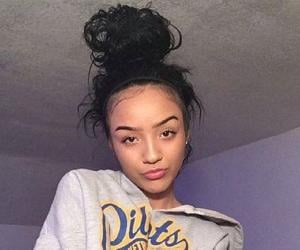 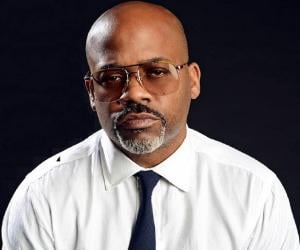 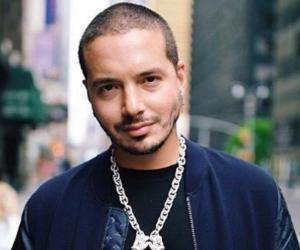