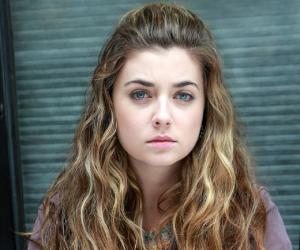 Who is Shea Whigham?

Shea Whigham is an American actor and voiceover artist, best known for his role as ‘Elias ‘Eli’ Thompson’ in the hit HBO series ‘Boardwalk Empire’. During his two decade long career, he has worked in countless films and television series like ‘Kong: Skull Island’, ‘Silver Linings Playbook’, ‘Joker’, ‘Vice Principals’, ‘True Detective’, etc. He grew up in a non-Hollywood household and though he entered college on a tennis scholarship, he left with a passion for acting. He even started his own theatre company with a college roommate, where he served as both the actor and the artistic director. After getting his big break in a TV series ‘Tigerland’, he continued to deliver exceptional performances in various series and branched out to films and voiceovers as well. He found fame with ‘Boardwalk Empire’ and has given a string of hit acts that won him many award nominations, most recently in the series ‘Homecoming’. He continues to lead an active work and family life in Hollywood. American Men
Florida Actors
Capricorn Actors
American Actors
Career
After graduating from college, Shea Whigham and his roommate started a theatre group in New York City called ‘The Rorschach Group’, where he was both the artistic director and actor for three years. He made his television debut with a small role in an episode of the TV series ‘Ghost Stories’. In 1998, he was seen in the video ‘Of Love & Fantasy’. In 2000, he got his big break with a prominent role in the war-drama film ‘Tigerland’. He also lent his voice to the video game ‘Smuggler’s Run’ the same year. Thereafter, his career gathered momentum and from 2001 to 2003, he had notable roles in mainstream films and TV films like ‘All the Real Girls’, ‘Submerged’ and ‘R.U.S./H’. From 2004 to 2008, he continued with roles in series like ‘Medical Investigation’, ‘ER’ and ‘Standoff’ alongside doing films like ‘Water’, ‘Man of the House’, ‘Wristcutters: A Love Story’, ‘Pride and Glory’, ‘Splinter’, etc.
In 2009, he essayed the role of ‘Agent Michael Stasiak’ in ‘Fast & Furious’ and worked in other noteworthy films like ‘Blood Creek’, ‘The Killing Room’ and ‘Spooner’. The same year he was also part of television series like ‘Lie to Me’ and ‘Medium’. In 2010, he worked in movies like ‘Radio Free Albemuth’ and ‘Machete’. He also landed his most famous role till date, that of the corrupt sheriff ‘Elias ‘Eli’ Thompson’ in the ‘HBO’ period crime drama series ‘Boardwalk Empire’ that year. From 2011-13, he had prominent roles in movies like ‘Take Shelter’, ‘Silver Linings Playbook’, ‘Fast & Furious 6’, ‘American Hustle’ and ‘The Wolf of Wall Street’.
After ‘Boardwalk Empire’ wrapped up in 2014, he worked in episodes of TV series like ‘True Detective’, ‘Agent Carter’ and ‘Justified’ along with roles in films like ‘Non-Stop’ and ‘Cop Car’. He made his voiceover debut in 2016 by lending his voice to the character ‘Teenaxi Leader’ in the film ‘Star Trek Beyond’. From 2016-17, he also essayed the role of ‘Ray Liptrapp’ in the comedy series ‘Vice Principals’, as well as a memorable role in the 2017 movie ‘Kong: Skull Island’. ‘Narcos’ and ‘Fargo’ were two other popular drama series that he was a part of that year.
2018 was a busy year for him as he worked in films like ‘The Catcher Was a Spy’, ‘Sicario: Day of the Soldado’, ‘First Man’, ‘Bad Times at the El Royale’, ‘City of Lies’, ‘Beirut’ and ‘Vice’. He was part of the miniseries ‘Waco’ and co-starred alongside Julia Roberts in the hit web series ‘Homecoming’ that also won him the ‘Critics' Choice Television Award for Best Supporting Actor in a Drama Series’ nomination. In 2019, he was seen in the movies ‘To the Stars’, ‘Low Tide’ and ‘Joker’, and will be seen in the upcoming web television series ‘Modern Love’. He is also a part of a future HBO miniseries ‘Perry Mason’.
You May Like

Male Voice Actors
Actors Who Are In Their 50s
American Voice Actors
American Film & Theater Personalities
Continue Reading Below
Family & Personal Life
Franklin Shea Whigham Jr. was born in Tallahassee, Florida, USA, on January 5, 1969. His father, Frank Whigham, was an attorney, and his mother, Beth, was a librarian. He also has a brother, Jack. When he was five, his family shifted to Lake Mary, Florida. He played soccer and tennis very well, his athleticism having been inherited from his quarterback father. He joined ‘Tyler Junior College’ in Texas on a tennis scholarship, but soon developed a deep passion for acting. Thereafter, he moved to State University of New York at Purchase, New York and joined a niche acting programme.
He is married to Christine Whigham and the couple has four children, including the actress Giorgia Whigham. He currently lives with his family in California, but splits his time between his work commitments in Los Angeles and New York.
Recommended Lists: