Giorgia Whigham is an American actress who is best recognized for her role as Kat in the Netflix series ‘13 Reasons Why’ and as Amy Bendix in the series ‘The Punisher’. The daughter of popular actor Shea Whigham, she made her acting debut in the 2016 short movie ‘Pinky’ alongside Ellery Sprayberry. As of now, she has also made guest appearances in various television programs. Blessed with auburn hair and mesmerizing green eyes, the beautiful actress is currently one of the foremost choices of many film and TV producers. Thanks to her natural acting ability and skill to portray various types of character on screen, she is quickly building up an enviable resume. A graduate of Charter High School of the Arts, Whigham is undoubtedly a future superstar! On a personal note, she is a simple family girl who spends her spare time with friends, shopping and travelling to distant places. She is a devoted sister who likes to pamper her younger brother every now and then. 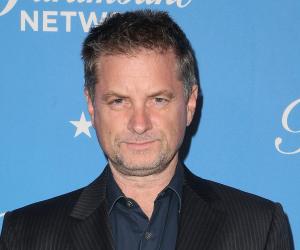 Willow Smith
Actresses #1900
Film & Theater Personalities #4648
DID WE MISS SOMEONE?
CLICK HERE AND TELL US
WE'LL MAKE SURE
THEY'RE HERE A.S.A.P
Quick Facts

American People
New Yorkers Actresses
Leo Actresses
American Actresses
Actresses Who Are In Their 20s
Career
Giorgia Whigham made her acting debut in 2016 when she appeared in the short film ‘Pinky’. The following year, she appeared in a TV movie titled ‘The Legend of Master Legend’ and guest-starred in a few episodes of ‘13 Reasons Why’, a teen drama web television series. During this time, the actress also featured in the dramas ‘The Orville’ and ‘Son of Zorn’. In the year 2018, she made guest appearances in one episode each of the series ‘Animal Kingdom’ and ‘Dirty John.’ The same year, Whigham was also cast as Chrissy in the movie ‘Sierra Burgess is a Loser’. This teen comedy-drama flick, directed by Ian Samuels, also featured a number of other talented artistes including Shannon Purser, RJ Cyler, Kristine Froseth and Noah Centineo.
In early 2019, Whigham started playing Amy Bendix in the web television series ‘The Punisher’. Based on the Marvel Comics character of the similar name, the series revolves around Frank Castle who employs lethal methods to battle crime as the vigilante "the Punisher”. Whigham would soon be seen in the films ‘The Buried Girl’ and ‘Saving Zoe’. She is also currently filming for the anthology slasher series ‘Scream,’ where she would be seen portraying the character of Beth, a goth girl and a local tattoo artist.
You May Like

Women Film & Theater Personalities
American Film & Theater Personalities
American Female Film & Theater Personalities
Leo Women
Continue Reading Below
Family & Personal Life
Giorgia Whigham was born on August 18, 1997 in New York City, New York, USA to actor Shea Whigham and Stine Whigham. Her father is known for playing Elias Thompson in the HBO drama ‘Boardwalk Empire’ as well as for his supporting roles in the series ‘Kong: Skull Island,’ ‘True Detective’ and ‘Death Note.’ Giorgia Whigham has a younger brother whom she is very close to. She studied at Charter High School of the Arts.
Talking about the actress’ love life, she is supposedly in a relationship. According to some media sources, she was once spotted with a mysterious guy in Manhattan.