Sean Hepburn Ferrer is a film producer, director, and author, recognized for his work in the films such as ‘Ironweed’ and ‘Inchon.’ He is the son of legendary actors Audrey Hepburn and Mel Ferrer. Born in Switzerland, he spent his childhood in various European countries and in the US. Since childhood, he wished to make a career in the film industry. He was a student of arts and grew up to be fluent in several languages, such as English, French, Italian, Spanish, and Portuguese. Ferrer worked on all aspects of filmmaking, including production, post-production, direction, and marketing, but he met with only modest success. He has worked for several movies, such as ‘Strangers Kiss’ and ‘Pretty Hattie’s Baby,’ and documentaries such as ‘Racehoss’ and ‘Living the Blues.’ He has worked as the founder chairman of ‘Audrey Hepburn Children’s Fund’ and was appointed as the honorary chairman of the ‘UNICEF Audrey Hepburn Society.’ Ferrer is a patron of ‘Psuedomyxoma Survivor,’ a non-profit organization that supports patients of the rare disease called pseudomyxoma peritonei. He is a founding member of the ‘American Cinema Awards.’ In 2003, he published a biography of his mother, ‘Audrey Hepburn, An Elegant Spirit: A Son Remembers.’ Ferrer has been married thrice earlier and is presently married to Karin Hofer.
Continue Reading Below Swiss People
Philanthropists
Non-Fiction Writers
T V & Movie Producers
Children's Rights Activists
Childhood & Early Life
Ferrer was born on July 17, 1960, in Lucerne, Switzerland, to celebrated actor parents Audrey Hepburn and Melchior Gastón Ferrer (or Mel Ferrer). Scottish author AJ Cronin was his godfather. He moved with his family, first residing in the Lake Geneva area during 1963, and later in Italy, Spain, England, France, and the US.
Ferrer started his schooling in 1965. His parents divorced during the late 1960s. Later, his mother married an Italian psychiatrist, Andrea Dotti. Thus, in 1970, Ferrer moved with her to Rome, and joined the ‘Lycee Chateaubriand.’ By the mid-1970s, he was sent to a private Swiss boarding school in Le Rosey. He completed his studies with a French baccalaureate.
He joined the ‘University of Geneva’s international law school. After the completion of his first semester, Ferrer received an offer from Terence Young, creator of ‘Bond’ films, to work on a motion picture.
Continue Reading Below
You May Like

The Best Black Actresses Of All Time
Career
In 1981, Ferrer began his career as a production assistant with ‘Inchon,’ a war film based on the battle of Inchon. He did not venture into acting but worked on production, post-production, and direction. He was part of the teams for the films ‘They All Laughed’ (1981), ‘One Shoe Makes it Murder’ (1982), and ‘Growing Pains’ (1984). He worked on the post-production and marketing aspects of the films ‘Light of Day’ (1987) and ‘The Running Man’ (1987).
Ferrer worked as an assistant director of the movies ‘Old Gringo’ (1989), ‘Christopher Columbus: The Discovery’ (1992), and ‘Blood In Blood Out’ (1993). He was the producer of films such as ‘Strangers Kiss’ (1983) and ‘Good to Go’ (1986).
Ferrer independently produced ‘Pretty Hattie’s Baby’ (1991), a film about an African–American mother and her adopted white daughter. He produced and directed a one-man feature documentary named ‘Racehoss’ (2001), based on the biography of Albert Race Sample. Ferrer has written the introduction of Albert Race Sample’s autobiographical book, ‘Racehoss: Big Emma’s Boy.’
He was the executive producer of ‘Cloudstreet’ (2011), an award-winning Australian miniseries, and also ‘Living the Blues’ (2010), a documentary about the singers and musicians of the blues style of music.
During his long career in the entertainment industry, Ferrer has worked in every aspect/department of the film industry, including films and TV development, production, direction, marketing, and management of intellectual properties (and their commercial applications). He is co-owner of ‘Crain & Ferrer,’ an agency that manages intellectual properties of legacies.
He played ‘Jose’ in the 1981 movie ‘They All Laughed.’
In memory of his mother, Ferrer published the book ‘Audrey Hepburn, an Elegant Spirit: A Son Remembers’ in 2003.
Humanitarian Work
After his mother’s death in 1993, Ferrer, along with his half-brother, Luca Dotty, and his mother’s last partner, actor Robert Wolders, founded the ‘Audrey Hepburn Children’s Fund.’ Through this foundation, which began in 1994, he carried forward his mother’s humanitarian work. The charity raises funds through exhibition of Audrey Hepburn memorabilia. As the founder-chairman, he conducted a world tour of the exhibition ‘Timeless Audrey.’ The proceeds of the exhibition were used to fund the charity organization. He worked as its chairman till 2012, before handing his position over to Luca Dotti. The foundation sued Ferrer in 2017, accusing him of using the foundation for personal benefits. Later, in 2017, he sued the charity, challenging their right to use Audrey Hepburn’s IP (intellectual property). However, his case was dismissed by the court in 2018.
Ferrer was the ‘Rare Disease Day Ambassador’ for the ‘European Organization for Rare Diseases’ (EURORDIS) from 2014 through 2018. He helped in creating awareness about rare diseases and about patients suffering from such ailments, on the international platform. His mother died of a rare cancer, psuedomyxoma peritonei. Since then, Ferrer supports activities that help survivors of such rare diseases.
Family & Personal Life
Ferrer was initially married to Marina Spadafora (From 1985 to 1989). He then married Leila Flannigan (from 1994 to 2000), with whom he has a daughter, Emma Ferrer. In August 2000, he married Giovanna Gregori. The couple had two sons, Santiago and Gregorio, before they ended their marriage in 2009. He married Karin Hofer on July 21, 2014. 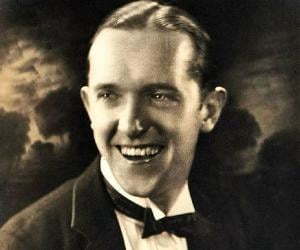 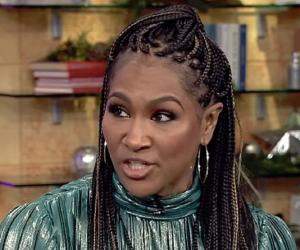