Scott William Winters is an American actor known for his roles of Clark in the drama film ‘Good Will Hunting’, detective McNamara in the crime thriller series ‘Dexter’, and more recently, Nick Fischer in the drama series ‘Berlin Station’. Winters was born in New York and he grew up in Long Island and Scottsdale, Arizona. Before he began his acting career, he studied at Northwestern University in Chicago. He worked several odd jobs prior to finally getting established as an actor. He has worked as a bartender and is also a part-time EMT. Growing up, he and his siblings shared a mutual love for the performing arts. His brothers Dean and Brad eventually became an actor and a writer, respectively. As an actor, Scott received much fame for his performance in the film ‘Good Will Hunting’ and the TV series ‘Oz’. In his career so far, he has also played guest roles and recurring roles in many TV shows like ‘NYPD Blue’, ‘Dexter’, ‘Law & Order’ and ‘Berlin Station’. 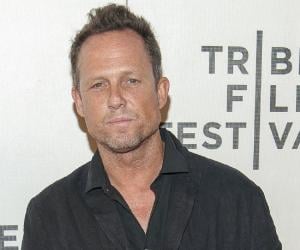 Ryan Reynolds
Actors #5309
Film & Theater Personalities #12072
DID WE MISS SOMEONE?
CLICK HERE AND TELL US
WE'LL MAKE SURE
THEY'RE HERE A.S.A.P
Quick Facts

American People
New Yorkers Actors
Tall Celebrities
Tall Male Celebrities
Leo Actors
Career
Scott William Winters made his acting debut in 1996, with the TV movie ‘The Prosecutors’. He next had a minor role in the biographical drama film ‘The People vs Larry Flint’. Directed by Miloš Forman, the film was about the rise of Larry Flint, a pornographic magazine publisher and editor, and his clashes with religious institutions and the law. The reviews were generally positive, and the film was nominated for two Oscars. However, the film was a commercial disaster.
In 2007, Winters had a notable role in the American drama film ‘Good Will Hunting’. It was directed by Gus Van Sant. The film was a huge success commercially, earning over $225.9 million on a budget of a mere $10 million. Winters played the role of a character named Clark. The film was praised by the critics, and was also nominated for several Oscars, including the Best Picture, out of which it won two. The same year, he also had a guest role in the police procedural TV series ‘Homicide: Life on the Street’.
His popularity increased after he landed an important recurring role in the drama series ‘Oz’. The series ran from 1997 to 2003, and was met with favorable reviews. Meanwhile, he also continued playing guest roles in several TV shows, which include ‘The Pretender’, ‘The Beat’ and ‘The Fast Lane’. Between 2003 and 2004, he was seen in the police drama TV series ‘10-8: Officers on Duty’, where he portrayed Senior Deputy Matt Jablonski. The show received positive reviews. He was next seen in a recurring role in the police drama TV series ‘NYPD Blue’.
Winters played guest roles in popular shows like ‘Dexter’ and ‘CSI’ in 2006. He also had a supporting role in the TV movie ‘13 Graves’ the same year. The film was about a former treasure hunter, whose search for his missing brother coincides with a quest for buried Incan gold. The film received positive reviews. The ensuing year, he had a recurring role in the action drama series ‘24’. His next important work was his role of Cardinal Riario Sansoni in the historical drama series ‘Borgia’ between 2011 and 2014. His recent works include recurring roles in the TV shows ‘NCIS’ and ‘Berlin Station’.
You May Like

American Actors
Actors Who Are In Their 50s
American Film & Theater Personalities
Leo Men
Continue Reading Below
Family & Personal Life
Scott William Winters was born in New York on 5th August 1965. He was raised in Long Island and Scottsdale, Arizona. He is of Irish and Italian descent. He studied at Brophy College Preparatory, a Jesuit school. He completed his higher studies from Northwestern University in Chicago.
He married Jennifer Logan in 2003. They have two children, Faith Winters and Grace Winters.