Charles Joseph Whiteman was a mass murderer. Besides killing his mother and wife, he murdered around seventeen people in a mass shooting at the University of Texas. His father’s ill-treatment of his entire family played a crucial role in forming his criminal mentality - he suffered a lot due to unhappy relationship of his parents. While attending the University of Texas, police detained him along with some of his friends for poaching deer. It has been known that he used to feel jealous of his wife, a biology teacher who earned more than he did. Moreover, he was financially dependent on his father and this dependence created an inferiority complex within him. In spite of his wife’s repeated request to consult a psychiatrist, he refused to do so. In addition to that, he was mentally disturbed when his parents got separated after leading a troubled married life. During the counselling session with Dr. Heatley, the staff psychiatrist at the University of Texas Health Center, Charles stated about his fantasy of shooting people from the top of a tower. The doctor suggested him another session of counselling, but he did not care about that. He lost his life in an encounter with police on the campus of the University of Texas. Emmett Till
DID WE MISS SOMEONE?
CLICK HERE AND TELL US
WE'LL MAKE SURE
THEY'RE HERE A.S.A.P
Quick Facts

American Celebrities
Male Murderers
Male Criminals
Cancer Criminals
American Criminals
Childhood & Early Life
Born in Lake Worth, Florida, United States, Charles Joseph Whiteman was the eldest of three sons of Charles A. Whitman, Jr. and Margaret. His brothers and mother suffered a lot due to his father’s cruel nature. He received his early education from Sacred Heart grade and junior high schools. After joining the Boy Scouts, he became an Eagle Scout.
In 1955, he attended St. Ann’s high school located in West Palm Beach, Florida from where he graduated in 1959.
On July 6, 1959, he joined the United States Marine Corps. As a part of his training, he was sent at Guantanamo Bay, Cuba, for eighteen months.
For his remarkable performance in the training programme, he received awards like Good Conduct Medal and a Sharpshooter’s Badge. He also won the Marine Corps Expeditionary Medal.
In order to become a commissioned officer, he applied to a U.S. Navy and Marine Corps scholarship program and cleared the exam for the same. After the approval of the selection committee, he attended a preparatory school in Bainbridge, Maryland, to study mathematics and physics. He successfully completed it to qualify for a transfer to the University of Texas to study engineering.
In September 1961, he took admission at the University of Texas, Austin, to study engineering.
Due to his poor performance, he was sent back to duty as an enlisted man of the Marine Corps in 1963.
In 1964, he took admission at East Carolina State College. On December 4 of the same year, he was discharged from his duty.
In spring of 1965, he started to attend the University of Texas again to study engineering.
Later, he worked as a bill collector for Standard Finance Company for a short period. After that, he became a teller at Austin National Bank. In 1965, he took a part time job with Central Freight Lines. He also worked as a traffic surveyor for the Texas Highway Department.
In 1966, his mother, unable to endure the torture of her abusive husband, started living in an apartment in Austin. Her apartment was not very far from the place where Charles used to reside.
Continue Reading Below
Offences & Incarceration
On the evening of July 31, 1966, Charles visited his mother’s apartment and stabbed and shot her. In a note, he tried to justify this act saying he relieved his mother from her sufferings.
After murdering his mother, he came back home. He typed a letter stating his plan to terminate the life of his wife. When his wife went to sleep, he stabbed her to death.
On August 1, 1966, he hired a dolly and purchased necessary arms and ammunition. Dressed in khaki attire, he planned for a mass murder from the top of a tower of at the University of Texas.
After entering the university, he went to the top floor of the tower by the elevator. In the observation deck area of the tower he met receptionist Edna Townsley whom he injured with the butt of his rifle and hid her body behind a couch.
Within a brief period, he met some tourists on their way up the stairs and shot one of them to death. He started firing from the tower’s outer deck from 11:48 a.m. and shot several students in the South Mall gathering centre.
It was a history professor who first noticed the firing and informed the Austin Police Department about the murder of students. The news of mass killings created great commotion on the campus.
To control the situation, all active police officers, off-duty officers and Texas Department of Public Safety officers converged on the university campus. While exchanging gunfire with the police, he used the waterspouts that acted as loop holes on each side of the tower.
Armed with a .38 revolver and a shotgun, police officers Ramiro Martinez and Houston McCoy went on the observation deck and spotted Charles there.
Personal Life
He married Kathleen F. Leissner on August 17, 1962. Kathleen worked as a biology teacher at Lanier High School. He stabbed her to death on July 31, 1966, the same day when he murdered his mother.
He lost his life in an encounter with police force at the University of Texas. Police officers Ramiro Martinez and Houston McCoy spotted him on the observation deck and shot him.
Trivia
In his suicide note, this notorious killer requested to examine his brain in order to find out the signs of physical cause of his mental problems. The autopsy report showed that he had a brain tumour. But doctors were not sure whether this tumour had any effect on his brutal actions or not.

See the events in life of Charles Whitman in Chronological Order 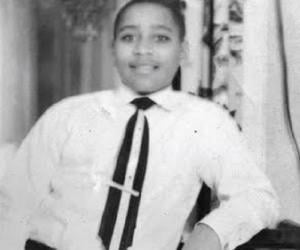