Robert Downey, Jr., son of the avid filmmaker Robert Downey, Sr., is an American actor famous for his brilliant acting in ‘Chaplin’, quirky version of ‘Tony Stark’ in ‘Iron Man’ and decades of living under the shadow of drug abuse and breaching of law. Downey was involved in professional acting and drugs consumption from a very young age, owing to his highly creative and addicted father. He has spent his life in and out of tabloids, rehabilitation centers and prisons and yet, his acting skills and talent has given him the status of one of the most cherished actors. His fans love him for the dark and strong characters that he has played from time to time in movies like: ‘Sherlock Holmes’, ‘Tropical Thunder’, etc. and also for his almost superhero like ability to bring himself out from the rut of drugs and alcohol binging that he had been a part of since childhood. Downey has been recognized for his contribution to cinema with awards like Golden Globe, BAFTA and Emmy. He is also the co-owner of the production company ‘Team Downey’, with his wife Susan Levin. American People
American Men
New Yorkers Actors
Aries Actors
American Actors
Childhood & Early Life
Robert Downey, Jr. was born on April 4, 1965 in Manhattan, New York, to Robert Downey, Sr. and Elsie. His father is a well-known film maker, actor, writer, director and his mother was an actress. From a very young age, Downey was involved in acting.
He did his first appearance in his father’s movie ‘Pound’, in which he played the role of a puppy. Downey grew up around drugs as his father was a drug addict. He started taking marijuana at the tender age of 6.
At the age of 7, he made an appearance in the movie called ‘Greaser’s Palace’ and later went to live in England to study classical ballet. He attended the Stagedoor Manor Performing Arts Training Center in New York.
In 1978, at the age of 13, Downey’s parents got divorced and he went to California to live with his father. He dropped out of school in the pursuit of professional acting. He was still struggling with his drug addiction. 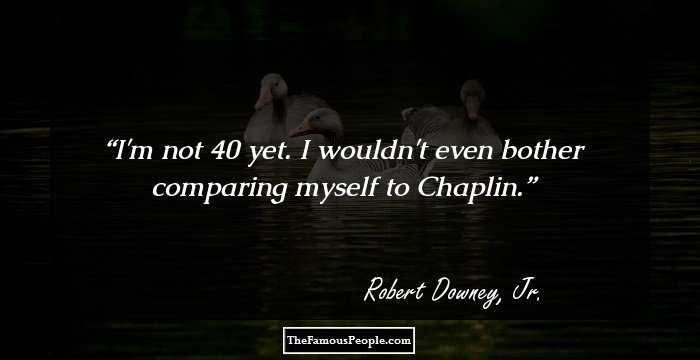 Quotes: I
Continue Reading Below
Career
From 1983-1986, Downey did an off-Broadway musical ‘American Passion (1983)’ and was cast to be a part of ‘Saturday Night Live (1985)’. He also did ‘Turf Turf (1985)’, John Hughes’s sci-fi comedy ‘Weird Science (1985)’ and ‘Pretty in Pink (1986)’.
Downey did his first lead role in ‘The Pick-up Artist’ in 1987 and did ‘Less Than Zero’ in the same year, in which he played a drug-addicted rich young boy. He was started to be recognized as a member of ‘Brat Pack’.
In 1989, Downey did a romantic comedy called ‘Chances Are’, starring along with Cybill Shepherd, Ryan O’Neal and Mary Stuart Masterson. It was followed by ‘Air America (1990)’, in which he starred with Mel Gibson and ‘Soapdish (1991)’with Sally Field.
Downey did the most famous role of his lifetime in Richard Attenborough’s ‘Chaplin’ in 1992. He played the role of ‘Charlie Chaplin’ in the movie and prepared extensively for his role and won an Oscar nomination and a BAFTA Award for it.
From 1993-1999, he did commercial movies like: ‘Heart and Souls (1993)’, ‘Shortcuts (1993)’, ‘Only You (1994)’, ‘Natural Born Killers (1994)’, ‘Restoration (1995)’, ‘Richard III (1995)’, ‘Two Girls and a Guy (1998)’ and ‘Black and White (1999)’.
Downey did a psychological thriller in 1999 called ‘In Dreams’, in which he starred with Annette Bening. It was his last movie that he completed before going to the California Substance Abuse Treatment Facility and State Prison to serve his drug charges.
In 2000, after his release, he joined the cast of an American legal comedy-drama television series called ‘Ally McBeal’. He was nominated for an Emmy Award and won a Golden Globe in the category of the Best Supporting Actor in a mini-series.
He lip-synched Elton John’s ‘I want Love’ for its video in 2001, directed by Sam Taylor-Wood. In the following year, he got the lead role in ‘The Singing Detective’ with the help of Mel Gibson who paid his insurance bond.
In 2003, Downey did a supernatural thriller ‘Gothika’ along with Halle Berry, which was directed by Mathieu Kassovitz. He withheld 40 percent of Downey’s salary to make sure that his addictive behavior does not hamper the production of the movie.
Continue Reading Below
Downey did leading and supporting roles in movies like ‘Good Night, and Good Luck’¬¬, which was a George Clooney directorial venture, ‘Fur: An Imaginary Portrait of Diane Arbus’, ‘Scanner Darkly’ and ‘A Guide to Recognizing Your Saints’, throughout 2005-2006.
Around same time, he did commercial movies that made him more prominent in the industry: ‘Kiss Kiss Bang Bang (2005), which was a crime-comedy starring Val Kilmer. He also did ‘The Shaggy Dog (2006)’ and ‘The Zodiac (2007)’.
In 2008, Downey gave his first major blockbuster hits like: ‘Tropic Thunder’, an action comedy in which he starred with Ben Stiller and Justin Theroux and ‘Iron Man’ in which he played the memorable and quirky role of ‘Tony Stark’.
He appeared in drama film called ‘The Soloist’ in 2009, starring along with Jamie Fox, based on a book by Steve Lopez. He also did the British-American action mystery film, ‘Sherlock Holmes’, around same time.
Reviving his role of ‘Tony Stark’ in the sequel ‘Iron Man 2’ in 2010, Downey again became a part of the Marvel studios film project. The movie was released in 54 countries and grossed 623.9 million US dollars.
‘Sherlock Holmes: A Game of Shadows’, a continuation of ‘Sherlock Holmes (2009)’ was released in 2011. He starred along with Jude Law and Jarred Harris in the movie and despite of its topnotch cast, the film did not do very well.
In 2012, ‘The Avengers’ a superhero film was released, which was based on the Marvel Comics superhero team of the same name. Downey starred in this massive project along with Samuel L. Jackson, Scarlett Johansson, etc.
Another ‘Iron Man’ movie ‘Iron Man 3’ was released in 2013 in which Downey’s character was shown to be going through posttraumatic stress disorder. He starred in the movie along with Gwyneth Paltrow, Rebecca Hall, etc. 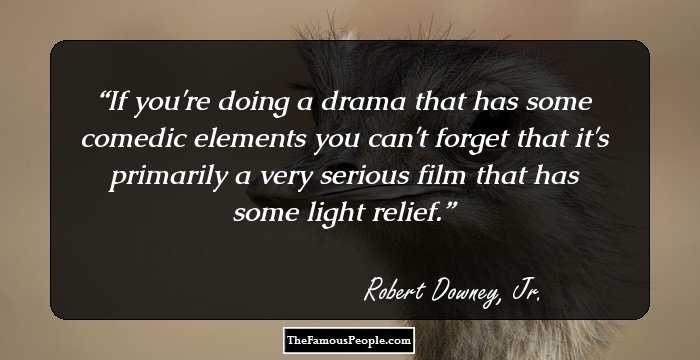 Quotes: You
Continue Reading Below
Major Works
Downey’s ‘Chaplin’ (1992) is one of his biggest achievements until now. Richard Attenborough, the director of the movie, got him trained in many aspects that were necessary for a true portrayal of Chaplin, like, learning how to play violin, etc.
Joining the cast of American television mini-series ‘Ally McBeal’, after serving his time in the prison, in 2000, was a great professional move from Downey’s side. He won many accolades for his role in the series.
Downey’s characterization of ‘Tony Stark’ in ‘Iron Man (2008)’, ‘Iron Man 2 (2010)’ and ‘Iron Man 3 (2013), has made him into a huge blockbuster phenomena. His quirky and nonchalant personality in real life reflects in ‘Tony Stark’ which has made it so successful.
Awards & Achievements
Downey is the winner of a Golden Globe Award and Screen Guild Award for ‘Ally McBeal (2001)’, BAFTA Award for ‘Chaplin (1992)’, Golden Globe Award for ‘Shorcuts (1994)’ and ‘Sherlock Holmes (2009)’ and 2 People’s Choice Awards for ‘The Avengers (2013)’. 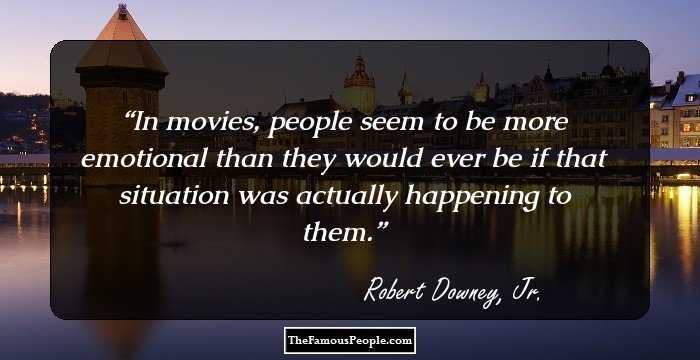 Personal Life & Legacy
Downey was married to singer and actress Deborah Falconer from 1992-2004. They have a son together named Indio Falconer Downey. Their marriage started to break when Downey made frequent visits to rehab and could not break off from his addictions.
From 1996-2001, Downey was arrested on various occasions on drug-related charges. He was once arrested for possession of cocaine, marijuana and heroin and on other occasion he was accused of possessing a non-licensed handgun.
Downey was sent to the California Substance Abuse Treatment Facility and State Prison, California, on a 3 year sentence in 1999. But he was released early as his collective time in confinement on various occasions had qualified him for an early release.
He got married to Susan Levin, an Executive Vice President of Production at Joel Silver’s film company, Silver Pictures in 2005, in a Jewish ceremony. The couple has a son together named Exton Elias Downey.
Trivia
Downey dated the famous Hollywood actress Sarah Jessica Parker from 1984-1991; they broke up owing to his addiction to drugs and alcohol.
He says that he was introduced to drugs as a child by his father, who was also a drug addict, and they used to consume drugs together.
Downey gives his wife Susan the credit for his recuperation from drugs and the ‘bad boy lifestyle’.
He was supposed to do Woody Allen’s ‘Melinda and Melinda’ in 2005 but was dropped out of the project because Woody could not get insurance on him.
It was revealed in the media that Downey was suffering from bipolar disorder for a very long period in his life.

See the events in life of Robert Downey Jr. in Chronological Order 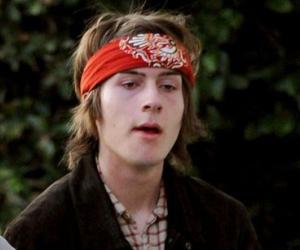 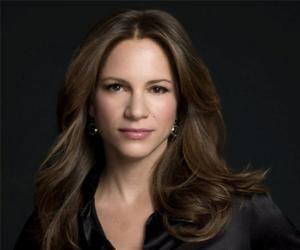 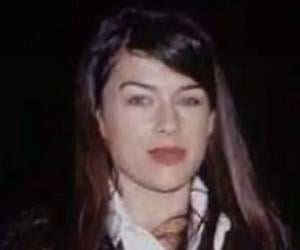