Savannah LaBrant is a trending American fashion blogger, social media celebrity, and professional photographer. Her love for photography made her famous on Instagram where she has more than 7 million followers. The young mother and entrepreneur was named the number one Muser of 2016. Among the various brands that she endorses, Savannah vouches for the classy jewelry of ‘Taudrey’ with a personal overwhelming affinity for the “Mommy and Me” jewelry sets. She launched an Instagram’account for her daughter, Everleigh, and her friend Ava called ForEverAndForAva, wherein her daughter models for various brands and products and sets new style trends for little girls. Savannah began dating actor and celebrated Vine star Cole LaBrant, in 2016 and created a YouTube channel with him called The LaBrant Fam. The channel has more than 13.1 million subscribers as of June 2022. With over 29 million fans, she has a massive following on her TikTok account, savv.labrant. 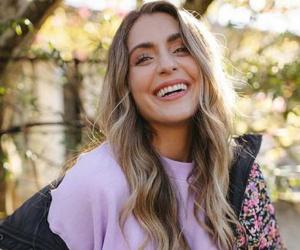 Savannah LaBrant was born a gifted child. She took to dancing at the age of two and pursued her elementary education through home schooling. Savannah loved clicking pictures and had worked as a model in her teens, thus it wasn’t difficult for her to begin a career in photography. She would often take pictures of her daughter and post them online.

Savannah LaBrant later launched her own website called littleredrosephotography. People began following her posts in hundreds and then millions. She instantly took to the uniqueness of the lip-syncing TikTok app and uploaded several videos along with her three-year-old daughter, daily. In 2016, she gained huge number of followers owing to Everleigh’s adorable presence and her creativity, and became the most viewed and followed ‘Muser’ that year. The same year she began blogging about fashion and eventually created a YouTube channel; with her fiancé, Cole LaBrant.

Savannah partnered with Michelle Foley and her four year old daughter, Ava Foley, to create an ‘Instagram’ account for Ava and Everleigh called ‘ForEverAndForAva’ where the two little girls create their own fashion statements. The account is monitored by Michelle and Savannah and has 1 million subscribers.

Apart from her beautiful blonde locks, dreamy eyes and gorgeous features, Savannah is also a wonderful mother. She may have landed a pregnancy in her late teens but has no regrets for it. She believes that being a single mother has helped her become a more responsible individual. She hopes to imbibe the best of values in her daughter and is raising Everleigh to be a humble person. In an interview with ‘Taudrey’, she stated that she disapproves of her daughter being ‘famous’ and would rather have Everleigh understand that she is more recognized than other children.

She is happy that she receives so much support from followers and family and is giving her best to secure her daughter’s future.

She also added that education is her first priority and will always encourage her daughter to put education before popularity.

Savannah LaBrant loves taking pictures and travelling. As a child she loved dancing as well and has thus enrolled her daughter into dance lessons and gymnastics. Savannah juggles life in the gym, signs photography assignments, creates fresh vlogs and content for her channel as well as takes her daughter to playschool. However, even with a packed schedule she finds time to eat healthy and look stunningly beautiful. She considers makeup an art and is enthusiastic about dressing up her daughter. She would opt for a day at the beach at any given time and when it comes to jewelry the pretty mother leans towards gold over all other metals.

Savannah LaBrant was born Savannah Rose Soutas on March 2, 1993, in Orange County, California, into a Christian family. Her mother, Deborah Soutas, had always encouraged her to live her dreams.

She has an elder sister, Chantelle Paige, who is a well-known pop-singer and a vocalist of the R&B girl band Flipsyde.

Savannah dropped her education after the birth of her daughter Everleigh when she was nineteen. The baby girl was born from her previous relationship with Tommy Smith.

She is currently pursuing a bachelor’s degree in University and is working full-time as a photographer and fashion blogger. Savannah became successful after the birth of her daughter and by the time her daughter was two, life began to fall into place for her.

She met Cole LaBrant, the prominent Vine star from the group/ collaborative channel Dem White Boyz in 2016 and the couple got engaged shortly afterwards on 22nd January, 2017. They got married in 2017.

Savannah and Cole welcomed a daughter named Posie Rayne in December 2018 and a son named Zealand in July 2020. She has a daughter named Everleigh from a previous relationship with Tommy Smith. In November 2021 she announced that she was expecting her fourth child. On June 7, 2022, her fourth daughter was born.