Samuel Atkinson Waterston better known as Sam Waterston is an accomplished American actor, director and producer. For his insatiable performance in the British film ‘The Killing Fields’, he earned an academy nomination. He earned several nominations for his portrayal of Jack McCoy in the police procedural-legal drama ‘Law & Order’ as well. Born into a knowledgeable home, he used his talent to create an indelible place for himself in the entertainment industry. Beginning his career as a theatre actor, he soon paved his way into television and films. For the five decades of unblemished work in the industry, he is inducted into the ‘American Theatre Hall of Fame’ and is placed on the ‘Hollywood Walk of Fame’. He is globally recognised for his excellent characterisation of Abraham Lincoln, both on stage and on screen such as the Broadway play ‘Abe Lincoln in Illinois’ and the TV series ‘The Civil War’. His more recent works include the TV political series ‘The Newsroom’, the independent 2015 drama film ‘Anaesthesia’ and the 2016 political thriller movie ‘Miss Sloane’. 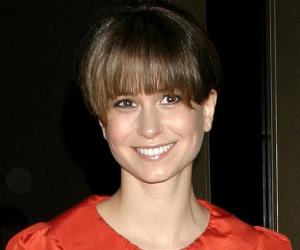 American People
T V & Movie Producers
American Men
Massachusetts Actors
Yale University
Childhood & Early life
Sam was born on 15th November, 1940 at Cambridge, Massachusetts to Alice Tucker and George Waterston. His mother was a landscape painter, while his father was a linguist and amateur dramatist.
He grew up with his three siblings and attended ‘Brooks Boarding School’ and ‘Groton School’, a preparatory institute in Massachusetts. When he was seven he made his first stage appearance in the play ‘Antigone’ which was directed by his father.
After completing high school, he joined ‘Yale University’ on a scholarship. He studied French and History at the university and was a member of the ‘Yale Dramat’, a drama society.
During his college days, he studied for a while in ‘Sorbonne’ Paris and participated in the ‘American Actors Workshop’ conducted by John Berry. In 1962, he acquired a ‘Bachelor of Arts’ degree from ‘Yale University’.
Continue Reading Below
You May Like

The Hottest Male Celebrities With The Best Abs
Theatrical Career
Sam began his career taking up small roles in theatres. He earned major roles in several plays after moving to New York City. A few of his early plays were ‘Oh Dad, Poor Dad’, ‘I’m Feelin’ So Sad’ and ‘Mama’s Hung You in the Closet’.
Slowly pacing towards Broadway, one of his most memorable performances was his role of Thomas Lewis in the drama ‘The Trial of the Catonsville Nine’. It later moved to the Lyceum Theatre after numerous sold-out shows.
What followed was a series of outstanding performances in several Shakespearean plays such as his role of Laertes in ‘Hamlet’, Benedick in ‘Much Ado about Nothing’ and Prospero in ‘The Tempest’.
Film & TV Career
He made his film debut in 1965 with ‘The Plastic Dome of Norma Jean’ and then appeared in the 1967 film ‘Fitzwilly’. He reprised the role of Benedick in a television drama of ‘Much Ado about Nothing’.
In 1973, he was cast in a supporting role in the TV film ‘The Glass Menagerie’ with Katharine Hepburn and starred in many other TV shows like ‘Dr. Kildare’, ‘Hawk’ and ‘The Good Lieutenant’.
Around the same time, he appeared in the comedy ‘Rancho Deluxe’ alongside Jeff Bridges in 1975 and was also cast in the films ‘The Great Gatsby’ and ‘Journey into Fear’.
In 1981, he played the title character in the BBC show ‘Oppenheimer’. His role in ‘The Killing Fields’ earned him an ‘Oscar’ nomination. Films such as ‘Finnegan Begin Again’ and the 1984 Gore Vindal’s ‘Lincoln’ added more feathers to his bonnet.
He was later cast in ‘Assault at West Point’ alongside Samuel L. Jackson, The Man in the Moon and Mindwalk.
From 1986 to 1989, American filmmaker Woody Allen signed Sam for many of his blockbuster movies. He played David in the comedy film ‘Hannah and Her Sisters’, Peter in the movie ‘September’ and Ben in the existential comedy-drama ‘Crimes and Misdemeanours’.
Continue Reading Below
Memorable Performances
He starred in the TV series ‘I’ll Fly Away’ as Forrest Bedford, ‘Amazing Stories’ in the episode ‘Mirror Mirror’ and as the US President in the TV film ‘The Enemy Within’.
On 21st September 1994, Sam Waterston starred in the fifth season of the TV police procedural crime drama ‘Law & Order’ which first aired on NBC. The show ran until 24th May, 2010 after completing 20 successful seasons.
He played the main role of District Attorney, Jack McCoy till the final season and remained the second longest serving cast of the show. He was declared a living landmark for his long-standing performance in the show by the ‘New York Landmark Conservancy’.
Known for his innumerable performances as the 16th US President, Abraham Lincoln, Sam went on to deliver the famous ‘Cooper Union Lincoln Speech’ at the ‘National Constitution Center’ in Philadelphia on 5th May, 2004.
He became a voice actor in the animated TV drama ‘Family Guy’ as well as narrated the documentary film ‘The Great Race’. In 2008, he portrayed remarkable talent as an actor with his performance of Polonius in the play ‘Hamlet’ by ‘Shakespeare in the Park’ production.
Present Work
Sam Waterston took television by storm once again in 2012 with his role as Charlie Skinner in the HBO series ‘The Newsroom’. The same year, he also appeared in the web comedy drama ‘Grace & Frankie’.
In the 2015 ‘Anesthesia’, Sam Waterston played the main role of Professor Walter Zarrow, and enacted the part of Prospero under Michael Greif’s direction of ‘The Tempest’.
In 2016, he appeared as George Dupont, in John Madden’s political thriller ‘Miss Solane’ alongside Jessica Chastain and Mark Strong.
Major Works
The 1978 drama ‘Interiors’ directed by Woody Allen gathered applause for a stellar performances from the film cast. It grossed over 10.3 million at the box office with ‘The New York Times’ labelling the movie “beautiful”.
The film ‘Lincoln’ released in 1988, in which Sam Waterston played the lead role alongside Mary Tyler Moore. The film was directed by Lamont Johnson and received positive reviews from movie critics, stating that Waterston’s outstanding performance was difficult to frame in sentences.
In the movie ‘The Man in the Moon’, Sam plays the lead role of Matthew Trant, father of Maureen and DaniTrant in the coming of age drama. The film ranked 8 on the top 10 films of 1991.
Awards & Achievements
He received his first award in 1993 at the ‘Golden Globe Awards’ as ‘Best Actor – Television Series Drama’ for ‘I’ll Fly Away’. He also earned the ‘Screen Actors Guild Award’ in the category of ‘Outstanding Performance by a Male Actor in a Drama Series’ for ‘Law & Order’.
Personal Life & Legacy
Sam divorced Barbara Rutledge-Johns in 1975 and married Lynn Louisa Woodruff, a former model, in 1976. He has one son named James from his first wife and three children - Katherine, Elisabeth and Graham from his second wife.
A philanthropist at heart, he has actively supported organisations like ‘Refugees International’, ‘Oceana’, ‘Meals on Wheels’ and ‘The United Way’ and has received an award for his support towards refugees around the globe.

See the events in life of Sam Waterston in Chronological Order