Sakamoto Ryoma was a low-ranking Japanese samurai who was instrumental in forging the Satsuma-Choshu Alliance, which played a crucial role in the Meiji Restoration in 1868. He was one of the most popular historical figures of the Edo era. He was a visionary leader who was well ahead of his time. While many of his contemporaries believed in the violent overthrow of the Tokugawa Shogunate, he believed in peaceful restoration of power to the Emperor. He used his diplomatic skills to bring peace between Satsuma and Choshu clans. He envisioned a modern and unified Japan which would be able to compete with the Western world in the field of technology, industry, and military. In order for Japan to modernize, he believed that the power had to be first restored to the Emperor. Though he died at the young age of 31, Ryoma was able to set the stage for the Meiji Restoration. That is why he is often cited as the father of modern Japan today. Lucretia Mott
DID WE MISS SOMEONE?
CLICK HERE AND TELL US
WE'LL MAKE SURE
THEY'RE HERE A.S.A.P
Quick Facts

Sakamoto Ryoma was born on January 3, 1836, in the Tosa province of the Shikoku Island. He was born in a rich clan of sake brewers. His grandfather had paid to attain the rank of merchant samurai, which is also referred to as Goshi. Though the position was that of a low rank samurai, it still had its privileges.

His father, Sakamoto Hachihei-Naotari, was a successful businessman who ran an emporium.

The young Ryoma was not good in studies and was bullied at school. When he was fourteen years old, his older sister got him enrolled in fencing classes to learn swordsmanship.

With discipline and practice, he became an excellent swordsman. His father noted his son’s exceptional talent and decided to send him to Edo, which is known as Tokyo today, to further hone his talent.

The year, 1853, was an important year in the life of Sakamoto Ryoma because that was the year when Commodore Matthew C. Perry of the US Navy sailed his ships into the Uraga Bay and gave the Shogunate one year to open up Japan to foreign trade. In Japanese history, this event is referred to as the “arrival of the black boats”.

“The arrival of the black boats” left a lasting impression on Sakamoto Ryoma. It became clear to him and others that if Japan was to repel the invaders, it had to first consolidate power under the Emperor and modernize.

The warrior class felt humiliated by the arrival of the black ships and thus began the Sonno joi movement, which roughly translates into “revere the Emperor and expel the barbarians.”

In 1854, Sakamoto Ryoma took a break from studies and returned to Tosa. It was during this time that he met Kawada Shoryu, who taught Ryoma about Western politics, culture, social systems, and economy.

In 1856, Sakamoto Ryoma returned to Edo to finish his studies. Soon he received the highest ranking in school and started teaching there.

After finishing his studies in 1858, he returned to Tosa. Here he met Takechi Zuizan, who was his childhood friend. Takechi and Ryoma joined the Tosa Loyalist Party, Kinnoto, whose goal was to unite all the clans to overthrow the foreigners. Ryoma was given the task of convincing the Choshu clan to join their movement.

Tosa Loyalist Party was not successful in its goal because there was lot of class discrimination and they believed in violence as a means of achieving their goals. Ryoma soon got disenchanted with the party and left.

In 1862, Sakamoto Ryoma decided to leave his clan and become a class-less samurai. In those days, leaving the clan without permission was punishable by death.

In December of 1862, Ryoma joined hands with Katsu Kaishu, who was a high ranking official in the shogun government and whom he had gone to assassinate. Katsu was able to convince Ryoma about the importance of Japan having a strong navy. Katsu taught him a lot about ships and shipping business.

In 1863, after securing pardon for Ryoma for leaving the clan without permission, Katsu made him head of the new naval school that he established in Kobe. Sakamoto Ryoma trained more than 300 samurai, many of whom were classless, and began teaching them how to handle ships.

In 1864, the Kobe Naval Training Center was ordered to be closed and it shut down the following year after it was found that some of its students from the Choshu clan were involved in the attack on the Imperial Palace.

In 1864, Ryoma arrived in Nagasaki and established the Kameyama Shachu. It was later called, the Kaientai ( Maritime Support Force), and is often touted as the first corporation in modern Japan.( The company was both a naval defense and shipping firm.

In 1866, Ryoma saw an opportunity to bring the Satsuma clan and Choshu clan together to defeat the Tokugawa shogunate government.

The first assassination attempt on Ryoma was made in March of 1866, after the Shogunate learned that he was working on the Satsuma and Choshu Alliance. Ryoma, along with his bodyguard, Miyoshi Shinzo, were badly injured in the attack.

He took a 92 days break in Kagoshima with his wife, O-Ryou. Soon after returning from his break, he began to hold talks with various parties regarding the restoration of power to the Emperor.

While some clans thought that only a war could bring down the Shogunate, Sakamoto Ryoma worked towards peaceful restoration of power. On 13 October, 1867, the leaders of forty clans issued a joint statement that agreed with Ryoma’s view on the restoration of power to the Emperor.

On November 9, 1867, Yoshinobu, the leader of the Shogunate, stepped down. However, Ryoma did not live to see the Meiji Restoration, which began in 1868. He was assassinated on December 10, 1867.

The Satsuma and Choshu Alliance is one of the major achievements of Sakamoto Ryoma. The Alliance changed the course of Japan’s history because it weakened the Shogunate government.

The Meiji Restoration could not have been possible without the contribution of Ryoma. He was the key figure who brought all the parties to the table and made it possible for the power to be restored to the Emperor peacefully.

It was around 1864 that Sakamoto Ryoma met Narasaki Ryo, his wife, at the Teradaya House, which is located in Kyoto. They got married in 1864.

Sakamoto Ryoma was assassinated on 10 December 1867. It has never been clearly established who was responsible for his death.

See the events in life of Sakamoto Ryōma in Chronological Order 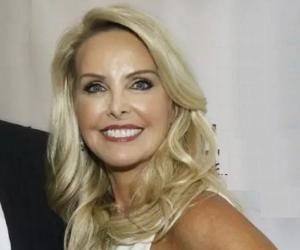 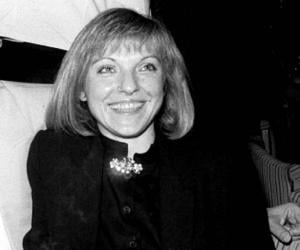 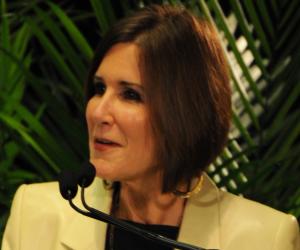