Henry Aronofsky is the son of American filmmaker and screenwriter Darren Aronofsky, and English actress Rachel Weisz. While his father is known for directing critically acclaimed films, such as ‘Pi,’ ‘Requiem for a Dream,’ and ‘The Wrestler,’ his mother is best known for playing Evelyn Carnahan in ‘The Mummy.’ Henry Aronofsky’s parents went their separate ways when he was just four years old. However, his parents decided to raise him together in New York City where he currently resides with his mother and stepfather, Daniel Craig. Though he seldom makes public appearances, he is often seen strolling around New York City alongside his famous mother. 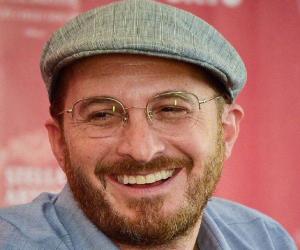 American People
Gemini Men
Rise to Fame
Henry was born Henry Chance Aronofsky on May 31, 2006, in New York City, New York, USA, to Rachel Weisz and Darren Aronofsky. Weisz and Aronofsky started dating in the summer of 2001. They got engaged in 2005 before Henry’s birth. The family then lived in the East Village in Manhattan. When Henry was four years old, Weisz and Aronofsky separated. They also said that they would raise their son together in New York City. Despite their best effort to keep their son away from the limelight, their separation caught the attention of the media which in turn flung Henry into the spotlight.
Henry caught paparazzi’s attention once again in 2011 when he was spotted at ‘Newark International Airport’ along with his mother and stepfather, Daniel Craig. He was one of the four guests who attended Daniel Craig’s low-key wedding with Rachel Weisz. In 2012, Henry was once again seen with his stepfather and mother when the family spent time together over dinner in New York City. In December 2016, Henry joined his mother and Craig’s friend Mark Strong as the trio stepped out to support Daniel Craig who was playing an important part in Shakespeare's ‘Othello’ in a theatre production in New York City.
In February 2018, 11-year-old Henry was seen strolling around the city of London alongside his famous mother. The mother-son duo was seen wearing beanie hats among other accessories to keep them warm. Later that year, Rachel Weisz and Henry Aronofsky were spotted in New York City where they were celebrating ‘Mother's Day.’ Henry was seen holding a bouquet of pink roses, which he later handed over to his mother. Henry is close to his mother and often spends quality time with her. He is also frequently spotted with his stepfather and the two seem to get along well.
You May Like

Who Is The Most Popular BTS Member?
Continue Reading Below
Family & Personal Life
Henry Aronofsky welcomed his half-sister in 2018, when Rachel Weisz gave birth to her daughter from her marriage with actor Daniel Craig. Aronofsky is also close to his stepsister, Ella Craig, who was born from Daniel Craig's previous marriage with actress Fiona Loudon. Though he stays with his mother, Henry Aronofsky visits his biological father, Darren Aronofsky, regularly. He currently lives in New York City where he is pursuing his education.
You May Like