Saif Ahmed Belhasa is an Emirati businessman and the chairman of ‘Saif Belhasa Group.’ Belhasa owns many companies in various sectors like energy, transportation, trading, real estate, advertising, technology, education, etc. ‘Belhasa Group of Companies’ is regarded as a prominent contributor to the economic development of the United Arab Emirates (UAE). Saif Ahmed Belhasa is one of the most successful and wealthiest businessmen in Dubai. In 2007, Belhasa received the prestigious ‘CEO Middle East Business Expansion Award.’ In 2013, he was placed at number 38 in the list of ‘The Strongest Arabs.’ In 2014, Belhasa was named in the ‘Arabian Business’ magazine’s list of ‘World’s 100 Most Powerful Arabs.’ Belhasa owns Dubai’s largest swimming pool construction company which received seven awards at the ‘Master Pools Guild Excellence Awards’ for the year 2011. Kate Moss
DID WE MISS SOMEONE?
CLICK HERE AND TELL US
WE'LL MAKE SURE
THEY'RE HERE A.S.A.P
Quick Facts

Emirati People
Taurus Men
Early Life & Career
Saif Ahmed Belhasa was born in 1966, in Dubai, United Arab Emirates. After graduating from ‘Al Ain University’ in 1988, he went on to pursue higher education in the United States of America. After returning to Dubai, Belhasa joined his father’s company, which was established in the 1960s. He worked in his father’s company for five years, gaining exposure and knowledge in all departments. He then became the general manager of the company before taking over his father’s business. Belhasa established ‘Saif Belhasa Holding Company’ in 2001. His first company, ‘Belhasa Driving Centre,’ which was started with 15 cars, remains close to his heart. The company currently has 650 cars and serves drivers who enroll at the driving center to earn their driver’s license. After starting his first company, Belhasa worked towards expanding his business. ‘Belhasa Group of Companies’ currently consists of more than 23 establishments in various sectors. He has businesses ventures outside the United Arab Emirates as well.
Continue Reading Below
Philanthropy & Other Work
Saif Ahmed Belhasa believes in giving back to the society. He often participates in activities organized by several charity organizations. He also helps fellow human beings at the time of crisis. Belhasa donated a huge amount of money to the ‘Pakistan Flood Victims Program.’ Non-profit organizations that have benefited from his humanitarian works include ‘Dubai Autism Center,’ ‘Manzil Center,’ and ‘Al Noor Training Centre for Children with Special Needs.’ Belhasa has also served as the chairman of a professional football club, ‘Al-Shabab FC.’ He is currently associated with the ‘Chamber of Commerce and Industry of Kazakhstan’ and serves as its commercial advisor.
Family & Personal Life
Saif Ahmed Belhasa is married to Sarah Belhasa. The couple is blessed with three children - Abdulla, Mayed, and Rashed. Their youngest son, Rashed, is an internet celebrity who owns the popular YouTube channel ‘Money Kicks.’ Abdulla and Mayed are professional football players and are part of the UAE national team. Belhasa loves spending time with his family. He enjoys sailing and fishing with his family at Palm Jumeirah. He also loves traveling to Europe. His favorite holiday destination is France where he owns a house at Évian-les-Bains. Since he is an avid traveler, he encourages his employees to travel along with their respective families. In fact, the managers working in his companies enjoy fully paid trips to European countries every now and then. Belhasa loves watching football. His favorite football clubs are ‘FC Barcelona’ and ‘Al-Shabab FC.’
Breeding horses is one of his favorite pastimes. He once had 60 horses but currently owns 10 horses as it is difficult to raise horses in Dubai’s harsh climate. 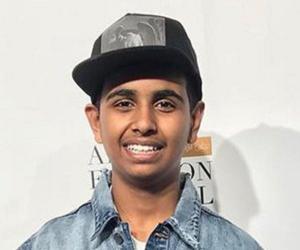 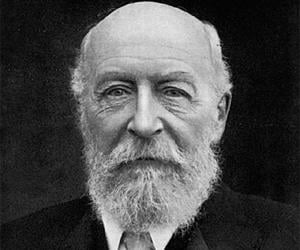 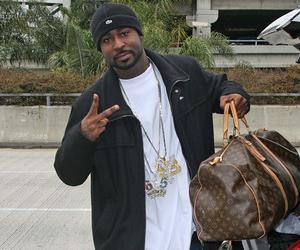