Susan Diane Wojcicki is a technology executive, presently working as the CEO of the video-sharing website, YouTube. Wojcicki started her career by working as a management consultant in R.B. Webber & Company and Bain & Company after completing her master’s degree in economics from University of California and a master’s in Business Administration from UCLA Anderson School of Management. She also worked in the marketing division of Intel. She then became the first marketing manager of Google and her contributions helped her climb several rungs up the career ladder to become Senior Vice President of Advertising & Commerce. Two of the largest acquisitions of Google, namely DoubleClick and YouTube were handled by her. She was ranked number six on Forbes list of ‘The World's 100 Most Powerful Women’ in 2017. She also supports several social causes like prioritizing coding in school, opposing gender bias in tech companies, expansion of paid parental leave and Syrian refugee crisis among others. Barron Hilton
DID WE MISS SOMEONE?
CLICK HERE AND TELL US
WE'LL MAKE SURE
THEY'RE HERE A.S.A.P
Quick Facts

American People
Polish People
American Women
Polish Women
Harvard University
University Of California, Santa Cruz
Childhood & Early Life
Susan was born on July 5, 1968 in Santa Clara County, California, US. Her Polish American father, Stanley Wojcicki, worked as a physics professor at Stanford University in California, while her Jewish mother, Esther Wojcicki, worked as an American educator, journalist and Vice Chairperson of the Creative Commons advisory council.
She has two sisters – Janet Wojcicki, an epidemiologist and anthropologist, associated with the University of California, and Anne Wojcicki, an entrepreneur and CEO of ‘23andMe’, a California based personal genomics and biotechnology firm.
Susan studied at Gunn High School, located in Palo Alto, California. She was a brilliant writer and used to write for the school’s newspaper.
In 1986, she enrolled at the Harvard University and completed her graduation in 1990 with a major in literature and history. Initially, she wanted to build a career in academics and hence wanted to obtain a PhD in economics. However, she changed her mind after coming across technology.
She attended the University of California in Santa Cruz and obtained her master's degree in economics in the year 1993. She also earned a master's in Business Administration in 1998 from the UCLA Anderson School of Management.
Continue Reading Below
Career
Wojcicki started off her career by working as a management consultant in R.B. Webber & Company and in Bain & Company. She also worked for Intel in the marketing division at the company’s headquarters, located in Santa Clara, California.
In September 1998, she lent her garage in Menlo Park to her friends, Larry Page and Sergey Brin, to establish their office. The American multinational technology company, specialising in Internet-related products and services was incorporated on 4th of that month.
In 1999, she was inducted as the first marketing manager of Google. After working on the viral marketing programs and Google doodles, she eventually started developing services, such as Google Images and Google Books which were launched in July 2001 and October 2004 respectively.
Her contribution towards the development of Google, which only augmented over a period of time, saw her earning the position of Senior Vice President of Advertising & Commerce.
She headed the analytic and advertising products of Google, such as online advertising service ‘AdWords’, freemium web analytics service ‘Google Analytics’ and CPC (cost-per-click) advertising program ‘AdSense’.
She then supervised the Google video services. As YouTube, a video-sharing website developed in February 2005 by Chad Hurley, Jawed Karim and Steve Chen, started competing against Google video service, Wojcicki initiated the proposal of acquiring YouTube.
Wojcicki handled the acquisition of YouTube which is considered as one of the largest take-overs by Google as it purchased the video-sharing website for 1.65 billion US dollars in November 2006. The following year, she handled yet another large acquisition of Google as the company bought DoubleClick for $3.1 billion.
She then took charge as the CEO of YouTube in February 2014. Since then, the percentage of female employees in the company has increased from 24 to around 30. She supervised the launch of different YouTube applications that targeted the users those who were interested in contents pertaining to music, gaming and family.
She also supervised the release of YouTube Red, a paid streaming subscription service of YouTube and YouTube TV, an over-the-top (OTT) internet TV service of the video-sharing website. According to an announcement made by the company, YouTube gained 1.5 billion users within a month with users viewing the site one billion hours a day.
After she became the CEO, the policy on videos were made stricter. YouTube implemented several stringent policies after a British national newspaper mentioned that videos supporting terrorist groups were found easily on the video-sharing website. It also claimed that some of its ads and that of other private organizations had appeared just before the commencement of such videos.
In 2015, her name appeared in the Time’s list of 100 most influential people. The magazine also tagged her as ‘the most powerful woman on the internet’ in one of its issues. That year, she was also ranked number 27 in the New Establishment list of ‘Vanity Fair’, a popular culture, current affairs and fashion magazine.
She came up with her own YouTube channel on September 28, 2017, and posted her first video, ‘My First Video – Advice From Creators’. The video was aptly titled, as it included an array of clips from several YouTube content creators. As of now, the channel has more than 15,000 subscribers.
Personal Life & Legacy
On August 23, 1998, she married Dennis Troper in Belmont, California. A mother of five, Wojcicki has remained a strong advocate of paid parental leave.
She has been candid about the significance of maintaining a balance between work life and family. Prior to her fifth maternity leave, she penned down an op-ed piece on December 16, 2014 in the Wall Street Journal which explained the importance of paid maternity leave.
She holds a US citizenship as well as a Polish citizenship.
Trivia
Sergey Brin was her brother-in-law from 2007 to 2015 as he was married to her sister, Anne.

See the events in life of Susan Wojcicki in Chronological Order 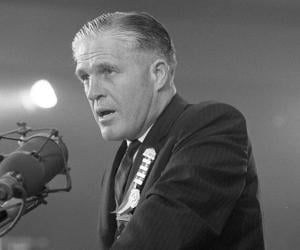