Advanced Search
Alex Iwobi is a Nigerian national footballer who plays for ‘Premier League’ club 'Arsenal.' He relocated to England at the age of four and became a member of 'Arsenal' at the age of eight. He has the distinction of playing for the English junior team in the under 16, 17 and 18 level in international football. Iwobi made his debut in the League Cup for Arsenal in the Round of 16 followed by his Premier League debut in a win over Swansea City. He played his first Champions League match as a substitute against Bayern Munich. He was a regular playing member of the Arsenal squad in the 2015 – 2016 and 2016 – 2017 FA Cup and the team that won the Community Shield. He made his debut for the Nigerian senior football squad in a friendly match against DR Congo and was also part of the Nigerian 35 member squad for the 2016 Summer Olympics but had to pull out before the final squad was announced due to injury. He was instrumental in his country qualifying for the 2018 FIFA World Cup by scoring a goal against Zambia. He is presently in the prime of his physical fitness and has the potential to further improve his ratings in professional football. Ryan Sessegnon
DID WE MISS SOMEONE?
CLICK HERE AND TELL US
WE'LL MAKE SURE
THEY'RE HERE A.S.A.P
Quick Facts

British People
Male Sportspersons
British Sportspersons
Taurus Football Players
British Football Players
Childhood & Early Life
Alexander Chuka Iwobi was born on May 3, 1996, in Lagos, Nigeria. His father, Chuba Iwobi, played amateur football and was a lawyer by profession. Alexander was very close to his sister, Marie, and his uncle, Jay Jay Okocha, who is a former professional footballer. The family was well to do financially.
Iwobi and his family relocated to Turkey when he was two years old. Two years later they moved to England to be with Jay Jay Okocha. Alexander was brought up in an east London estate near Bolton Wanders from where he did his schooling.
He became good friends with Tyrell Robinson, with whom he started playing football in the neighbourhood of his home. Both boys went on to become professional footballers. While Iwobi played for Arsenal, Tyrell grew up to play for Bradford City. They remained in touch with each other as their respective careers progressed.
Alex became a member of Arsenal at the age of eight, when he was still in primary school. During his initial days with the club he had a difficult time juggling with the pressures of his studies and sports. He made his first appearance in a League Cup as a substitute against West Bromwich Albion at the age of 17 and signed a long term contract with the club by the time he was 19 years old.
He played for the English junior team at the under 16, under 17 and under 18 level in international football and was part of their winning squad in the 2011 Victory Shield that is an annual tournament for under 16 teams.
Continue Reading Below
Career
Iwobi made his debut as a starter in the League Cup for Arsenal in a match against Sheffield Wednesday in the Round of 16 in October 2015. This was closely followed by his Premier League debut in a win over Swansea City at the Liberty Stadium. He played his first Champions League match as a substitute against Bayern Munich.
During the 2015 – 2016 FA Cup Iwobi appeared as a regular starter for Arsenal in their wins against Sunderland and Burnley in the third and fourth rounds respectively. He appeared as a starter for the club for the first time in a Champions League match against Barcelona. He was also instrumental in the wins of the club against Everton and Watford against whom he scored two goals in the Premier League.
He was a regular playing member of the Arsenal squad in the 2016 – 2017 FA Cup where they won Chelsea in the finals by two goals to one. He again was part of the team that won the Community Shield.
He made his debut for the Nigerian Super Eagles senior football squad in a friendly match against DR Congo in 2015. He was also part of the Nigerian 35 member squad for the 2016 Summer Olympics but had to pull out before the final squad was announced due to injury. In 2017, he scored a goal for his home country against Zambia that helped them qualify for the 2018 FIFA World Cup in Russia.
Iwobi has gained a reputation of being a valuable striker as well as an all-rounder who is capable of playing in any position when required. He has a large following of fans in his home country as well as around the globe who appreciate his skill with the ball. He is still in the prime of his youth and has the potential to display a lot of good football in the days to come.
Appearances & Goals
Alex Iwobi made 21 appearances for Arsenal in the 2015 – 2016 season and scored 2 goals.
During the following season he made 38 appearances for the club and scored 4 goals.
In the current season he has made 30 appearances and scored 2 goals.
He has made a total of 14 appearances for the Nigerian national team and scored 4 goals.
Continue Reading Below
Awards & Achievements
Alex Iwobi was awarded the Young Player of the Year by the Confederation of African Football in 2016.
He was also listed as a member of the Confederation of African Football Team of the Year in 2016.
He was part of the Arsenal team that won the 2016 – 2017 FA Cup and the 2015 and 2017 FA Community Shield.
In 2011 he was a member of the English youth team that lifted the Victory Shield.
Personal Life
Alex Iwobi comes from a well to do family and has dual citizenship of Nigeria and England. He has employed Base Soccer Agency Ltd as his manager. His uncle, Jay Jay Okocha, has been his mentor from his childhood and continues to guide him in his professional football career.
He is close to his parents who have taught him to value his original roots. He still lives with his parents who help him invest his earnings from football. Though they are well to do financially, they live a simple and humble lifestyle.
He was in a relationship with a UK based model named Clarisse Juliette for four years. They were often seen together on social media. However, the couple broke up in 2017 as his girlfriend suspected him of infidelity. His present status is single.
Trivia
He entered in to a contract with Arsenal in July 2015 and has remained with them ever since. His current contract is up to June 2020.
In the 2016 – 2017 season he changed his jersey number from 45 to 17 as a result of Alexis Sanchez taking up number 7 vacated by Tomas Rosicky. He is a versatile player and has played in almost all positions. However, he normally plays as a striker – left wing and has been nicknamed ‘Big 17’.
Alex Iwobi has faced criticism for partying 36 hours before a 2018 FA Cup match after a video showing him dancing was uploaded on social media. However, he was not involved in drinking or any kind of drug abuse.

See the events in life of Alex Iwobi in Chronological Order 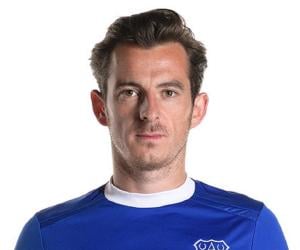