Ryan Cummings is an American cheerleader who has won several championships as a member of the Cheer Extreme Allstars team in North Carolina. In early 2018, she became popular as the 'Smug Cheerleader' and 'the sassy girl from Twitter' after a Twitter user shared a clip from her appearance at the 'Spirit of Hope National Championship' in Charlotte. Her sassy expression immediately became a viral meme which millions of users viewed and shared to express different, often funny, moods. As a competitive cheerleader, she is a silver and bronze medalist, and has won two 'Triple Crown Championships', two 'The Majors Championships', and four summit championships. In 2018, she signed a sponsorship deal with Nfinity, a sports company that specializes in women’s clothing, and later that year appeared as an Nfinity girl. She was previously part of the Nfinity Generation Next Camp in 2017. She is an Instagram star with 368k followers, and also has her own YouTube channel. She has also appeared on several episodes of the series 'Sr Elite Beneath The Crown' on the official 'Cheer Extreme' YouTube channel. 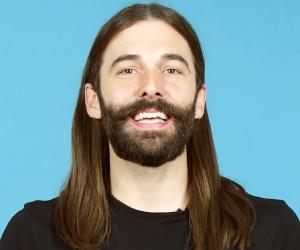 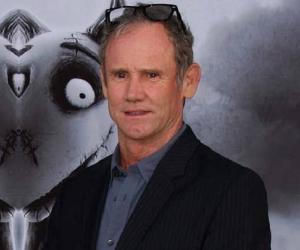 Hamnet Shakespeare
Continue Reading Below
DID WE MISS SOMEONE?
CLICK HERE AND TELL US
WE'LL MAKE SURE
THEY'RE HERE A.S.A.P
Quick Facts

Hamnet Shakespeare
Rise to Stardom
In January 2018, at the age of 13, eighth grader Ryan Cummings inadvertently earned viral fame after a video clip of her sassy facial expression was made into a meme that was liked and shared by millions of people on the internet. She was at the time competing as part of the Cheer Extreme Allstars Senior Elite team in the 'Spirit of Hope National Championship' in Charlotte. As she was getting in position to perform a very high-energy routine, with her game face on, the camera focused on her face, capturing her fierce and determined look. Along with her teammates, she flawlessly performed a series of coordinated back flips, jumps and stunts and were announced the winners of the event. The video of their performance was uploaded on the internet a few days later, following which a Twitter user by the handle @SEtotheleft noticed the unique expression and used a short clip of the video to make a GIF image to share with his tweet. Within days, over 40 million people had viewed the clip, with more and more people sharing it with funny and innovative captions, such as "when my teacher asks me aquestion thinking I'm not paying attention but I get it right." The meme quickly became one of the top 10 memes of all time, and in the process, made her an internet celebrity overnight.
You May Like

The Sexiest Men Of 2020, Ranked
Continue Reading Below
Beyond Fame
Shortly after earning fame online, Ryan Cummings told BuzzFeed that while she was initially overwhelmed seeing her "face on so many social media pages", she eventually thought "It's crazy and it's kind of weird and funny." She also revealed that at the moment when she made that face, all she was thinking was "I really want my team to kill it." Nevertheless, the short clip of her expression not only made her a celebrity to strangers from all over the world, it also made her extremely popular locally. While her friends, too, were among those sharing her meme, even her school teachers were aware of her sudden rise to fame. Her mother, who also saw the clip soon after, found it funny as well.
Like most teenagers in the age of the internet, Ryan banked on her wide recognition by boosting her social media profiles with more pictures and videos from her cheerleading practices and events. She already had a Twitter profile since 2015, and in March 2018, she began posting on Instagram. She also made a YouTube channel in April 2018, even though she began posting videos on the channel in late December 2018, and has uploaded only three videos so far. She subsequently landed sponsorship deals from big brands like Nfinity. However, her hope that her viral fame takes her to 'The Ellen DeGeneres Show', like many others before her, has not been realized.
Family & Personal Life
Ryan Cummings was born on April 26, 2004 in High Point, North Carolina, United States. Her mother's name is Melissa. She began performing as a child and has been active since 2007. She is a member of the Cheer Extreme team's 'Senior Large All Girl 5' division. Her favorite coach is Darnell Harris. According to her, she particularly loves the way cheerleading has helped her developing close bonds with her teammates. She is good friends with fellow cheerleaders Kenley Pope and Bailey Lukens, and they often appear on each other's YouTube channels and social media feeds. She wants to go to North Carolina State University and plans to study zoology or biology. Her longtime goal is to become a veterinarian. She owns a pet cat. An emerging YouTube star, her favorite YouTuber is Emma Chamberlain.